The University of Indianapolis softball team closed out regular season play with wins over Truman State University and Quincy University.

In the first game of the doubleheader against Quincy, senior pitcher Morgan Foley threw her fourth no-hitter of the season. Foley struck out 13 of the batters.

At the plate for the Greyhounds, junior utility Natalie Lalich and senior catcher Jenny Thompson led the team with two hits apiece. Thompson and Senior infielder Cassie Reed each had home runs in the win. UIndy won game one.

In game two, the pitching duties were  split between Foley and senior pitcher Miranda Tamayo. Sophomore outfielder Jessie Noone led the Greyhounds with three hits. Freshman corner infielder Emma Varsbergs had the lone home run of the game. UIndy won 12-3.

Game one had a total of four hits, and three were from the Hounds. Thompson had two hits and junior infielder Katie Kelly had one. UIndy earned a 5-1 win.

The Hounds raked in six hits compared to Truman’s seven, but still came away with a 3-2 win. Defensively, Foley pitched  seven innings and struck out 10.

On April 16-17 the Hounds split a pair of doubleheaders against Maryville University and the University of Missouri-St. Louis. After the split, the Greyhounds’ record fell to 42-3, and they lost their No. 1 overall national ranking. Despite losing the top spot nationally, they retained the No. 1 regional ranking.

Prior to dropping from No. 1, Head Softball Coach Melissa Frost said that a ranking does not mean much if you cannot make it to the World Series. 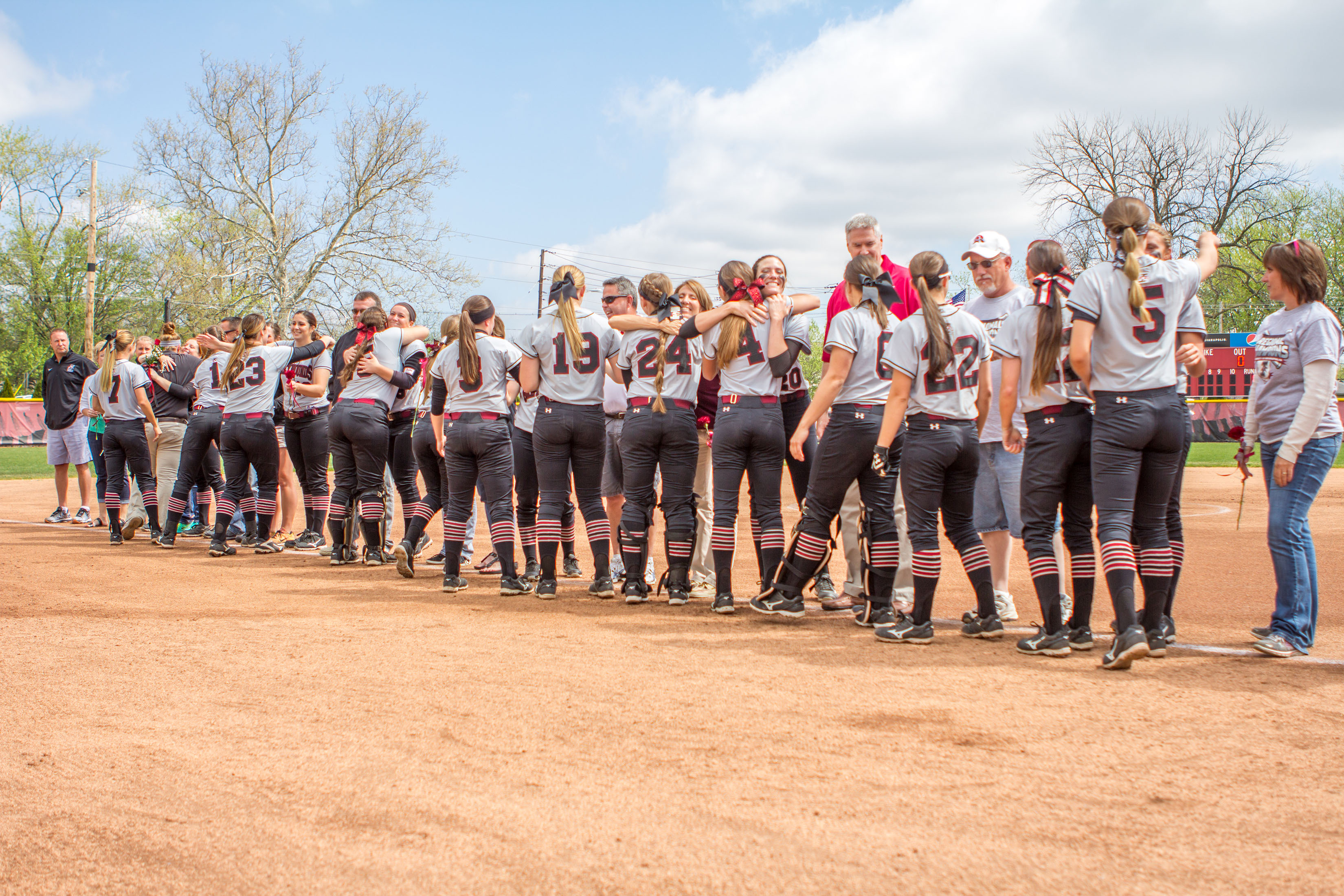 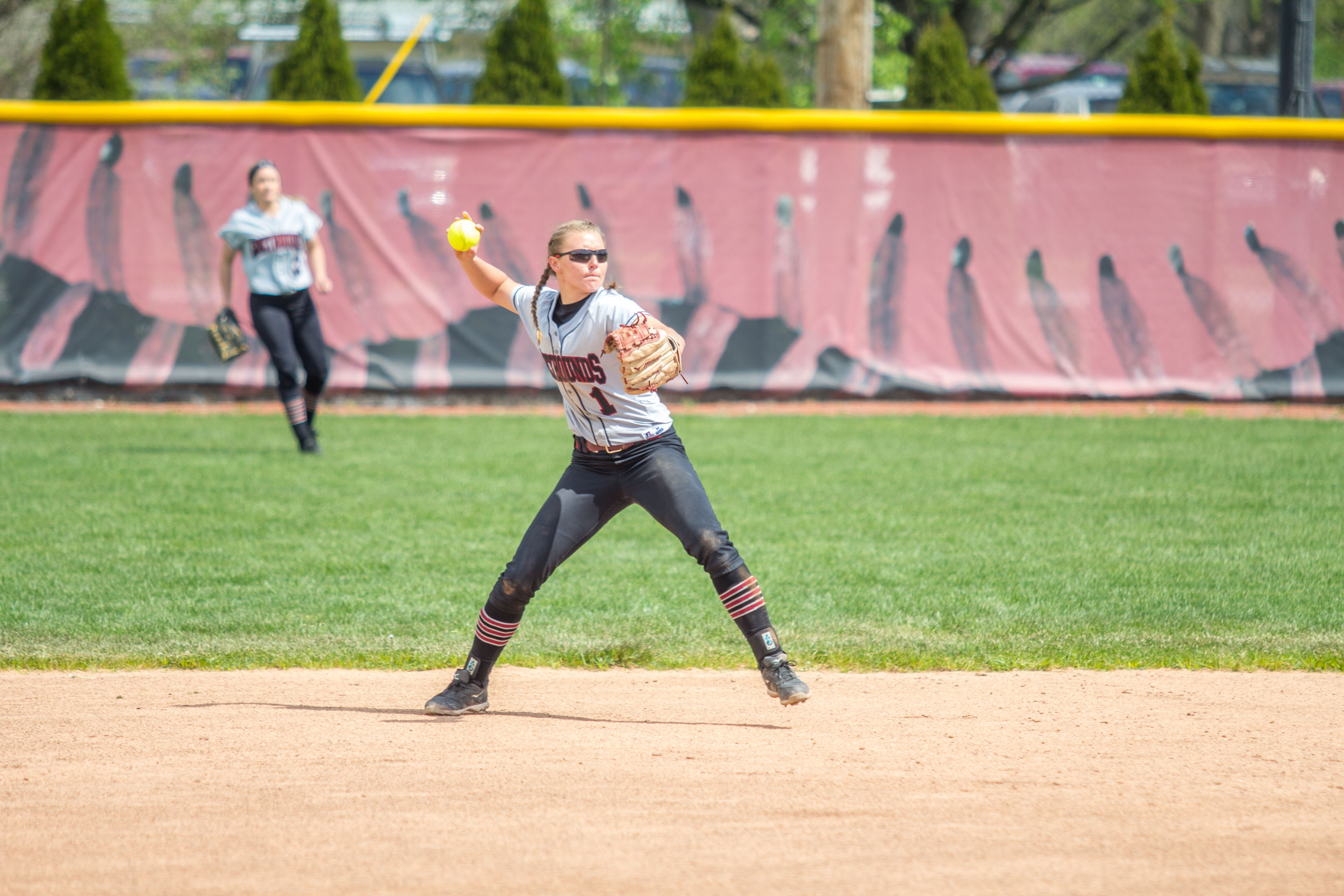 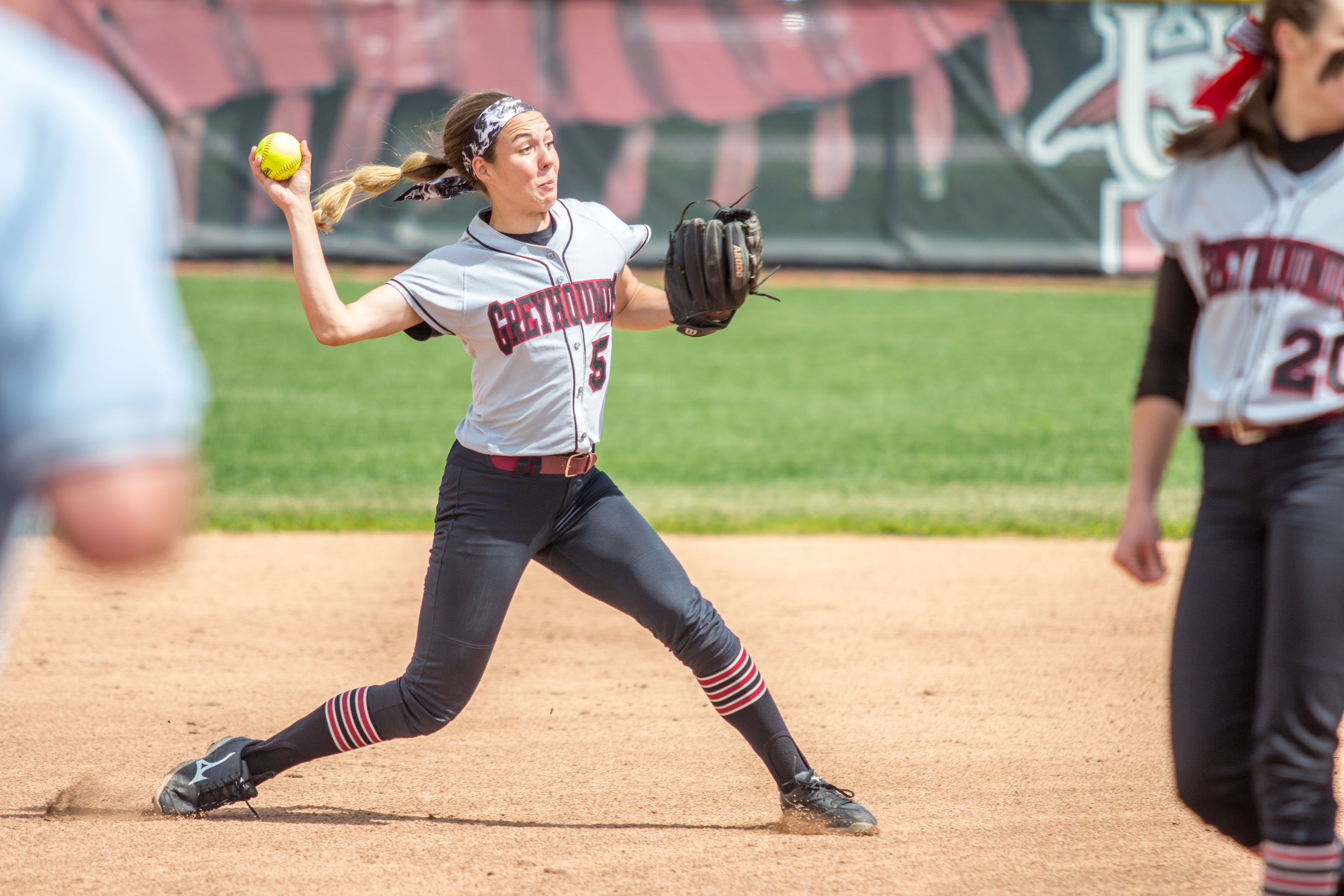 On April 17, the Greyhounds competed against the No. 8 University of Missouri-St. Louis Tritons. UIndy took the first game 3-2.  Foley took the mound against the Tritons and struck out 18, walked two and gave up one hit.

The Tritons were the first to cross the plate and scored two runs in the fourth inning. UIndy responded at the top of the sixth with a string of hits that resulted in a bases loaded situation with Noone up to bat.  Noone cleared the bases and knocked in three RBIs.

Foley took the mound again in game two, giving up two runs; only one of the two was earned. The two runs were enough for UMSL to beat the Hounds, leading to Foley’s second loss of the season.

On April 16, the Hounds split against host Maryville University, dropping the first game 3-2 and winning the second 7-1. In the loss, Foley picked up her first loss of the season, and ended her 30-game winning streak, which is the eighth longest in Division II history.

In game one against Maryville, the Hounds jumped out to an early 2-0 lead in the third inning, which was fueled by an RBI double from junior infielder Katie Kelly. Noone followed with an RBI single that scored a run. Maryville scored two runs in the bottom of the fourth to tie the game, and then in the fifth took a one run lead. The final score was 3-2 in favor of Maryville.

In game two, the Hounds were the first on the board with a run in the third inning and then two more in the fourth. Maryville scored one run in the fifth to make the score 4-1. Heading into the final inning, UIndy sealed the win with four runs at the top of the seventh. The four runs were due to three doubles and a single from the Hounds.

Tamayo tallied seven strikeouts to notch her 11th win on the season.

After splitting the doubleheaders on April 16-17, Lalich said that the Hounds are not doing anything drastically different to prepare for the remainder of the season.

“We’re practicing like we normally would, focusing on hitting and anything we think we can improve on from the past weekend,” Lalich said, “just little things here and there, small tweaks. There’s nothing major, [we’re] just making sure our bases are covered offensively and defensively.”

With the No. 1 regional ranking, the Hounds have a chance to clinch the region and host the regional and super regional tournaments. According to Frost, clinching the division would be a major advantage.

“The biggest thing is to hold that No. 1 spot in the region so that we can host both regional and super regionals,” Frost said. “With us having finals week, being able to play at home would be huge, because we can keep our girls in class and get them buckled down a little bit more academically.”

The Great Lakes Valley Conferences Championship Tournament is set for April 29-May 1.