Audience members make their way to the basement of Esch Hall and into the Studio Theatre for the University of Indianapolis’ production of “It’s a Wonderful Life,” the classic holiday story about the life of George Bailey. In the theater, the lights are low and the space is full of plush couches and chairs. Rugs are strewn about the floor and holiday decorations cover the walls and window. In the middle of the room are four microphones that will be the stage for the show. As audience members find their places, the actors mull about the space remaining in character and talking to the audience, beginning the interactive radio play.

Visiting Professor of Scenic Design for the Department of Theatre and Scenic Designer for the show Alana Yurczyk said “It’s A Wonderful Life” is much different than the shows the theatre department usually produces, and part of this is because of the show’s immersive nature. The actors move about the room when they are not on stage as their first layer characters, college students producing a radio play.

“What they [the audience] are coming to see is how we do radio drama. The whole environment where you are in, you aren’t in a theater, you’re in a radio station,” said Director Kyle A. Thomas, an associate adjunct professor of theatre. “These are actors, but they are voice actors so they aren’t necessarily playing the single character for the entire show that they are voicing for the radio drama. We have expanded upon the theatricality and brought it out into the audience and made the whole space and the whole experience about exposing the interesting parts about what it takes to make a radio drama.”

As the show progresses, cast members like junior theatre and communication major Katie Carter, move around the space, often stepping over and around audience members and their belongings.

Cast members find places around the theater to perch and watch the show or they sit in a line of chairs in front of the tech booth, but it is never for very long. They are often up on their feet moving to and from the microphones and then into the foley area where the cast members produce all of the live sound effects.

“The foley stuff has really just brought the show to a whole other level,” Carter said. “It’s really different. I’ve never done anything like that before… It’s so much fun and it makes the show a lot more interesting.”

In the foley area, the audience can see all of the foley work that is being done and get an inside look into how the sound effects are made for the show. Assistant Professor of Theatre and Foley Director James Leagre said this creates a secondary experience for the audience because they hear the sound and understand how it is made while still feeling like they are in the story. Car horns, telephones, doors slamming, glass breaking, water splashes and wind are just a few of the noises that fill the room in order to enhance the image in audience members’ heads and make it as realistic as possible, according to Leagre.

“Literally the foley art—the sound is, in essence, it is a character in the play,” Leagre said. “It is helping to tell the story. And it’s crucial because it creates transitions, it creates settings.”

The room is dressed to look like a radio studio, including making the booth a part of the set. Yurczyk said where they usually would have used stand lights for minimal lighting, for “It’s a Wonderful Life” the stage managers and tech crew have the lights on so that the audience can see into the booth and see the microphones and radio equipment to enhance the nostalgic feel of the radio station. The actors were also dressed in costumes not specific to any era for the same reason, Thomas said.

“The story is a facilitator of nostalgia for the time period, connection to the play and film, and the audiences experience with the story and film and what they know about it,” he said. “The visual aspects are just about how it’s performed so it really requires the audience to use their own feelings with this particular story to fill these gaps. I’m hoping people of all ages come in and are connecting to some aspect of it that’s for them.”

Saenz plays George Bailey and said that the character is very easy to relate to, making the role more enjoyable. Saenz described “It’s a Wonderful Life” as a heartfelt and classic story about coming of age.

“It’s about a boy who saves his brother’s life, grows up in a small town in America and it’s just about all of the obstacles he faces and his journey from having his dreams change right in front of him,” Saenz said. “And in the end, he gets very depressed with the situations he’s given and so then he kind of wishes he never had been born. And so from that a guardian angel comes down and shows him what life would be like if he was never born…. It’s [a] very heartwarming Christmas tale.”

As the wind chimes ring, the play transitions between George Bailey’s world and the world of his guardian angel, Clarence. As Clarence observes Bailey’s life, audience members will see the actors each bring to life a number of characters, sometimes changing characters back-to-back. Because this is a radio play, the actors are dressed as their first layer characters and rarely interact with each other directly as they speak their lines into a microphone. Sophomore theatre performance and directing major Clayton Rardon plays six characters, including Nick the bartender, Uncle Billy and Bailey’s father. Rardon said it is intense playing many different characters because he had to devise ways to differentiate all of them through voice alone.

“It was a lot of work to figure out which character, what their voice would be like,” Rardon said. “I had to analyze who this character is as a person and how this might affect how they talked. So it took me quite a while and I had to work directly with Kyle, the director, to help me with some of the voices because I was having trouble distinguishing between a couple of the voices.”

Rardon said that he used deeper voices for older characters, kept in mind their education level and life experiences to help shape the way he spoke. Thomas said he encouraged the actors  to explore their characters and voices to push themselves to try new things, even if they think it may be silly.

“To their credit all of them just stepped up and tried a lot of funny and silly and interesting things. They were never scared to just experience and play and have fun with it,” Thomas said. “Through that process, a lot of them were able to find new and interesting voices for their characters as they played with it.”

The work that the cast put in was clear in the eyes of the audience, according to Rardon, Thomas and Carter, as they all seemed to enjoy the show. The studio theater filled up quickly for their preview on Dec. 6 and 12 extra seats were added. “It’s a Wonderful Life” also sold out for the rest of its shows, which were the next two weekends. Carter said this is the best case scenario that they hope for for shows and they couldn’t have expected any better.

“The show was really good,” Thomas said. “The students did a great job. They’ve worked really hard and I think it shows in their efforts and in their production, just how well and how smoothly everything went.” 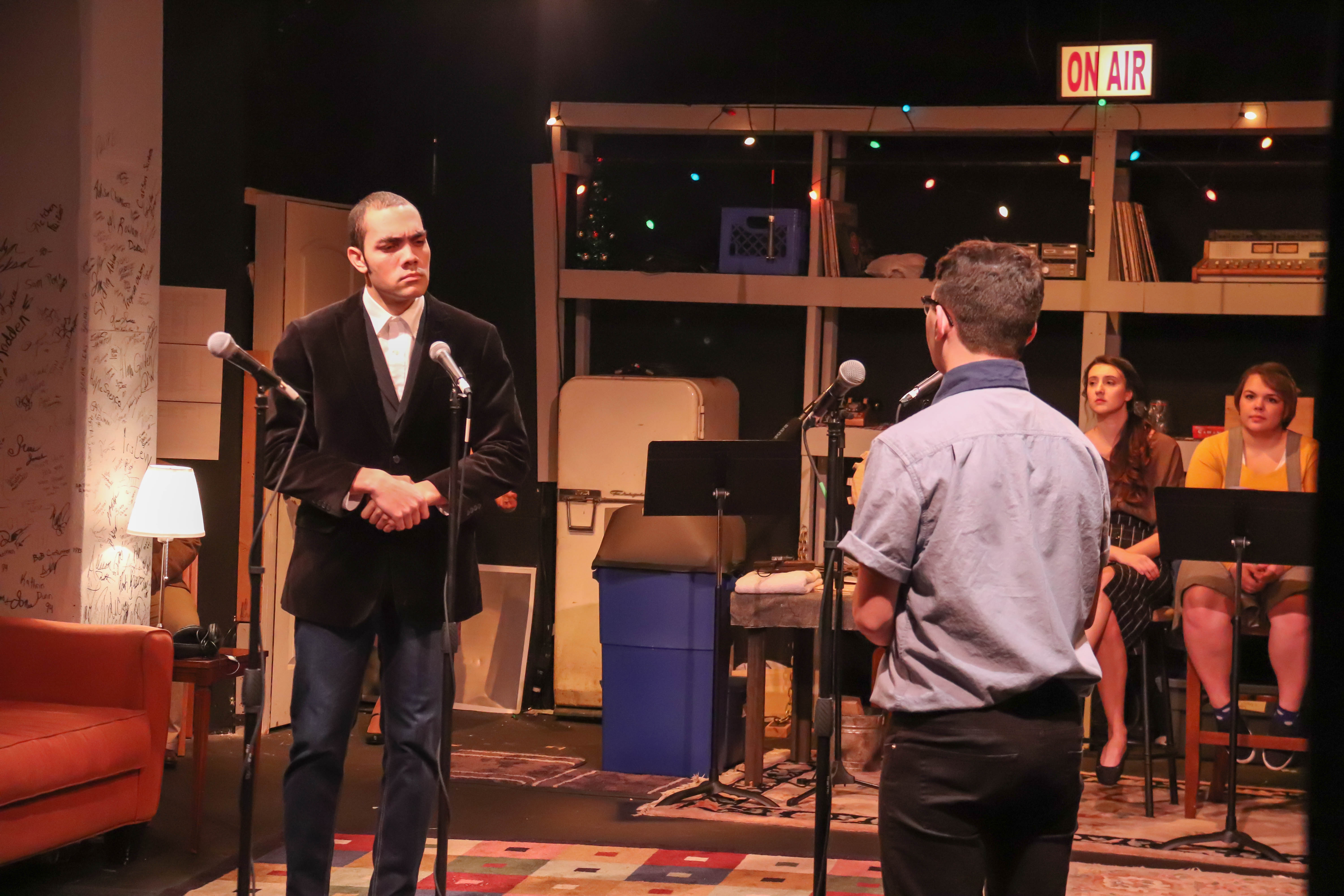 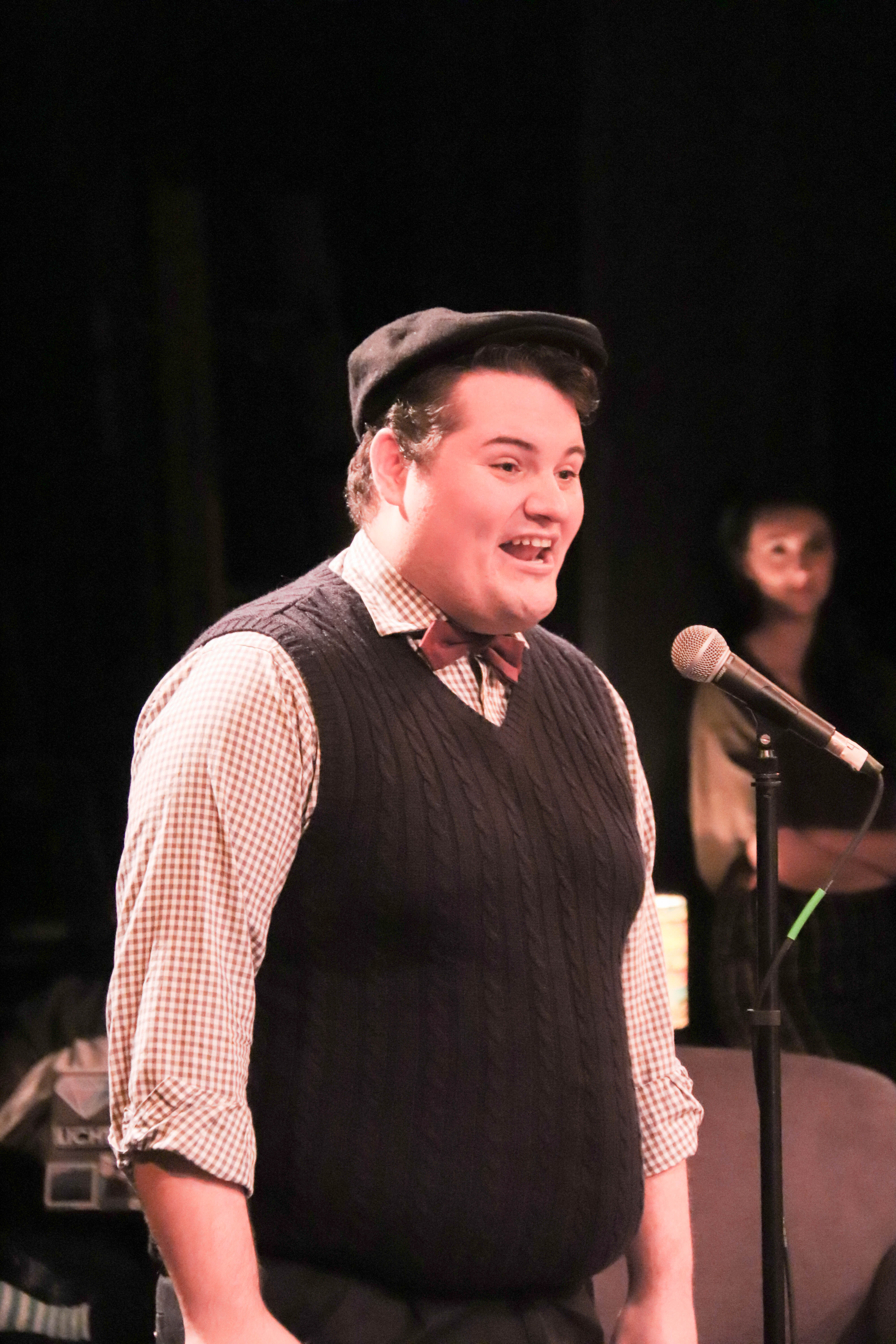 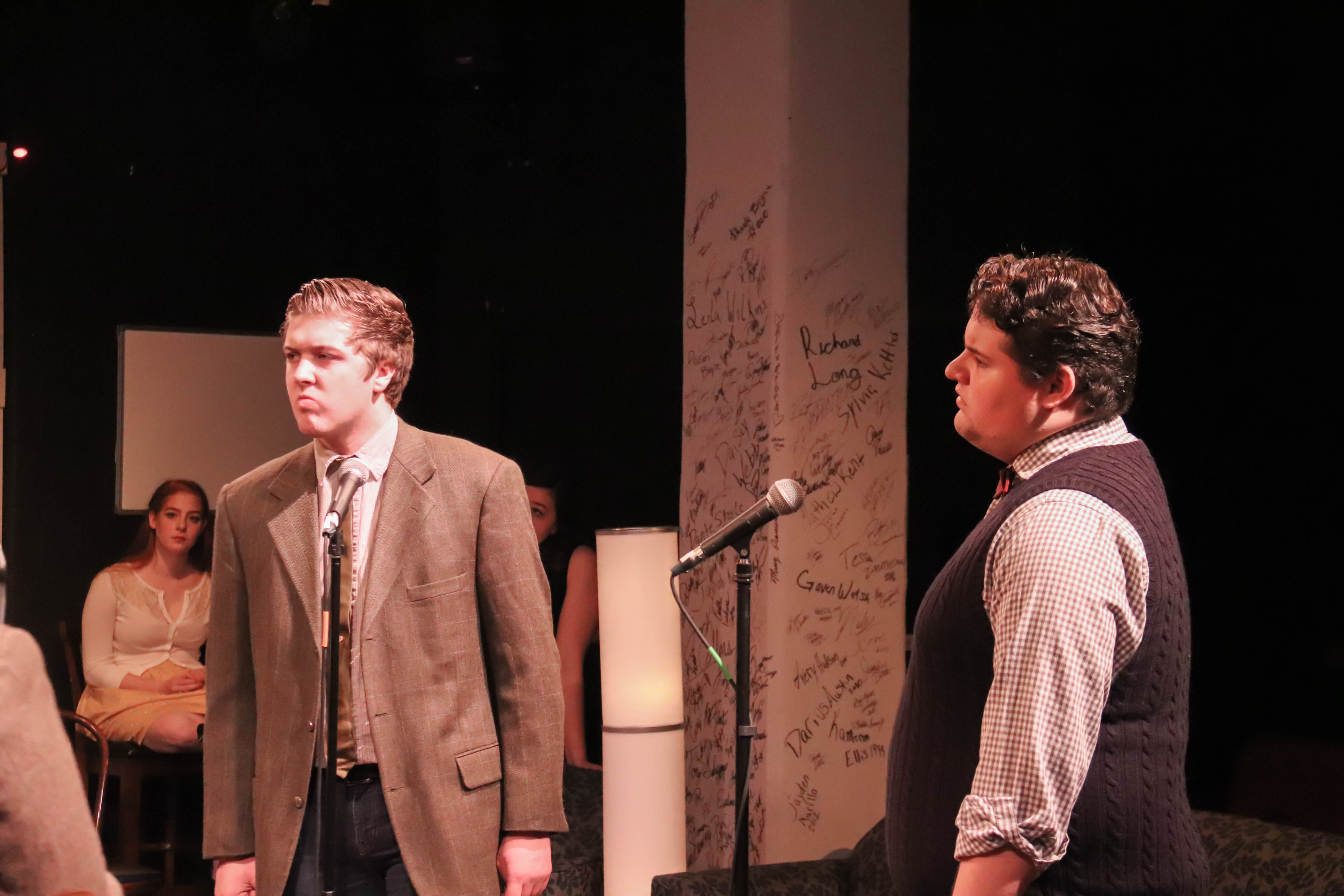 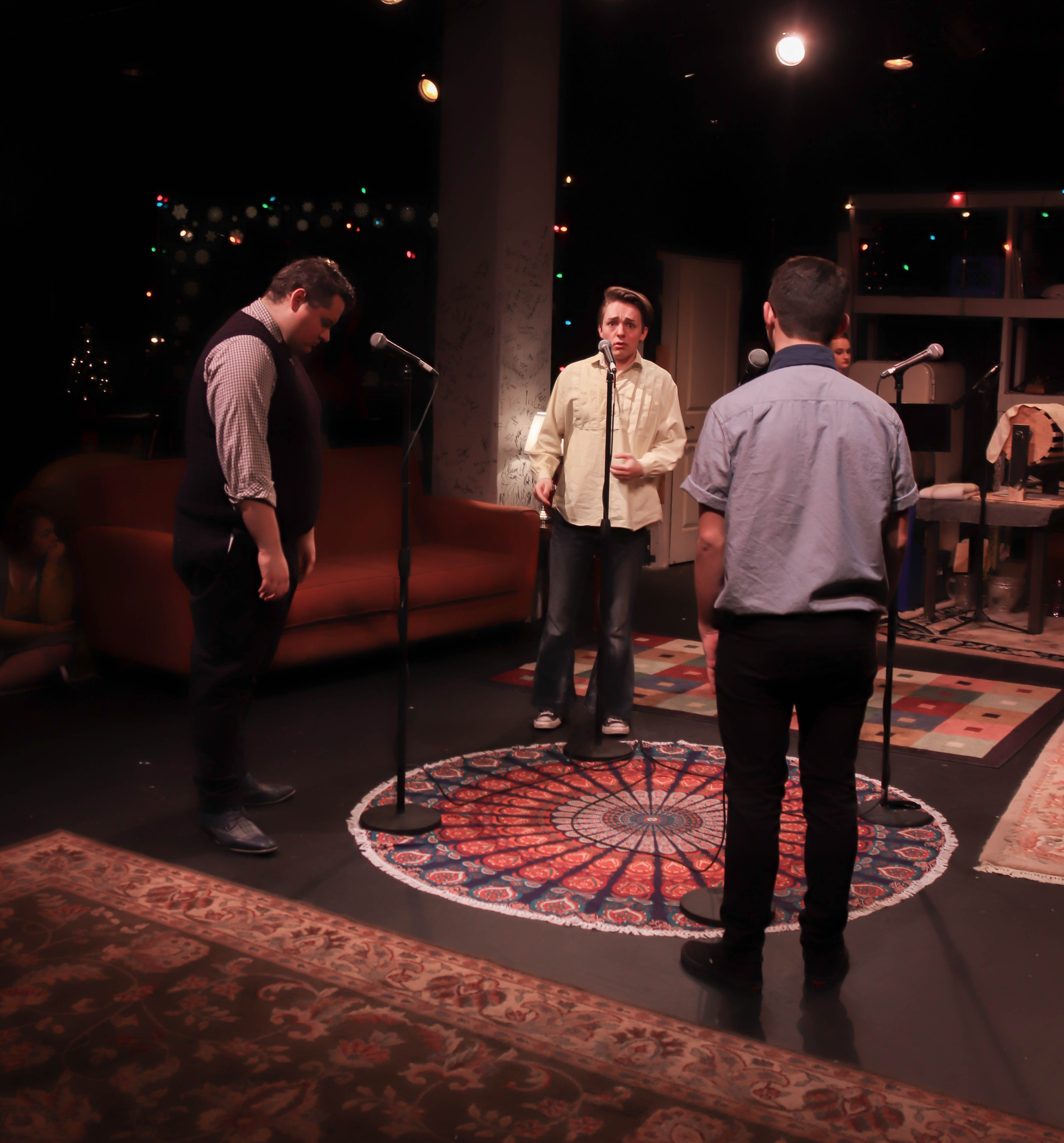 ISG petitions to extend hours of the grab-and-go