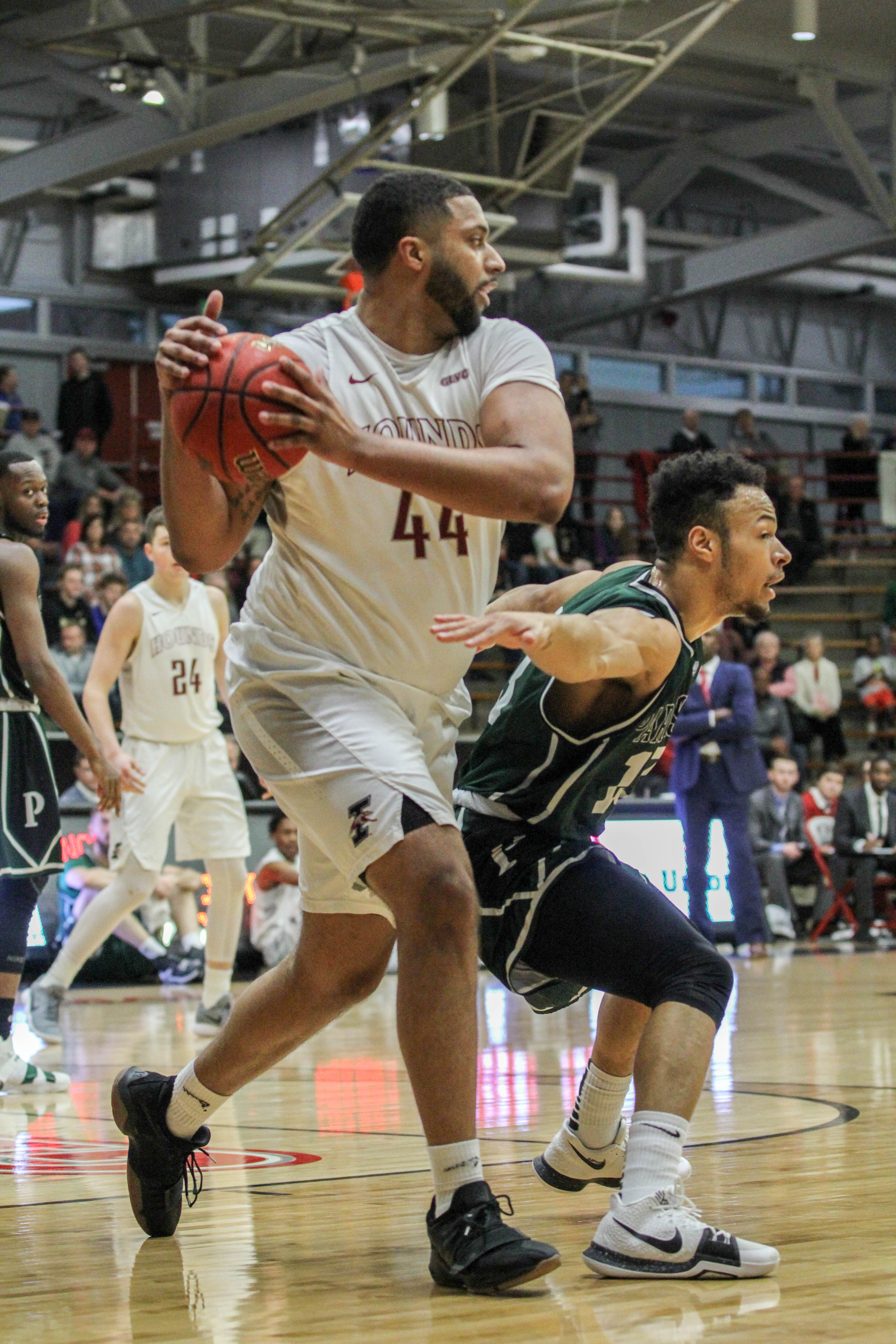 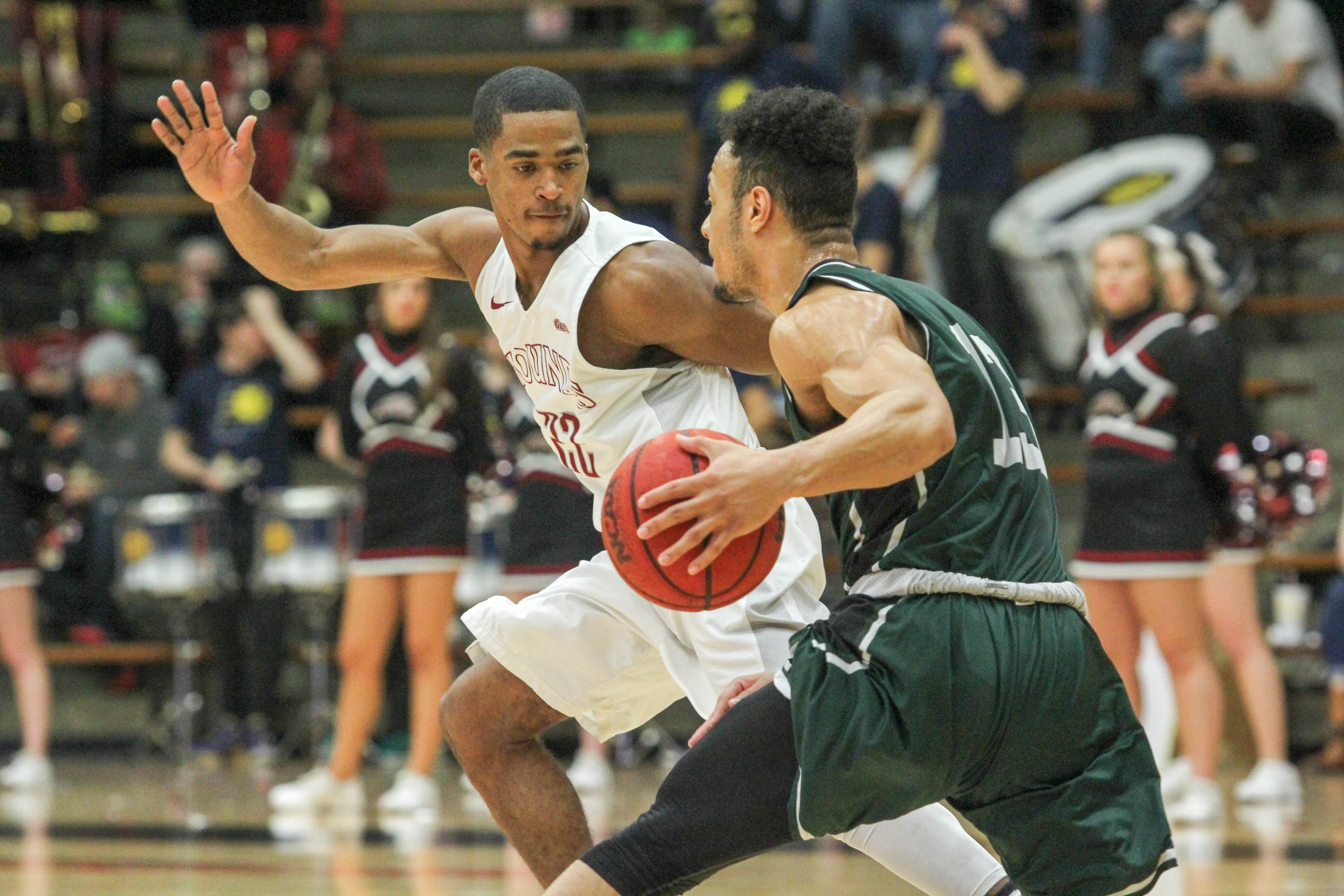 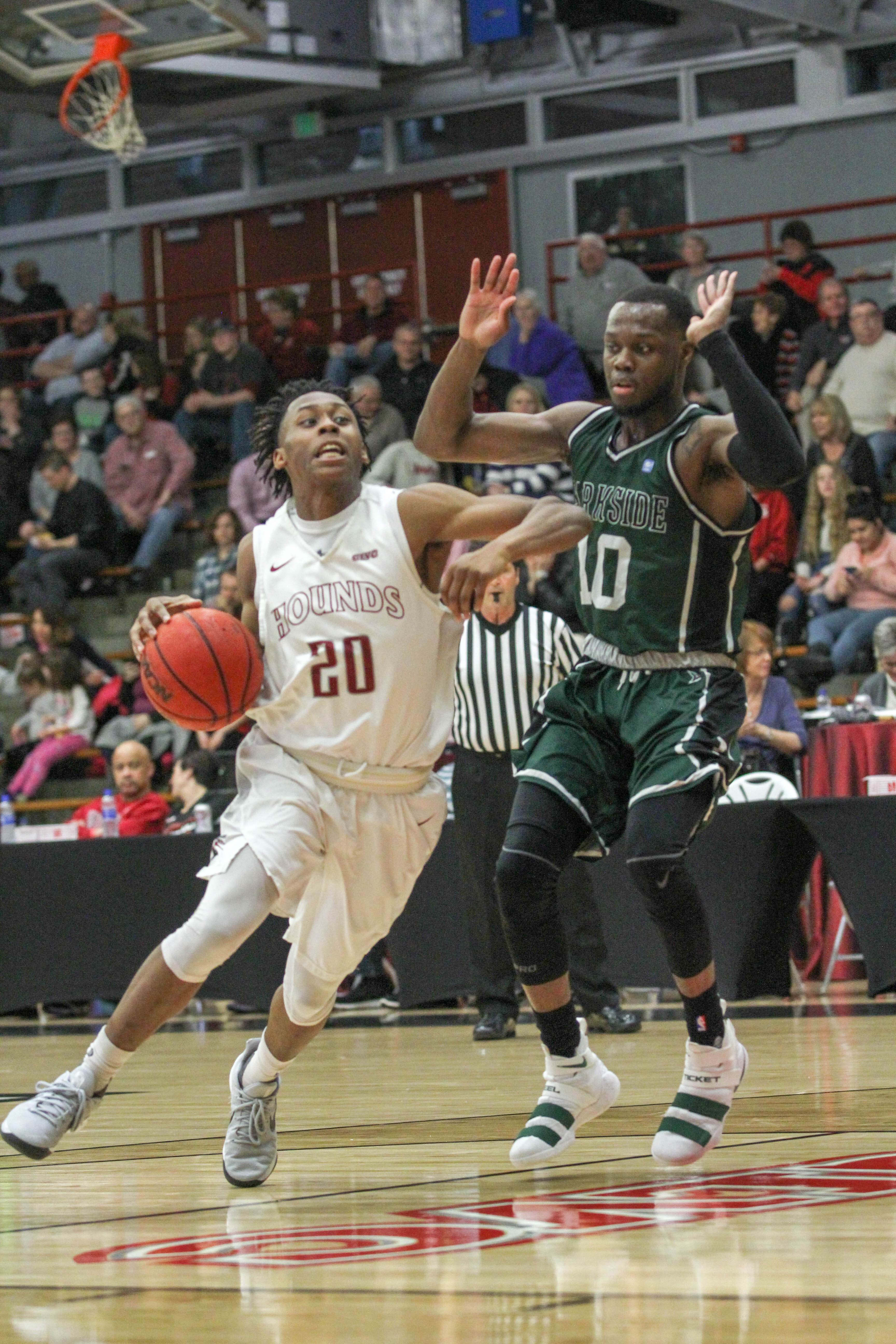 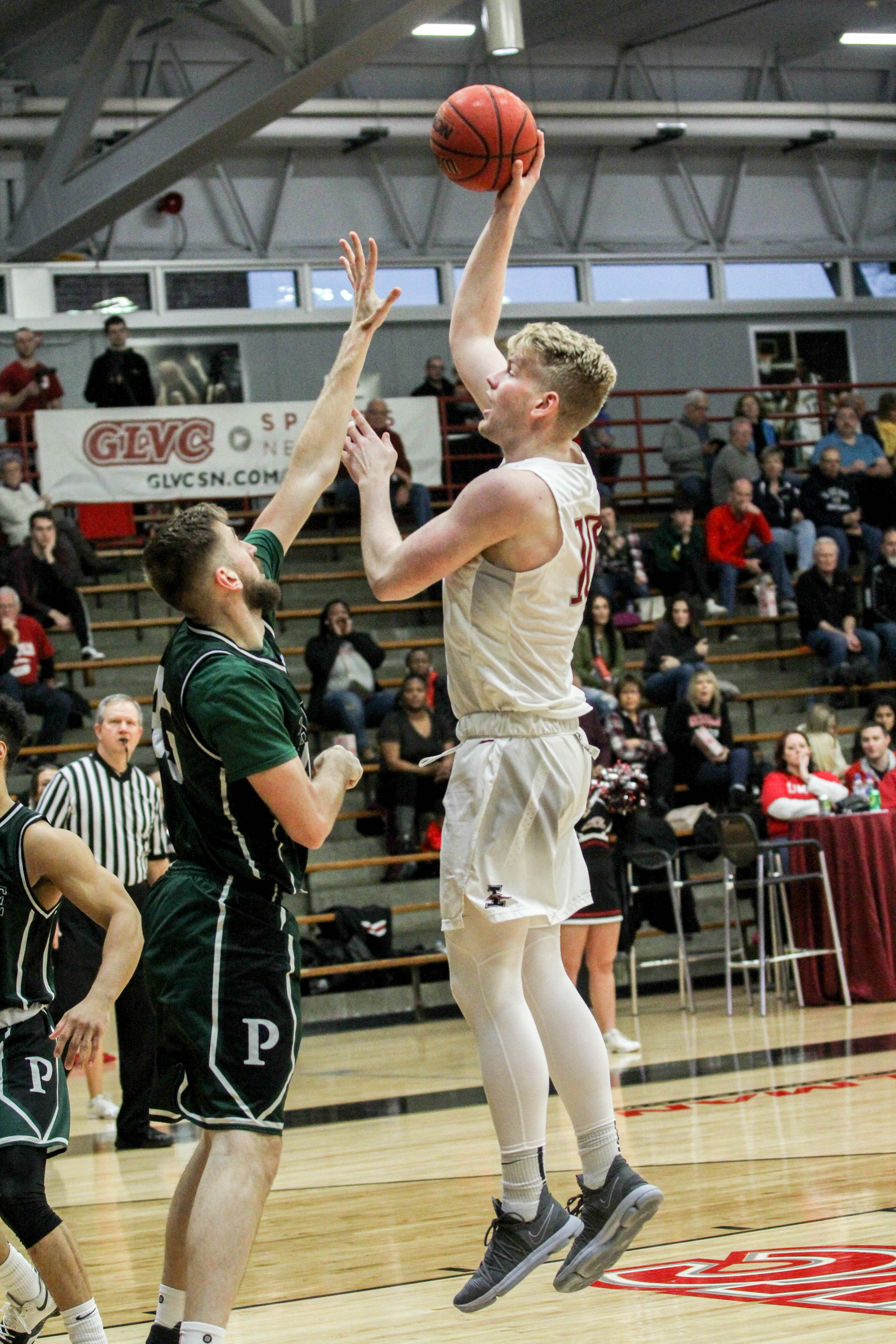 Despite earning a win over Maryville University in the quarterfinals of the Great Lakes Valley Conference Tournament, the University of Indianapolis men’s basketball team fell short in the semifinals to Bellarmine University.

In the semifinal loss to Bellarmine on March 3, the Knights led by seven before the Hounds got a 3-pointer in the board from senior guard Eric Davidson. The Knights extended their lead up to 18 over the Hounds, until junior guard Jabree Bond-Flournoy scored five straight points, followed by a 3-pointer from redshirt senior guard/forward Alex Etherington. Their points shorted the lead to just six, ending the half with a score of 41-35.

Despite closing the gap in the first quarter, the Knights again took a big jump ahead, leading by up to 20 points at the end of the half. UIndy fell to Bellarmine 83-65.

The Hounds faced the Knights three times over the course of the season, and won the first at the beginning of the season. Head Men’s Basketball Coach Stan Gouard said that Bellarmine has a good team, and is a tough competitor every time.

“They [Bellarmine] do a good job moving around with the basketball,” Gouard said.

Redshirt senior guard Ajay Lawton said that despite Bellarmine being a good team, the men had some errors and downfalls which allowed Bellarmine to win.

“It took a lot for us to get out of our comfort zone and talk more,” Lawton said. “I didn’t play a lot today, but for me I feel like being the vocal guy on the bench was important. I was more of a vocal leader on the sideline today.”

In the first game of the tournament on March 2, the Hounds scored first with a layup from Junior Guard CJ Hardaway. The team led the Saints for almost the entire first half, leading into the halftime break with a score of 32-28. In the second, the Hounds extended their lead, and sent Maryville home from the tournament, 66-56.

Junior forward Jesse Kempson led the team with 18 points, 14 being in the second half. Hardaway fell right behind him with 11 points and 9 rebounds, while Lawton scored 10.

Gouard said that he has changed up the line up in the past few weeks, and put some fresh faces in the line up.

“We put [senior guard] Jabree [Bond-Flournoy] on the line up and he’s a guy that hasn’t played that much this year,” Gouard said. “We needed some energy throughout the game and I thought the guys we put in were not ready to go mentally.”

Despite being sent home in the GLVC tournament, the Hounds will still be eligible to participate in the NCAA DII Midwest Regional Tournament on March 9-13. According to Gouard, the team still has some key points to focus on before heading to regionals.

“We have some things that we can do better, and I have to go back and look at the game’s film and nitpick,” Gouard said. “We have to improve on our 50-50 balls mean. We’ve got to improve on the energy we bring to the floor.”