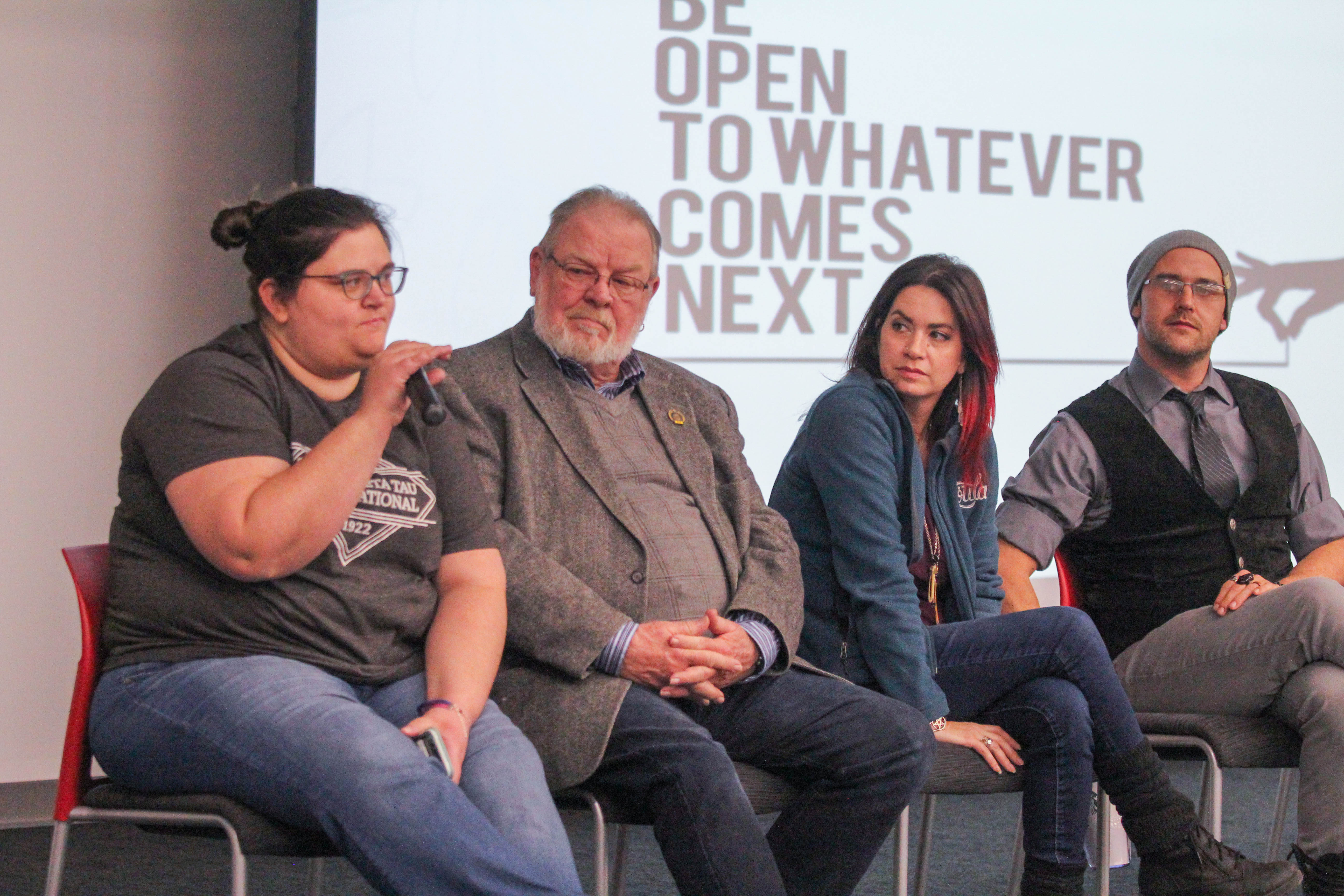 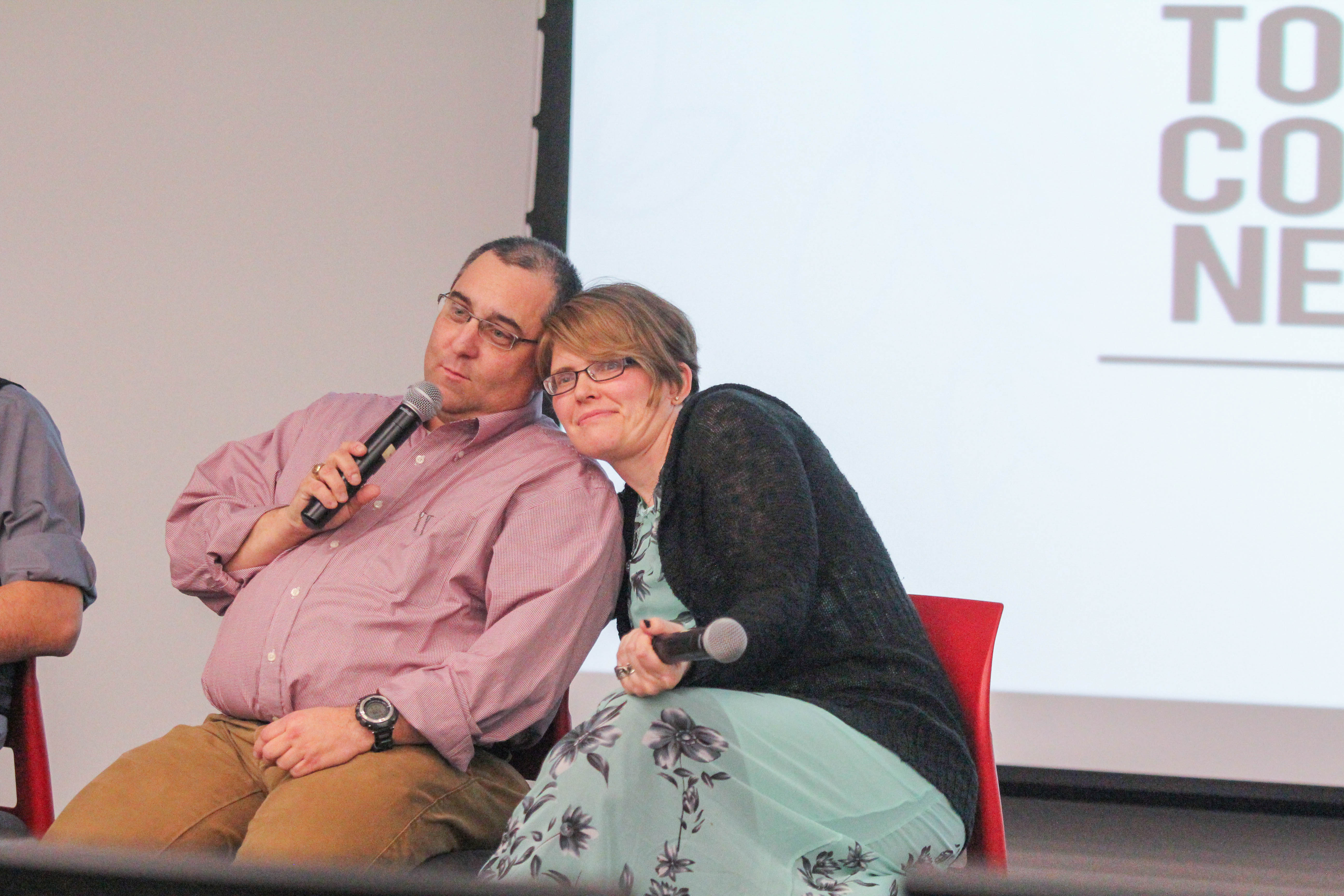 After hearing a derogatory comment being made about Pagans in a public space on the University of Indianapolis’ campus, Assistant Professor of Nursing Caron MacPherson said she decided to organize an event to help inform the campus community. Exploring Paganism, Myths, Assumptions, and Prevalence in the World Today featured a lecture focusing on the different types of religion and how they related to paganism and the sociology behind religion. The event, which was held twice on Feb. 9, also featured a panel discussion directed by questions from the audience.

The lecture portion of the event was led by Associate Adjunct Professor of Sociology Jackie Rhoades, who focused on the sociology aspects, and MacPherson who gave more background information as it related to Paganism.

MacPherson began the event by explaining all Wiccans are considered Pagan, but not all Pagans are Wiccans and witchcraft is about intention and the use of energy, not religion. According to MacPherson, Paganism is any faith that does not come from an Abrahamic base. She also said that Atheists can fall under the category of Paganism.

The panel discussion featured five speakers including MacPherson, who both facilitated and acted as part of the panel.

MacPherson is a pagan who believes in Pantheism, which she described as the idea that everything is god. Admissions & Curriculum Counselor for Graduate & Adult Learning Enrollment Brandon Doty and Assistant Professor of Nursing Stephanie Kemery from UIndy consider themselves atheists.

Tamrha Richardson is a doula and the High Priestess of the Novices of the Old Way. She is specifically a priestess to the Goddess Hecate, but considers herself to be a polytheistic Wiccan. David Sassman is a Reverend from Circle Sanctuary and the Executive Director of the Pagan Education Network and said he is openly Pagan. Michael Messer described himself as a call center employee by day and an artist by night. Messer said he is a witch and Pagan, does not stick to any one culture and is not affiliated with any local groups directly.

The panelists shared that they had been raised in Christian homes of varying denominations and strictness. Messer said that his parents were unstrict Methodist, and he became more interested in religion when he read Revelation in elementary school. Messer began to explore religion by reading other books and one day came across a book on Neo-Pagan spirituality.

“There’s a lot of things, as a gay young man, even at that age [during elementary school], I knew that the Christian practices didn’t mesh for me,” Messer said. “They didn’t work for me. And here I was, I found one where right out at the start [it said], ‘We don’t care who you are as long as you’re a good person.’”

Sassman also explored religion before becoming a Pagan. He said as a teenager he went through Lutheran confirmation, but later explored Episcopalianism, and then did not have a set religion for a while.

The panel addressed many misconceptions that people may have and also provided those in the audience with more information.

According to Richardson, ideas that people have about witchcraft from the times of the Salem Witch Trials and witch hunts in Europe portray witches as worshipping the devil, but she and Sassman said that is not true. The devil, or Satan, is a Christian construct and Pagans are not Christian so therefore they do not consider Satan to be one of their deities, Richardson said.

The panel also addressed some of the practices of Paganism. According to Richardson, Paganism oftentimes does involve rituals and magic but for a lot of Pagans their relationship with their faith is centered around the gods and goddesses they believe in.

Most Pagans have a strong connection with the Earth and often involve crystals, stones and herbs in their healing process, Sassman said. However, this does not mean that they do not believe in modern medicine.

“I’m just as likely to drink some chamomile, lavender and valerian tea to go to sleep as I am to meditate with a chunk of amethyst as I am to take some melatonin or a shot of NyQuil,” Messer said. “They all will do the same thing, it all depends on how badly I need to sleep.”

The event marked the first time MacPherson and Doty spoke publicly about their faith, while Richardson, Messer and Sassman have spoken out on other occasions. Although all of the panelists said they had never personally felt in danger because of their beliefs, they and people in their lives have been discriminated against.

Richardson said it typically affects Pagans in parenting and marital separations. Being discriminated against for being Pagan can also commonly affects people in the workplace, according to Richardson.

“I know there are many people in my close knit group of friends that have very well paying prestigious jobs, that if it got out to the greater populous and to their coworkers and whatnot that they’re pagan, they’d be done for,” Messer said. “I don’t have that fear because like I said, I work in a call center. I don’t have any of the fancy titles or societal pressures that a lot of people might otherwise have.”

Through this event MacPherson hoped to inform the UIndy community about Paganism and give them a chance to learn and ask questions.

“I don’t do what I do to change the minds of other people. I do it [speak out] to let people like me know that it’s safe, and they’re not alone…” MacPherson said. “I’m [still] trying to make it safe, but they’re not alone.”

What you need to know about the monkeypox...

What you need to know about...