Wrestling focuses on recovering from injuries 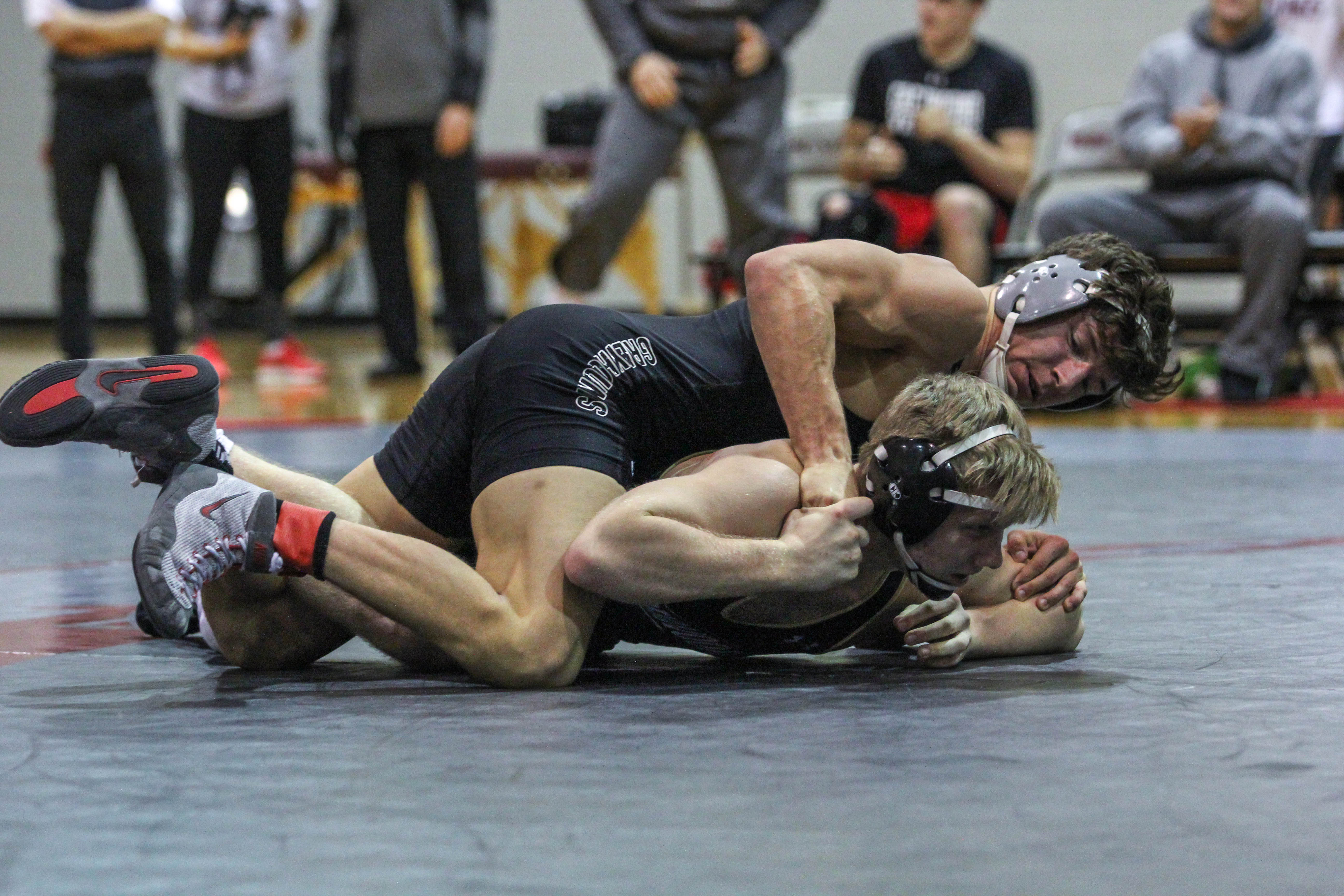 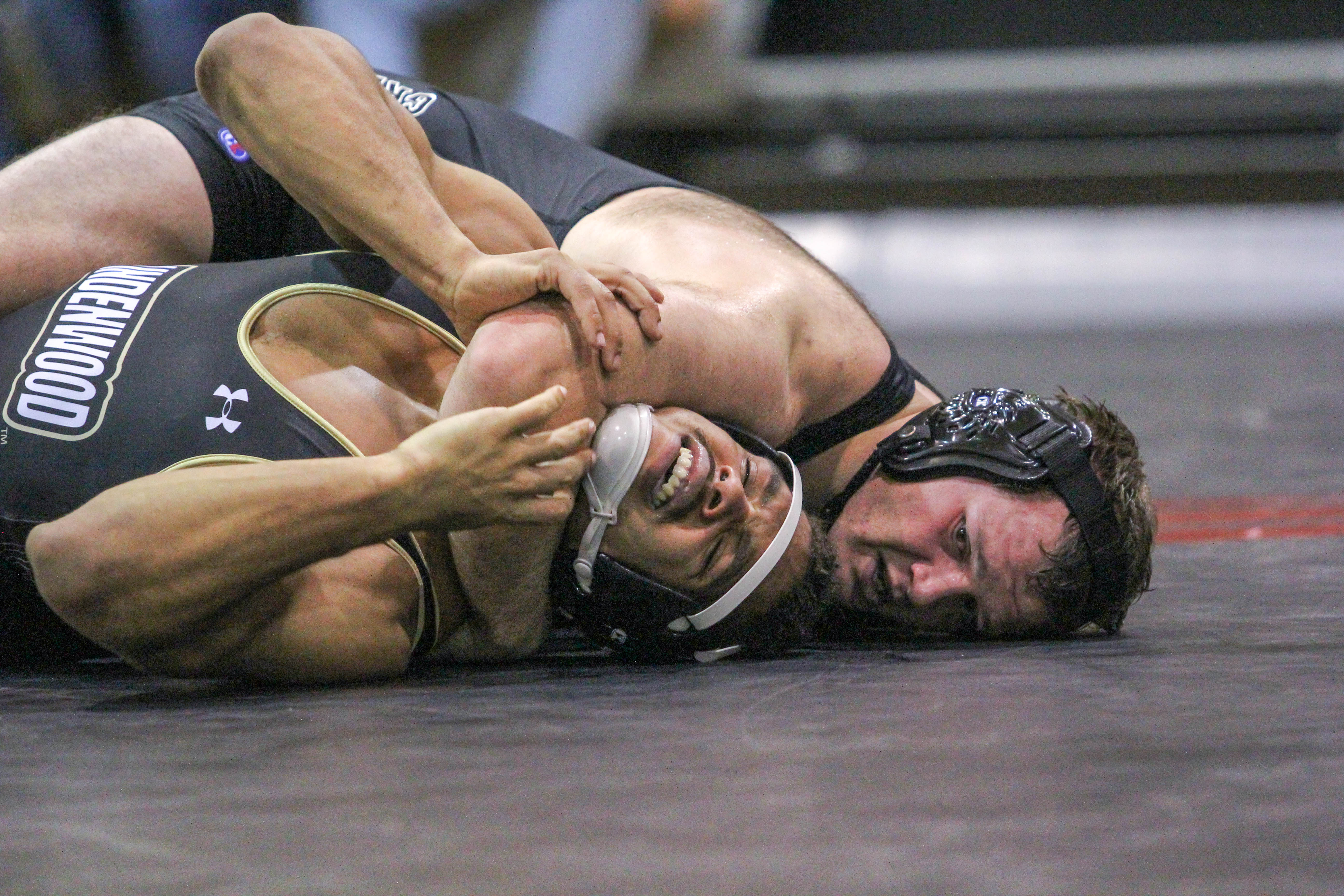 Earning it’s first dual win of the season, the University of Indianapolis wrestling team defeated the No. 15 Lindenwood University Lions on Dec. 9. The team came out with a 28-12 win over the Lions.

Redshirt junior Dylan Faulkenberg finished out the day with a 6-3 win over his opponent, capturing the win for the Hounds.

On Dec. 2 the team traveled to North Manchester, Ind. for the annual Little State Open. According to Head Wrestling Coach Jason Warthan, there were many injuries on the team leading up to the meet. Since this meet is more individual focused with no team scores, Warthan said he decided to sit  some of the injured members of the team, and play some of the healthier wrestlers who do not always have mat time.

“This is a chance for some of the guys to heal up. There is no team score,” Warthan said. “We’re going to take the guys that are healthy and able to compete this weekend and rest the other guys. We just had a couple killer days of practice. Not that were training through the weekend but hopefully we put a hurting on some of these teams.”

Returning national qualifier Faulkenburg and Lange placed 1st and 2nd in their respective brackets. Faulkenburg took the first win of the day, pinning his opponent in 1:51 and earning his third consecutive Little State title. According to Faulkenberg, Little State is a big meet for the team in setting a standard for the season.

“This weekend [of Little State] is kind of big because it’s a bunch of Indiana teams that are recruiting for the same kids,” Faulkenberg said. “It’s kind of a statement weekend. Going out there and showing who we are and what we do.”

Connor and  Wagner won their weight classes as well, followed by redshirt freshman Matt Mckinney and redshirt freshman Cayden Whitaker who took second place. In the last 10 matches of the day, six Hounds made an appearance on the mat.

The team is currently ranked No. 11, despite their record of 1-4. According to Warthan, the record does not mean much, or show the quality of the team. The way that they match up against their bigger opponents like Indiana University shows more about the team’s capabilities.

“From an outside perspective that [record] might mean you guys aren’t doing very well, but three of those losses were to Division I opponents,” Warthan said. “We honestly have a real good duel team, or potential for one. But we as coaches, have to make decisions on resting guys.”

According to Warthan, resting a few of the impactful team members is necessary at this point of the season with multiple injuries, and preventing any further harm.

“One of the toughest things is keeping everybody healthy,”  Warthan said. “We’ve got some guys out with injuries. So hopefully we get them healthy and back in that lineup,” Warthan said. “But we have as much talent as any team that I’ve coached, and that has been [for] nine years.”

The team has battled multiple Division I opponents this season. Warthan said that with even when broken up into weight class, the opponents are not always a perfect match.

“At our level, since we do have experience over other teams, they know what we do well. In college wrestling match-ups sometimes, you match-up well with somebody sometimes you don’t,” Warthan said. “Imposing your style on somebody is key. Just learning and feeling out our opponents and wrestling our style and not wrestling their style [is what the team needs].”.

Next the Hounds will host the 39th annual Midwest Classic on Dec. 16 and 17 in Nicoson Hall.