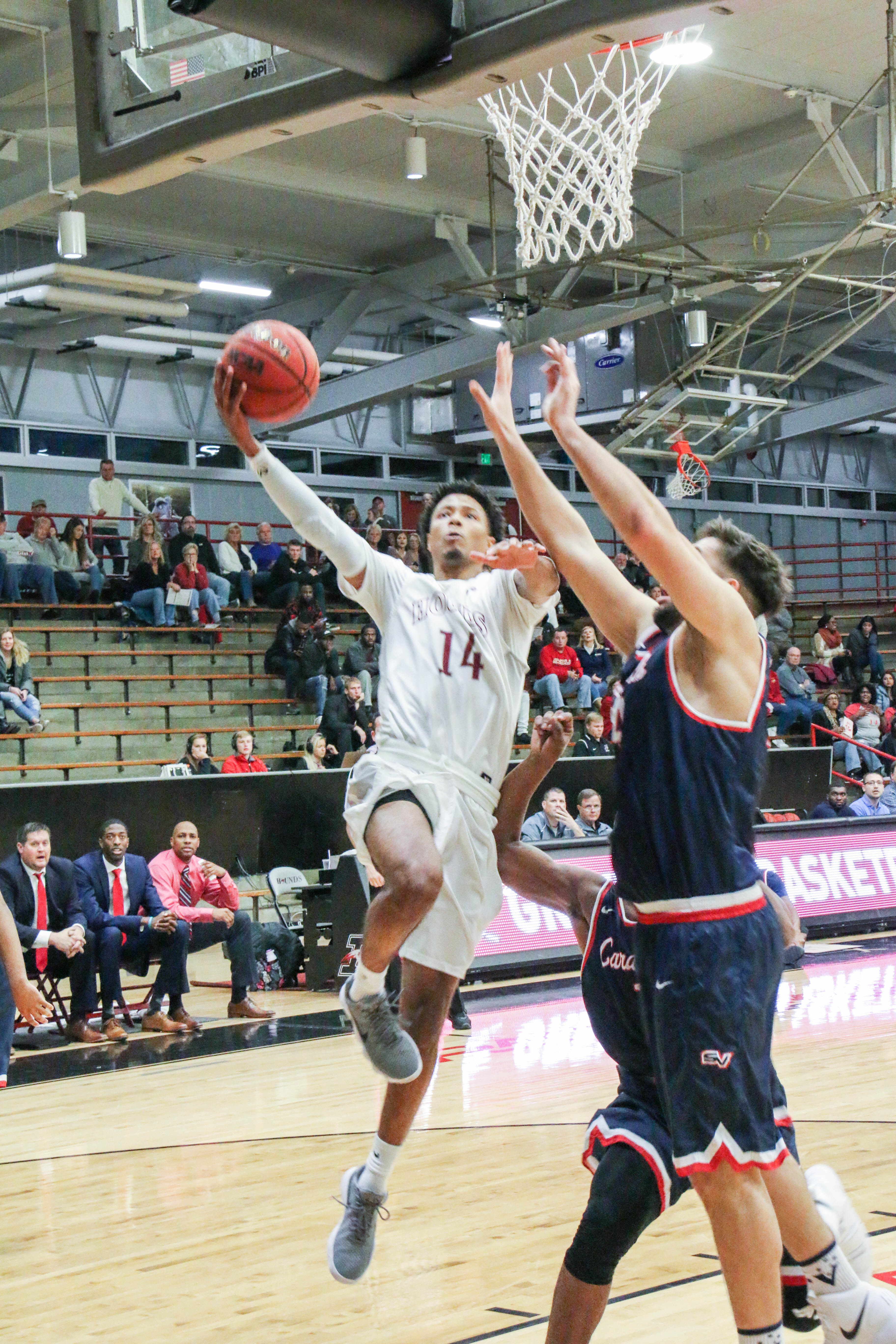 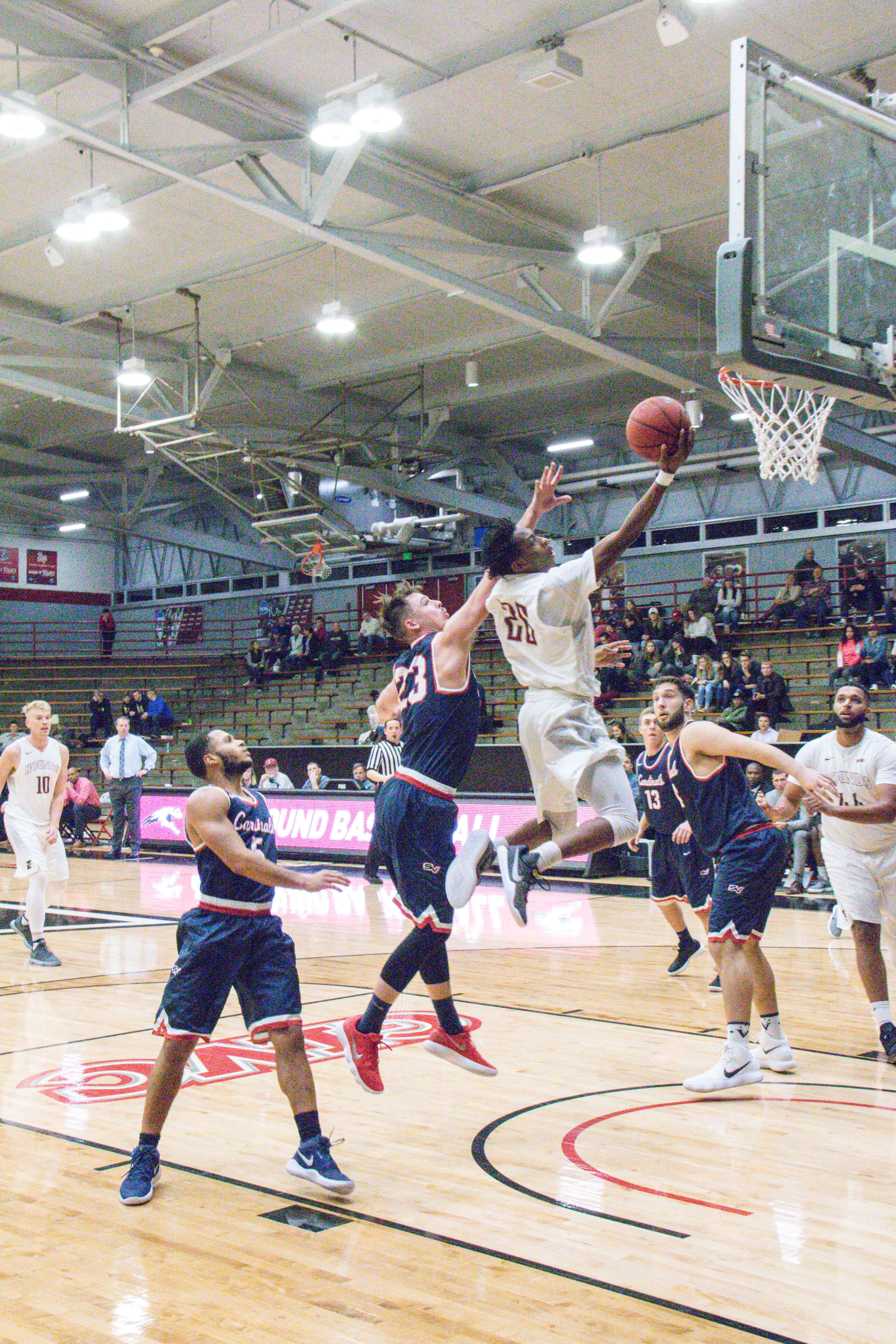 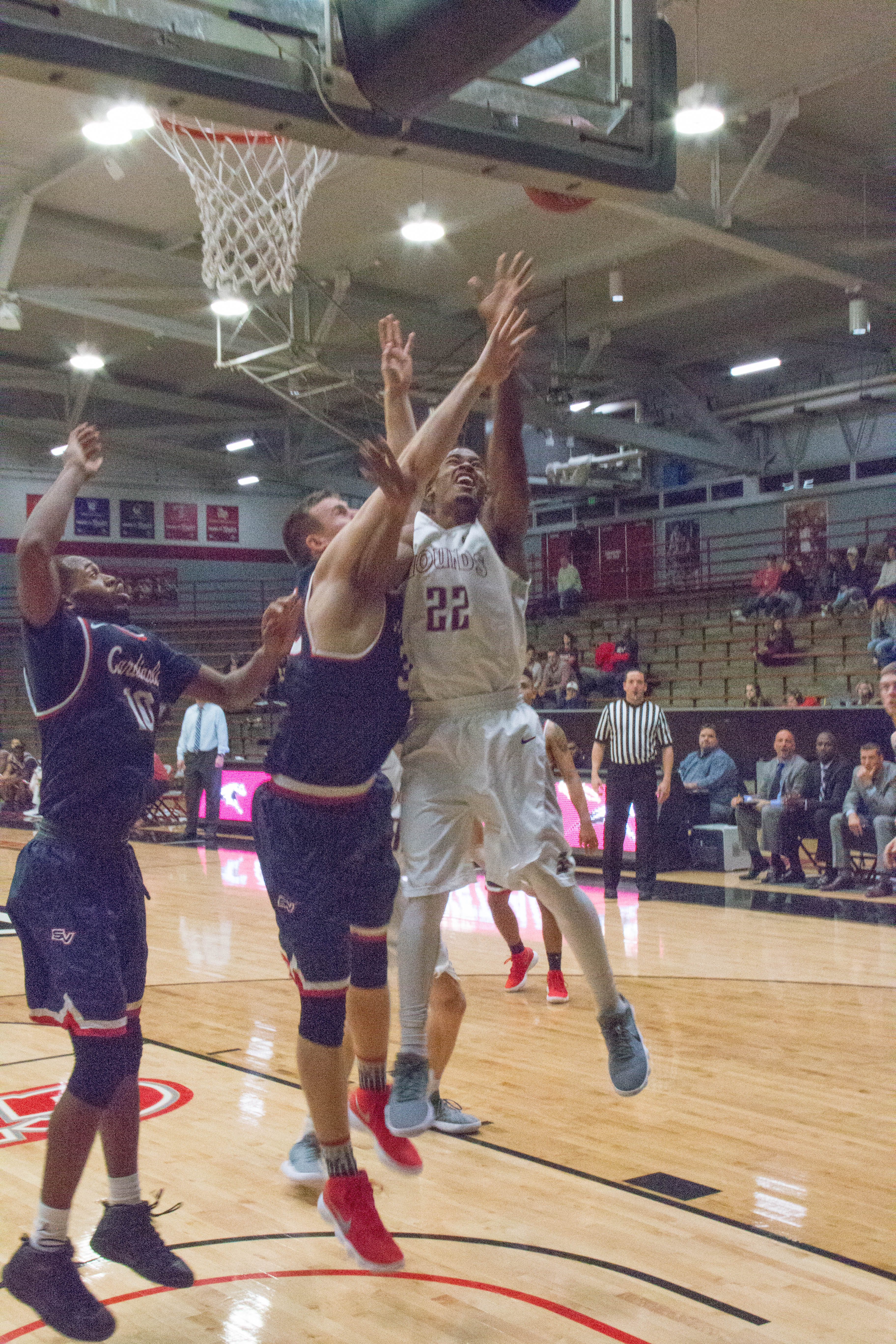 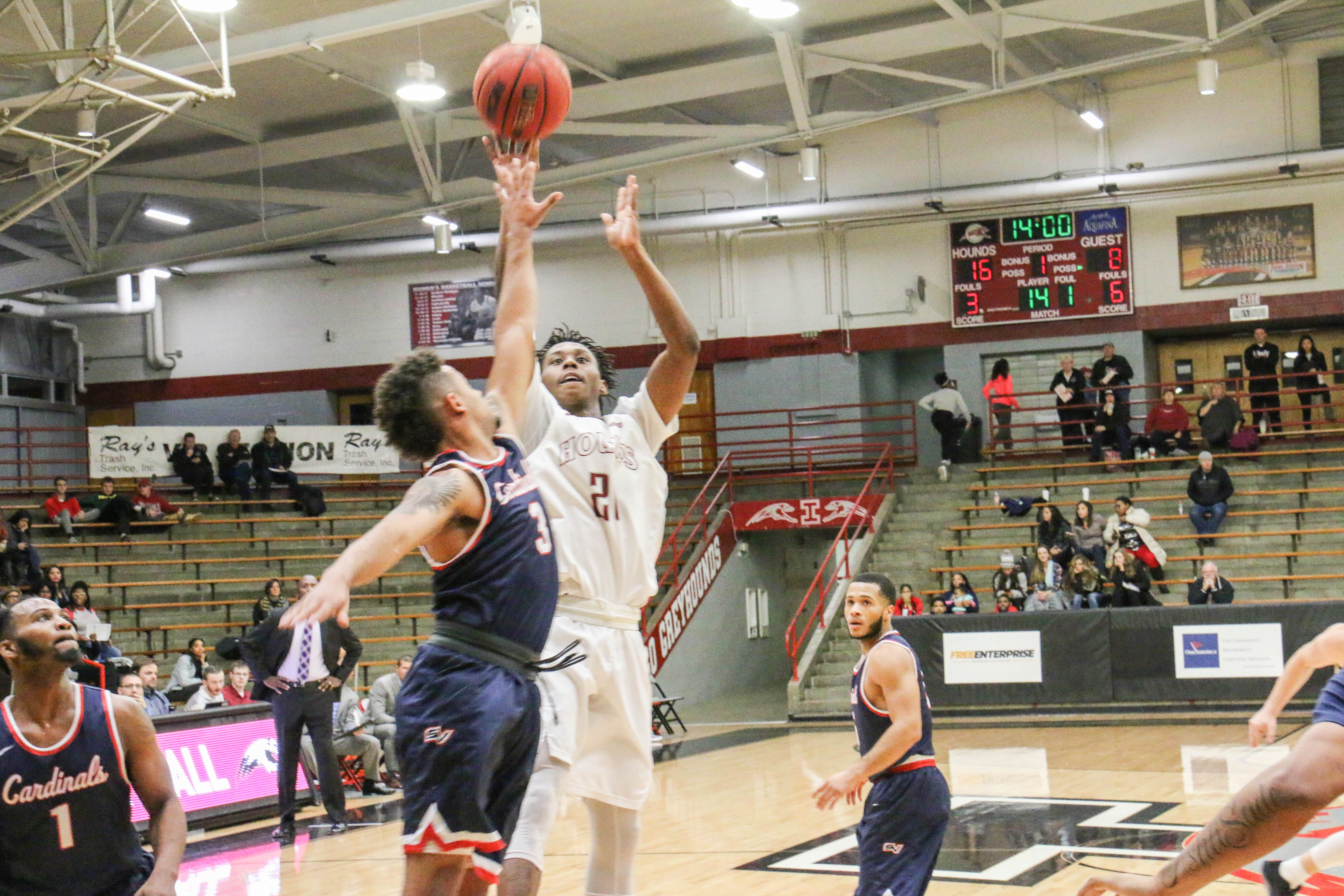 Despite losing their first game of the season, the University of Indianapolis men’s basketball team defeated their next two opponents in triple digits, the first time since 2013. The men defeated the Kentucky State University Thorobreds on Nov. 15, moving their record to 2-1.

The Hounds scored the first point of the game and maintained that lead for most of the game. Senior guard Eric Davidson led the team in scoring with 28 points, followed by sophomore guard Tate Hall with 20 points and junior forward Jesse Kempson with 17.

The Hounds came back to win 100-70 in their second game of the season against the Saginaw State University Cardinals on Nov. 11, following a loss the night before to the Northwood University Timberwolves. Along with the team’s win, senior guard Ajay Lawton scored 27 points and dished out nine assists, both career highs for him. Lawton attributed the high-scoring win to an increase in team aggressiveness compared to the previous night.

“Last night [against Northwood] we weren’t in attack mode as much,” Lawton said. “So we knew that if we got to the line more that it would create more opportunities for our shooters to get open shots.”

As the clock counted down the final seconds of the Hounds’ first game of the season against the Northwood University Timberwolves, Lawton pulled up for a three-point shot as a last effort to win. However, the shot did not fall, and the Hounds were defeated 71-73. Senior guard Eric Davidson led the Greyhounds in scoring with 24 points, one assist and one steal. Lawton scored 15 points and recorded four steals and senior forward Devin Dixon scored 18 points.

Although the close loss was tough, it was not enough to shake the Hounds’ confidence going into their next game against the Cardinals, according to Head Men’s Basketball Coach Stan Gouard.

“I told the guys, ‘It’s easy to hang your head and feel sorry for yourself after a tough loss’,” Gouard said. “I also told them, ‘It’s hard to have to a good game, but it’s easy to play hard and be tough.’”

Gouard also said that intensity and aggression were key to earning the victory over the Cardinals.

“[Against Northwood] we missed a lot of layups, we were changing our shots, weren’t as physical on defense and we were worried about getting beat,” Gouard said. “It was totally the opposite tonight, and we’ve got to keep playing that way. I’m going to make them play that way, because that’s what works for me and it obviously works for our guys.”

Kempson came away with 11 points, one rebound and one block against the Cardinals. He said that the Hounds’ focus on defense created opportunities for the team’s offense, which was integral to get the win. ”

According to Kempson, the win should not come as a surprise to the team, because they have the ability to dominate games regularly.

“It feels right honestly [dominating the game], we know we can do that,” Kempson said. “If we play together like that and everyone contributes like we did today, I think we can do that to a lot of teams.”

Gouard and the coaching staff decided to go with the approach of playing bigger and taller players together in order to put more defensive pressure on the opposition and to improve the Hounds’ rebounding. According to Gouard, the game plan against the Cardinals also called for some team members to reduce their playing time and allow for lineup experimentation.

“A number of guys on our team had to take a back seat to what they’ve been doing,” Gouard said. “Tate Hall came off the bench tonight, he started a number of games for us last year. We asked some guys to reduced their roles, we decreased some minutes and played more guys tonight. And I thought we were better down the stretch.”

While the team enjoyed its victory over the Cardinals, Lawton said that their work was far from done, being so early in the season. He emphasized maintaining an aggressive mindset when going into upcoming games.

“It’s good[winning against the Cardinals], but we’re not satisfied yet,” Lawton said. “Tonight we are going to enjoy this win as a team, but then it’s on to the next one. [We need to] just have the same mindset that we did today. To come out with that mindset to attack, find open guys and play good defense.”

The Hounds’ next game will be on Nov. 21 at Ashland University against the Eagles. Tip off is at 5 p.m.

Greyhound takes to the track for motocross