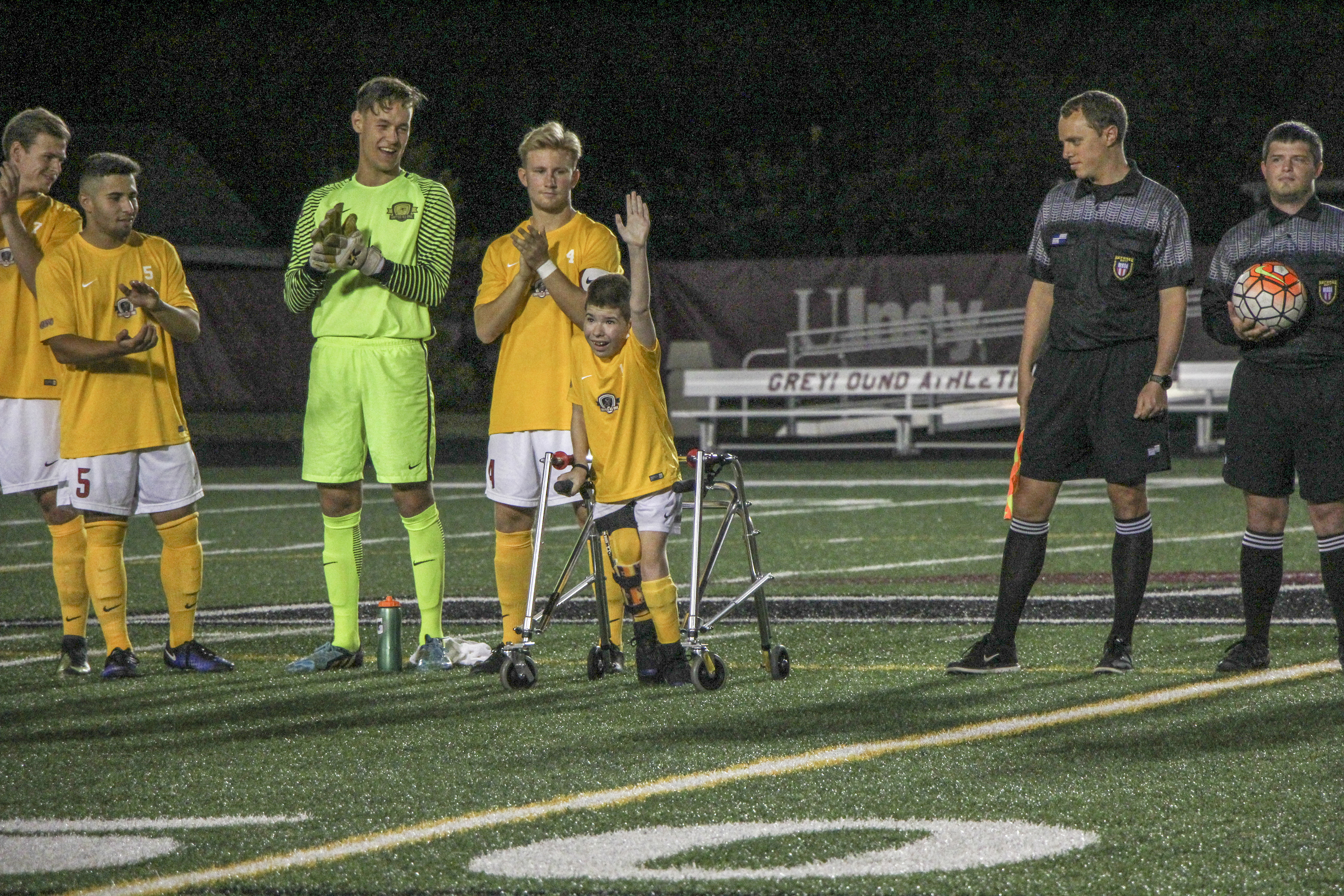 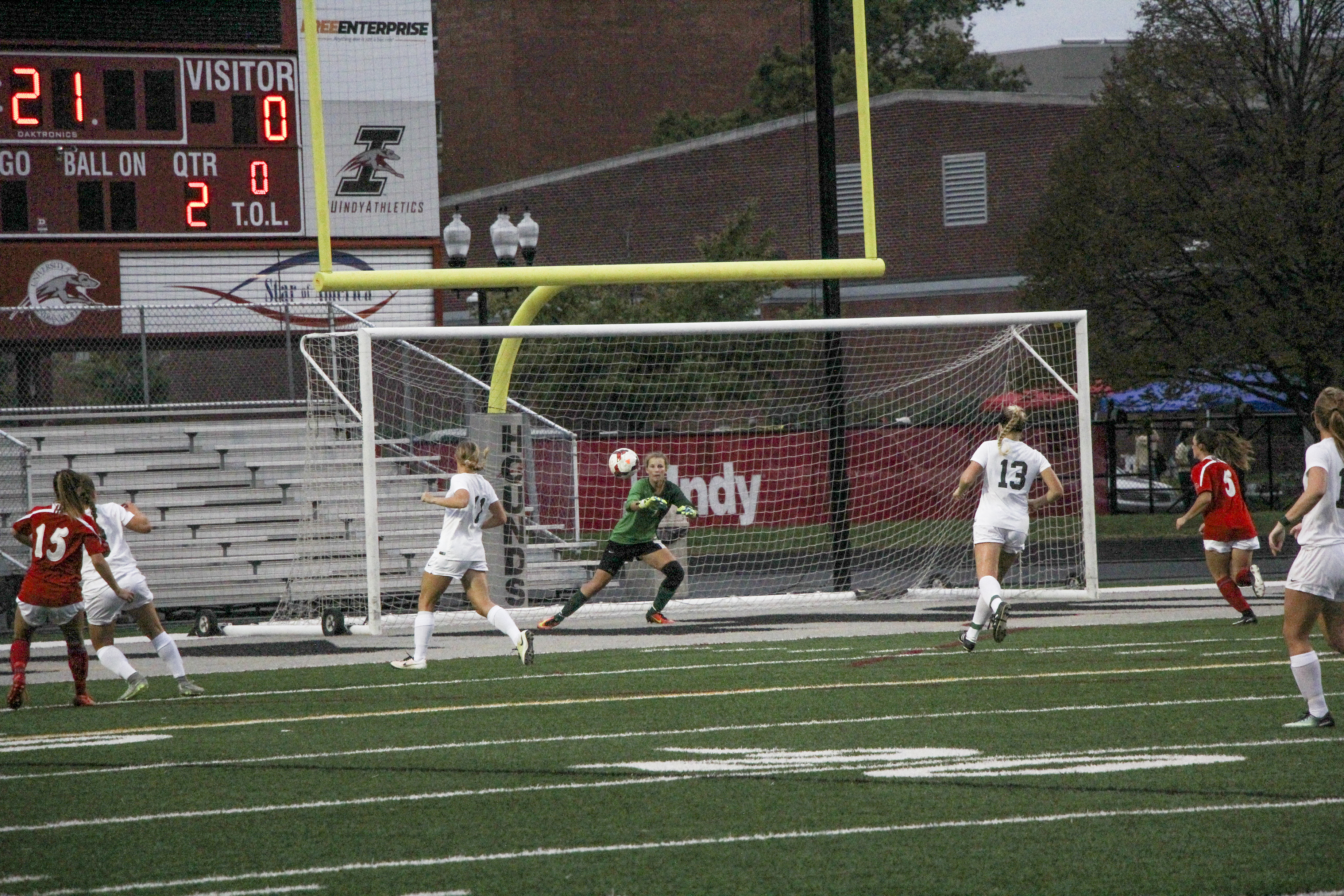 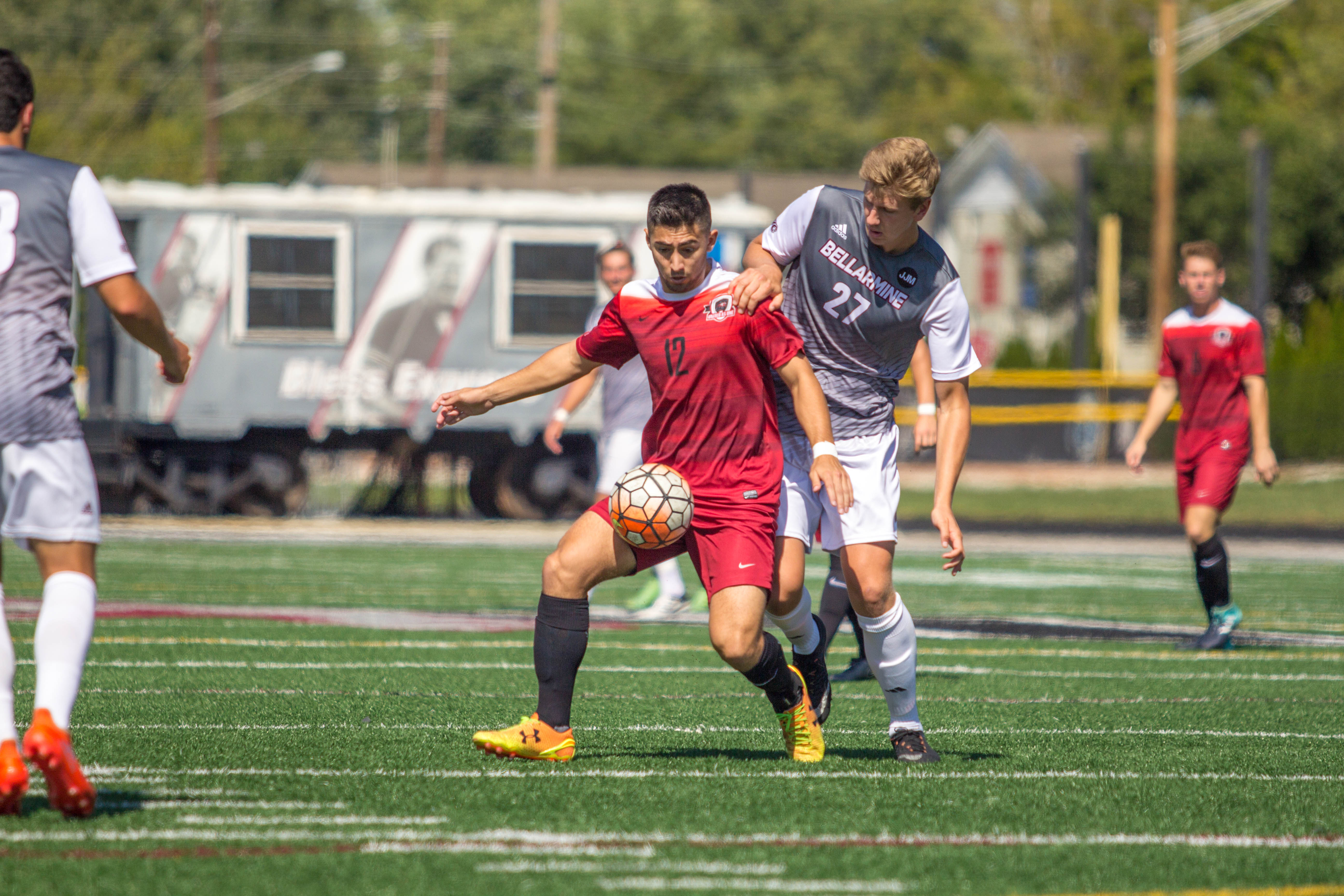 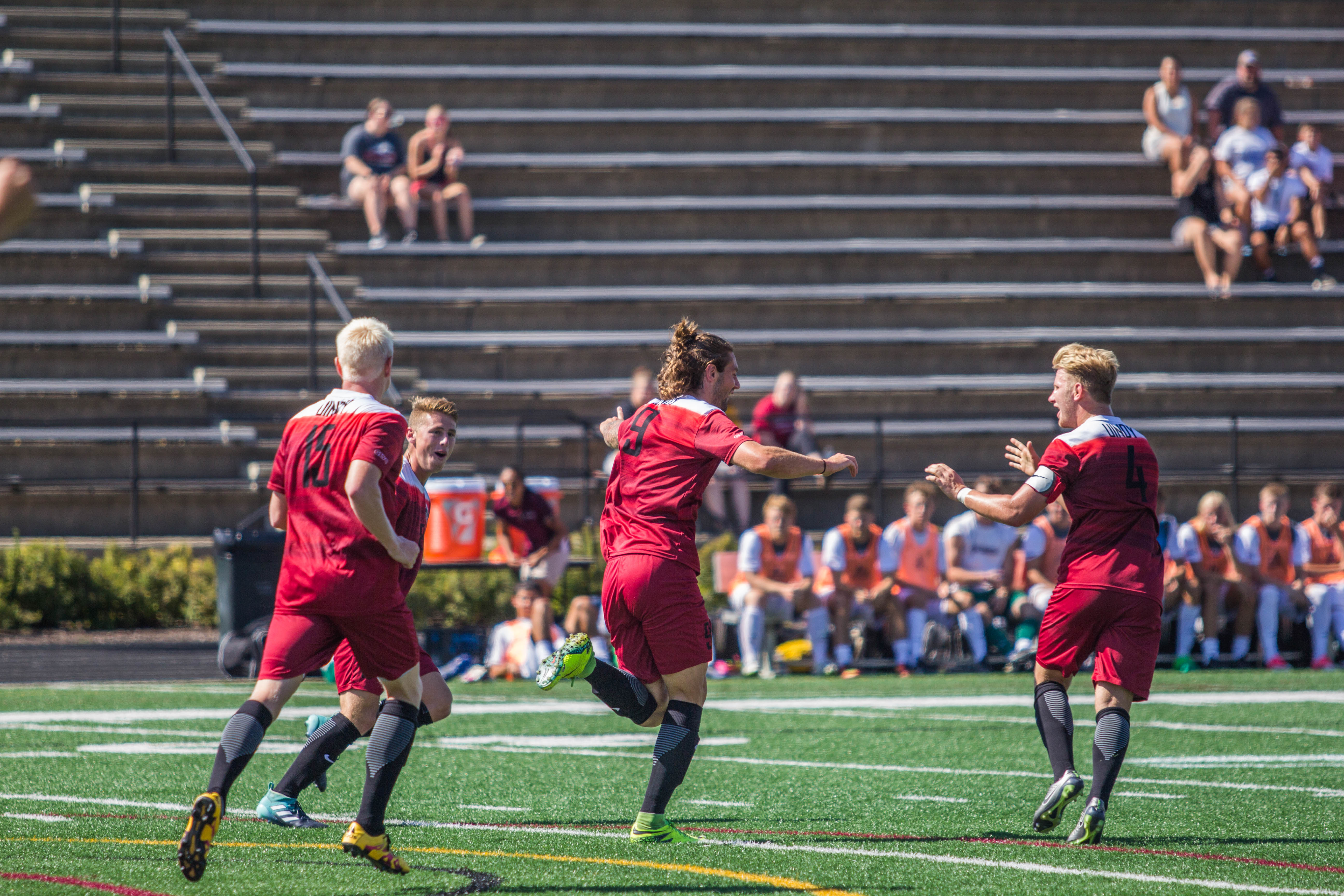 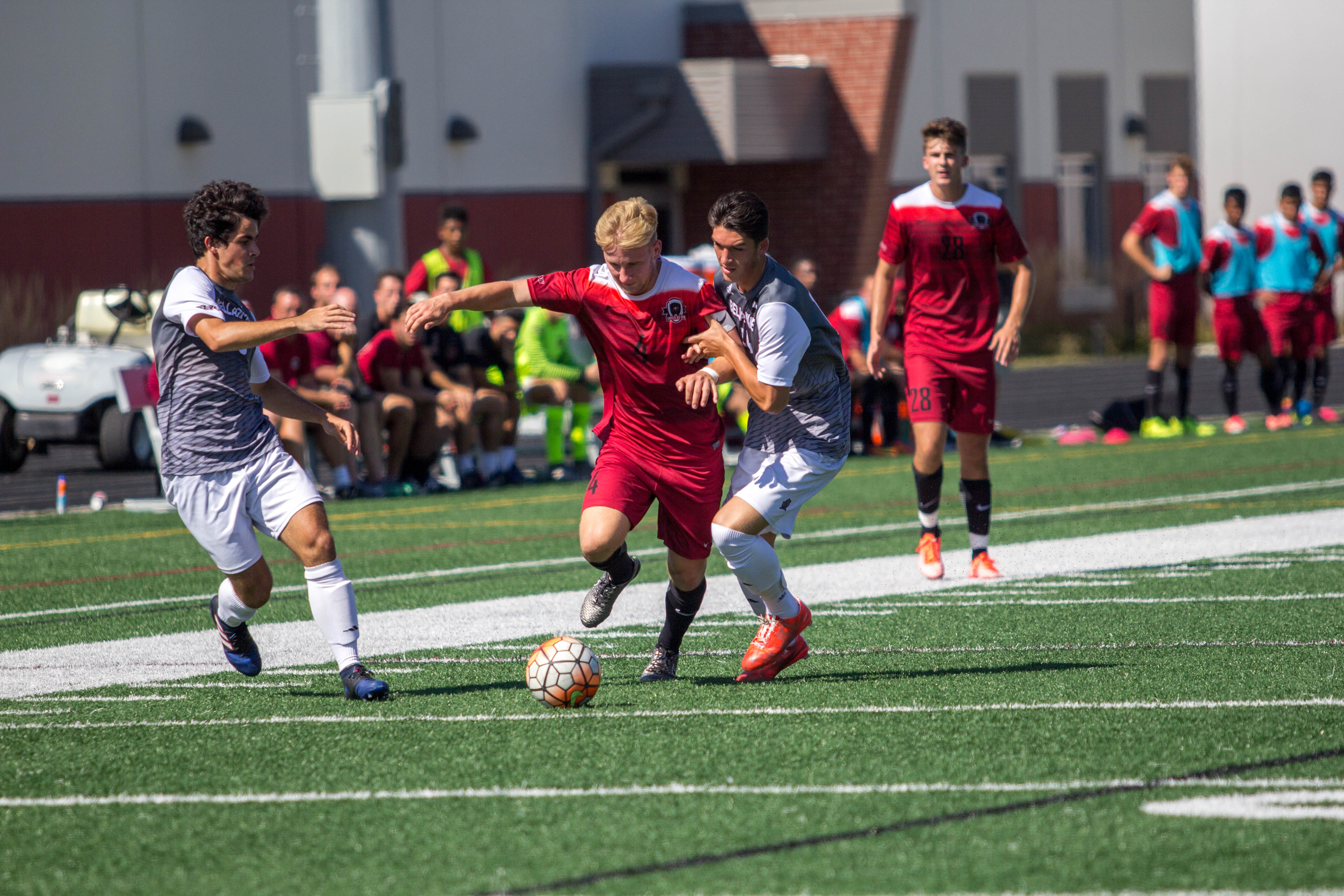 Senior Team IMPACT players Braden Tamosaitis and Rory Halbert were the spotlight of the night during the University of Indianapolis men’s and women’s soccer games on Oct. 6 when they hosted the Lewis University Flyers.

Team IMPACT is a program that allows kids with chronic or life threatening illnesses to become part of a college athletics team. Each year both the men’s and women’s soccer teams set aside a night to honor their  Team Impact players accomplishments.

Halbert suffers from autoimmune encephalitis. This disease is a serious medical condition which the immune system attacks the brain and impairs function. During halftime the team had a senior night ceremony for Halbert since she will be graduating from the program this year. The team also wore green in support and to raise awareness for autoimmune encephalitis.

Despite his disability, Braden does not allow it to get in his way. His  perseverance is a source of inspiration for the team, according to Head Men’s Soccer Coach John Higgins.

“[Braden] is inspirational to the group in that our guys see the battles that he faces and how he goes about those things and how he doesn’t complain and he doesn’t feel sorry for himself,” Higgins said. “I think it’s really tough for our guys to have those feelings when they see what he goes through on a daily basis.”

Braden also takes being a Team IMPACT player to another standard beyond his duties. He and his family travel along with the team for support and add another dynamic, according to junior goalkeeper Miles Palmer.

“The best part of it is, is that it’s not an ‘us and them [Braden and his family].’ It’s that they are the team,” he said. “They are a huge component of what makes the team and what we are as UIndy men’s soccer. They really add to the ‘United As One’ motto.”

Admission was not charged for either game, but fans could make a donation towards spina bifida research and the Autoimmune Encephalitis Alliance at the gate. All proceeds from the night went towards the cause. Pack the House Night and Alumni Night were also scheduled for this night to draw large crowds.

Through the support of the university, UIndy Dance Marathon and the soccer staff, there were more events for Braden’s and Halbert’s Night this years than in years past.

To celebrate the Team IMPACT players, the fans hosted a chili cook off in Tailgate Town before the start of the games.

The importance of the night is not solely to raise awareness for the disability or money. It also to give Braden and Halbert something to focus on and work towards throughout the year, according to Braden’s dad, Kevin Tamosaitis.

This year, Braden started the game, and made the opening kickoff to begin the game. This moment was something that Braden had been looking forward to, according to Kevin.

“He had a big back surgery in December that set him back quite a bit physically. And having the team working with him and this event to work towards, too, has made him work extremely hard to get the strength back that he needs to be able to walk out onto the field that night,” Kevin said.

Though the teams efforts for spina bifida research and autoimmune encephalitis consumed the game, The men’s team was defeated by the Flyers, while the women came out with a win.

The  women’s team finished with a score of 1-0.

Junior midfield/forward Michele Govern made the loan goal within the first 12 minutes of the game. The outshot their opponents 14-7, and was able to capture the win without scoring for the rest of the game.

Lewis kicked off scoring at the end of the first half. They scored again in the middle of the second period, putting the Hounds down 2-0, 62 minutes into the game. The Hounds had a late rally, with Jush Ling scoring in the 70th minute, followed by a goal from Javier Steinwascher  just 6 minutes later.

With a tied score at two and only 10 minutes left on the clock, the Flyers earned one more goal the gave them the win.The men’s and women’s team will both travel to Quincy, Ill. this weekend to battle the Quincy University Hawks on Oct. 13. The women’s game will begin at 6 p.m. and the men’s game will start at  8:30.