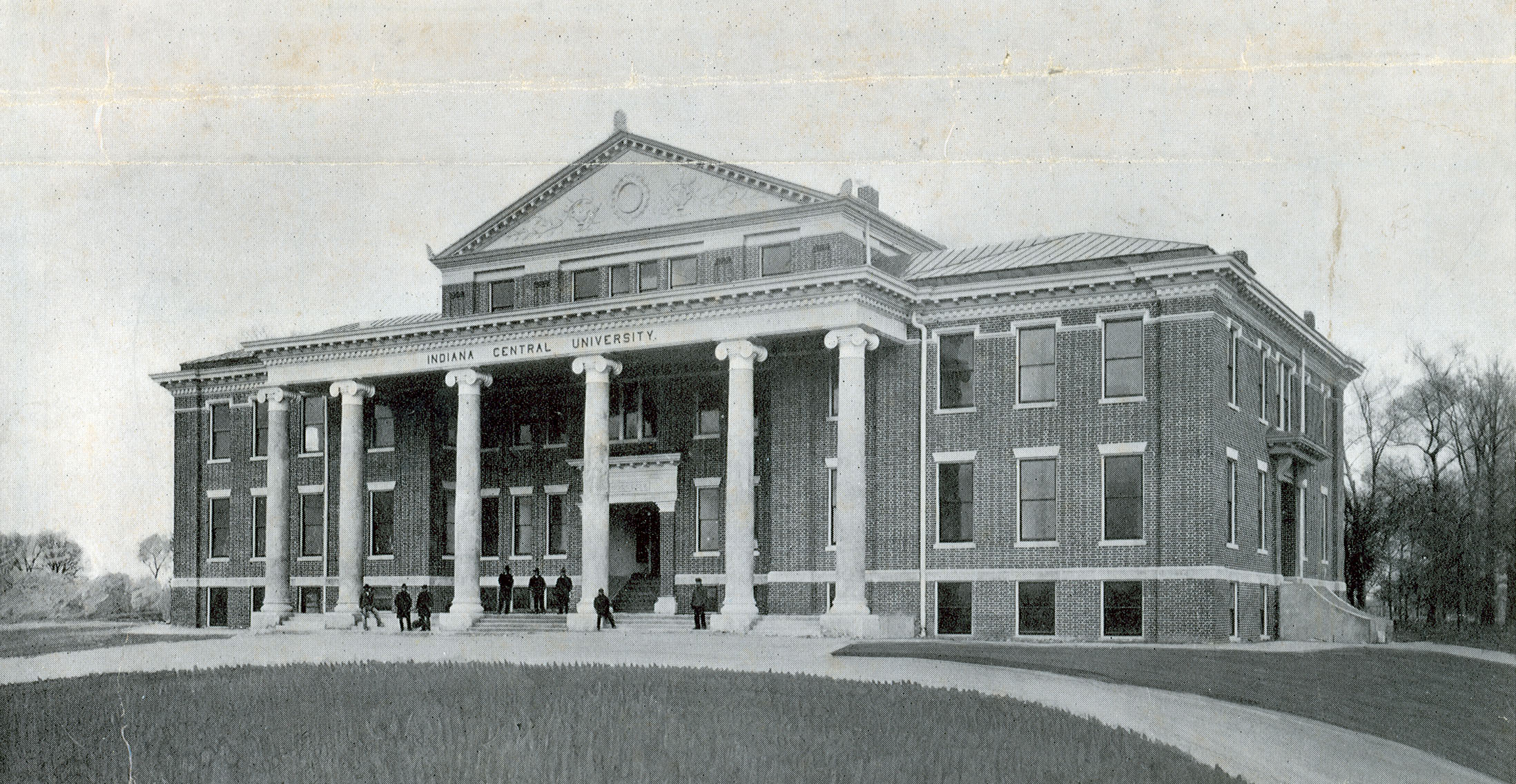 Good Hall was built in 1904, one year before this photo was taken. 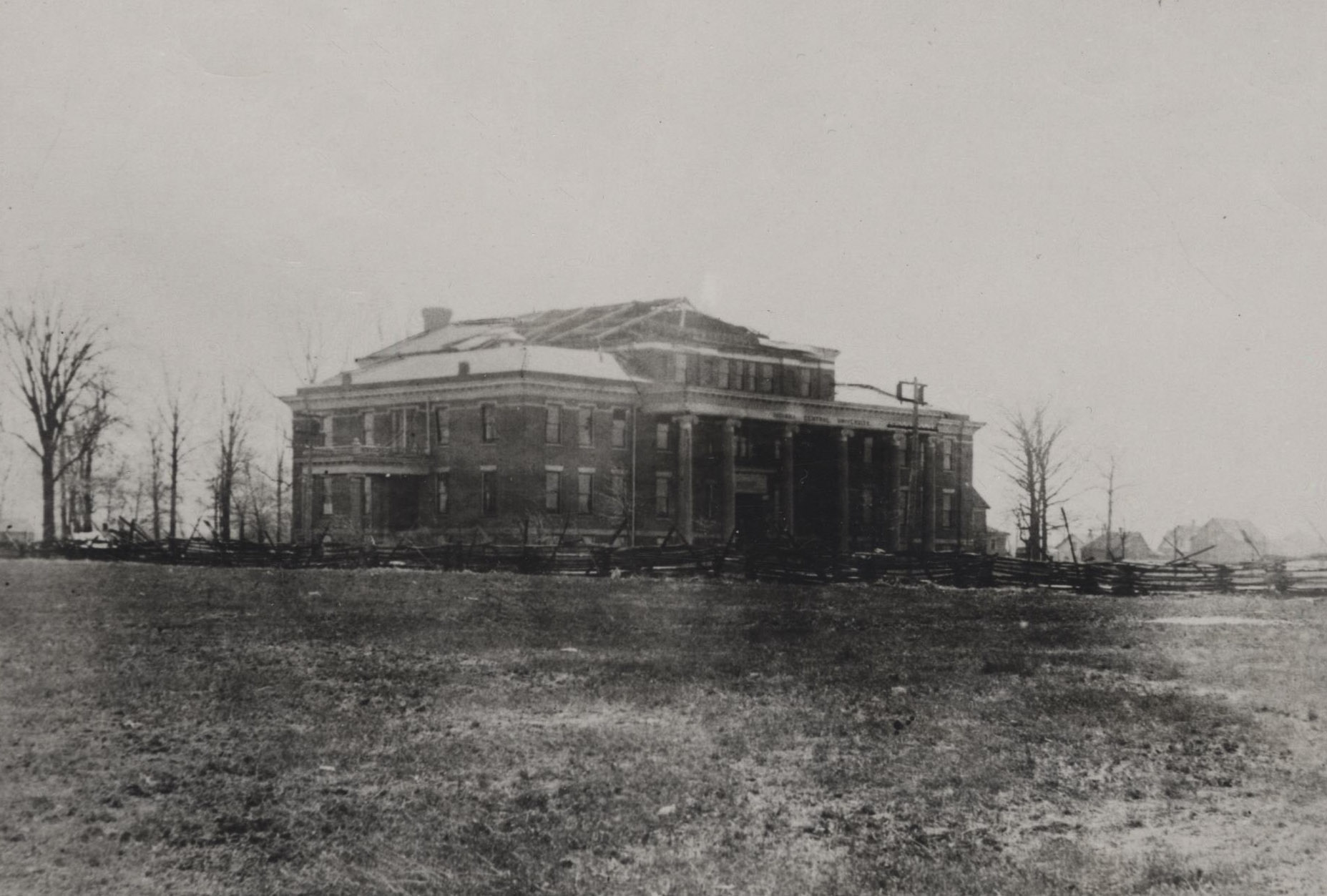 Good Hall was the only building on the UIndy campus until 1922. Photo from 1913. 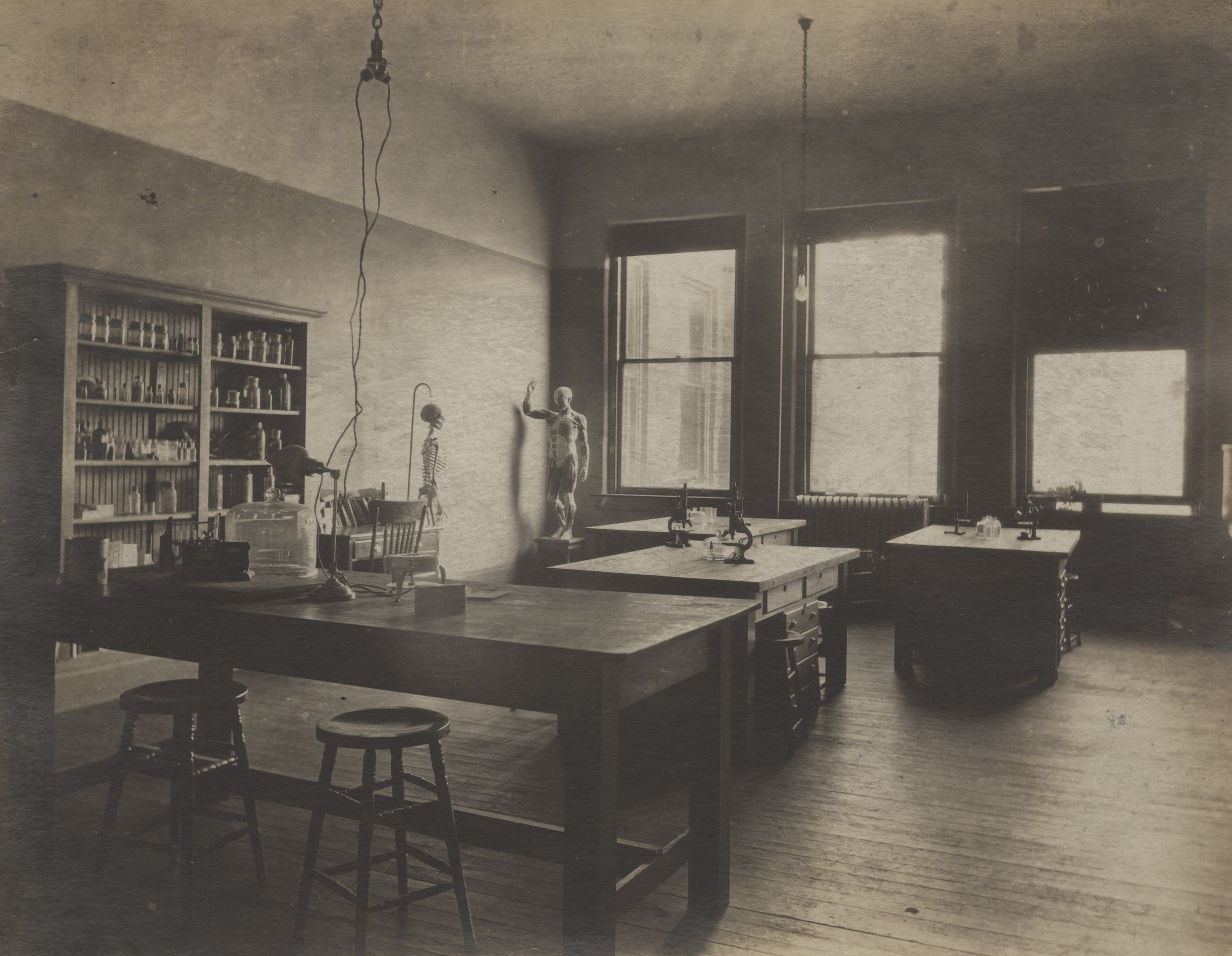 Good Hall hosted science labs like this biology lab from 1920. 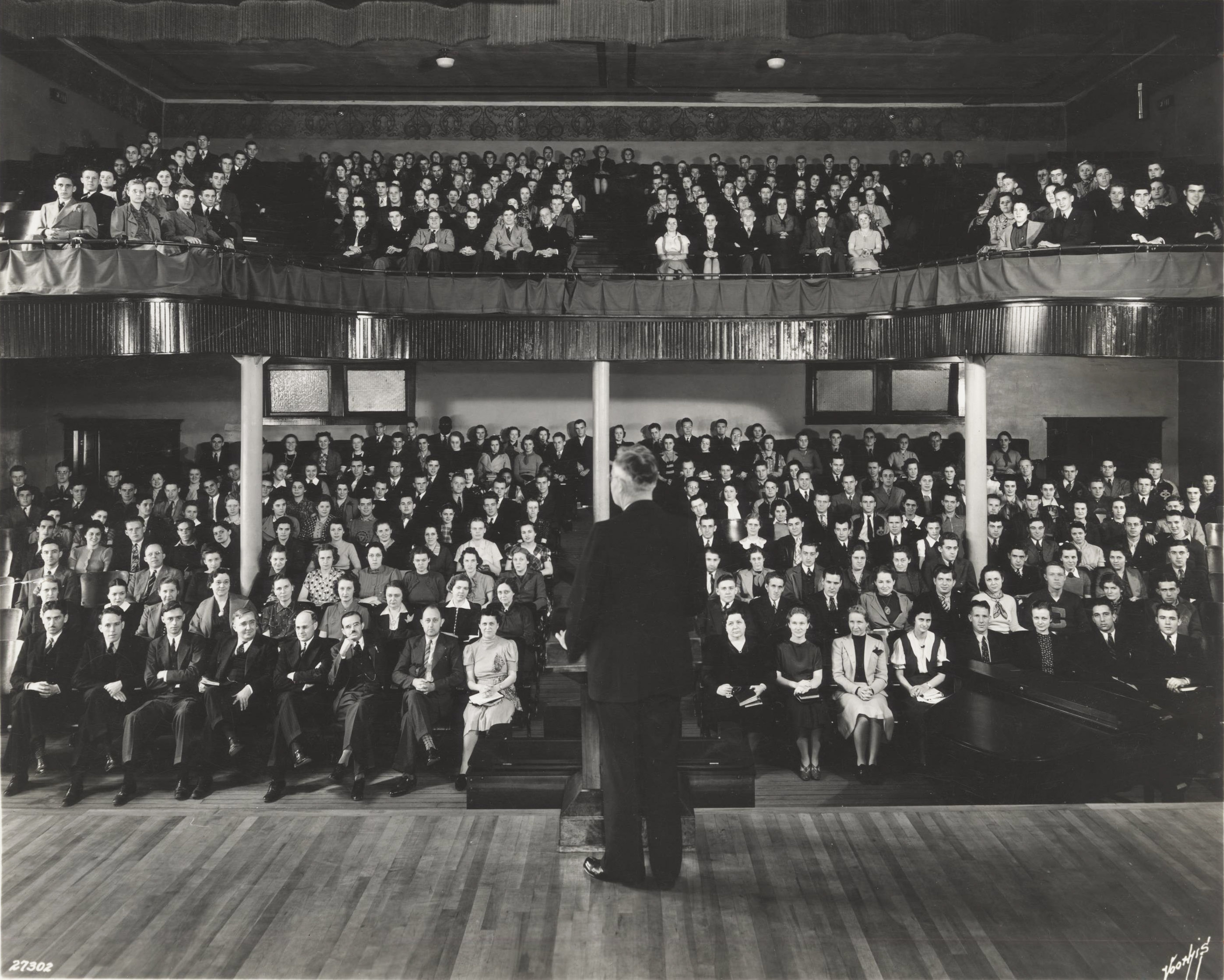 Good Hall was previously home to the Kephart Memorial Chapel. Photo from 1938. 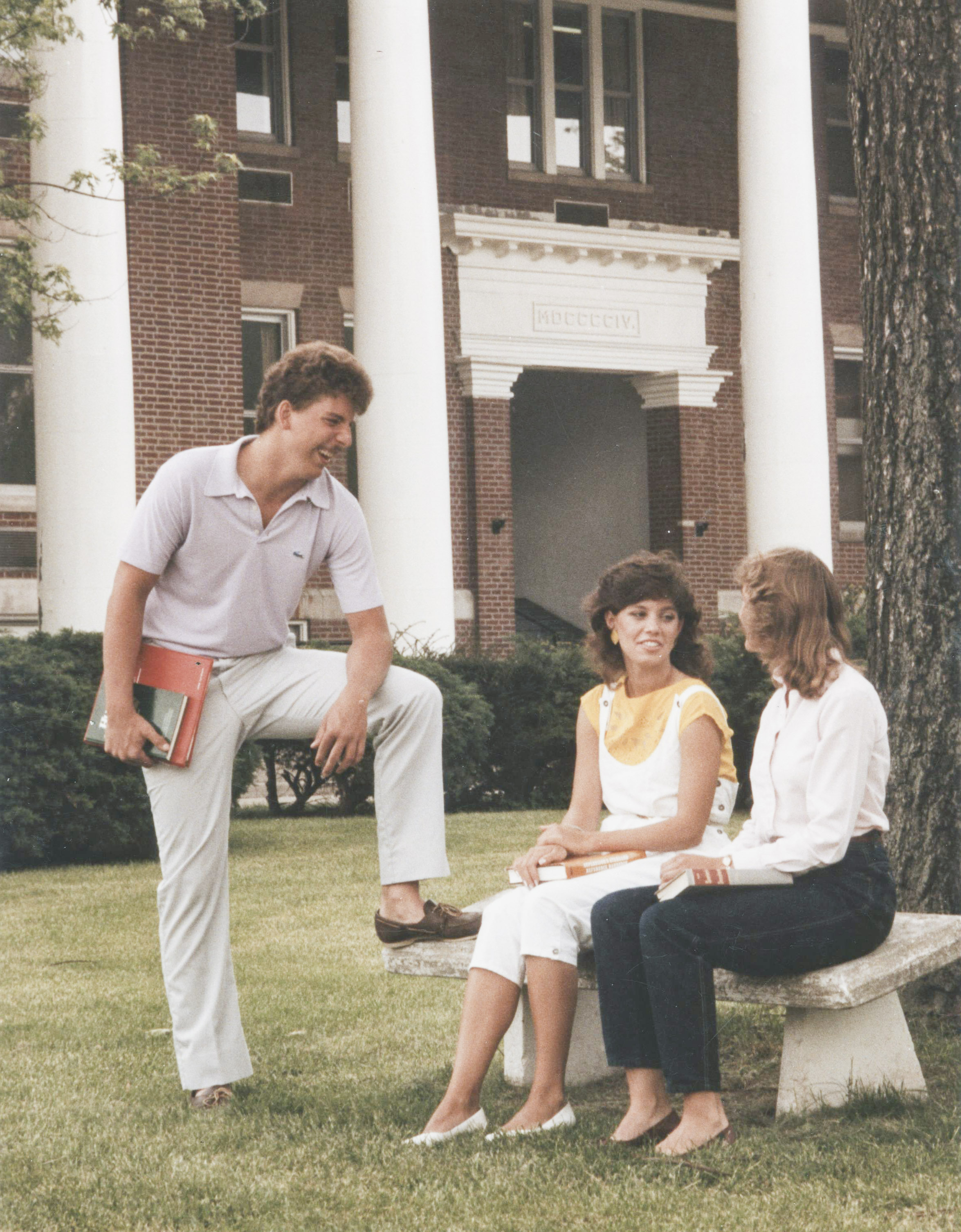 Good Hall has served as an iconic building on the UIndy campus and has been listed on the National Registrar of Historic Places. Photo from the 1980's. 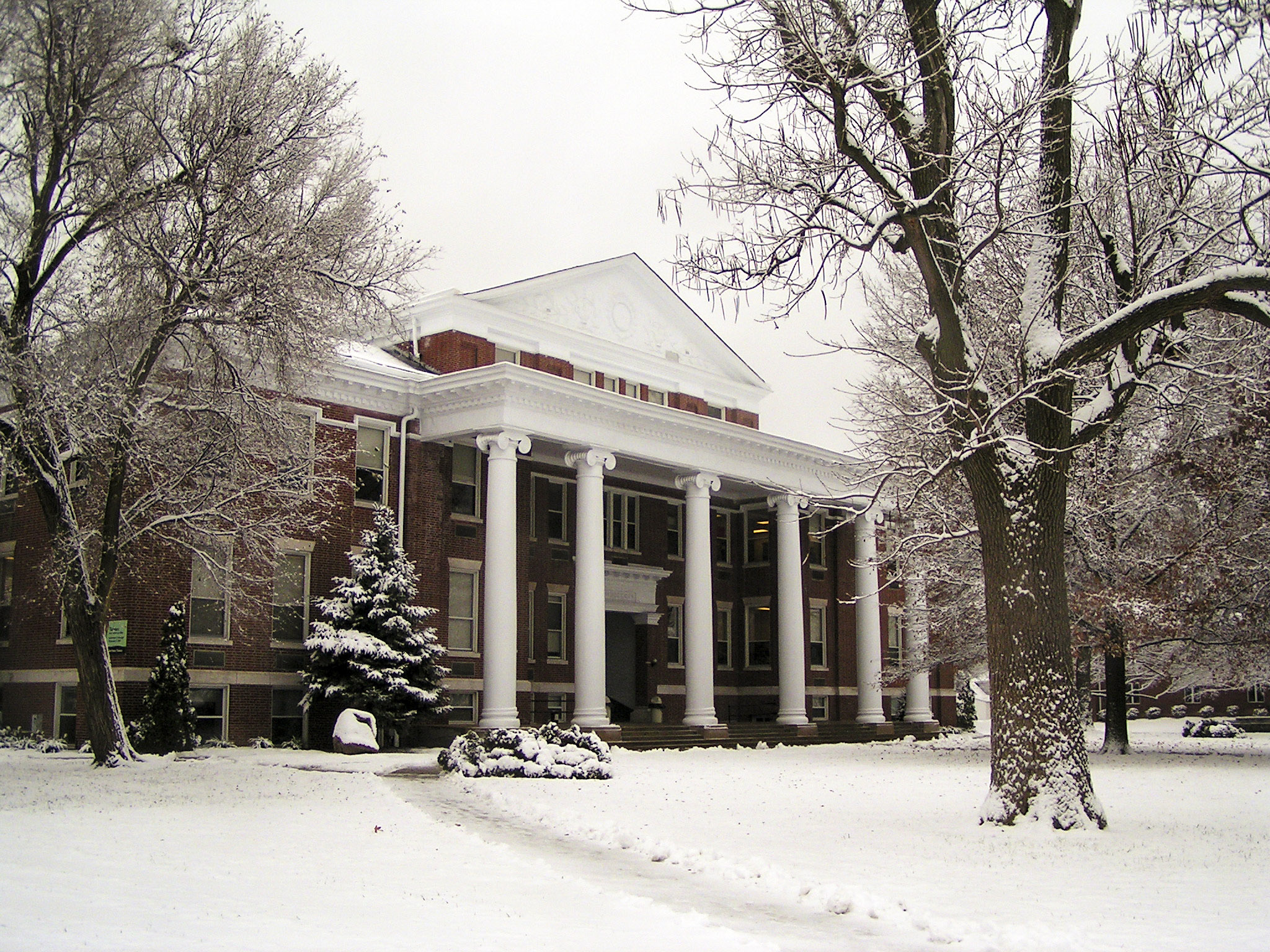 Materials from Good Hall's portico will be salvaged to make the new one. 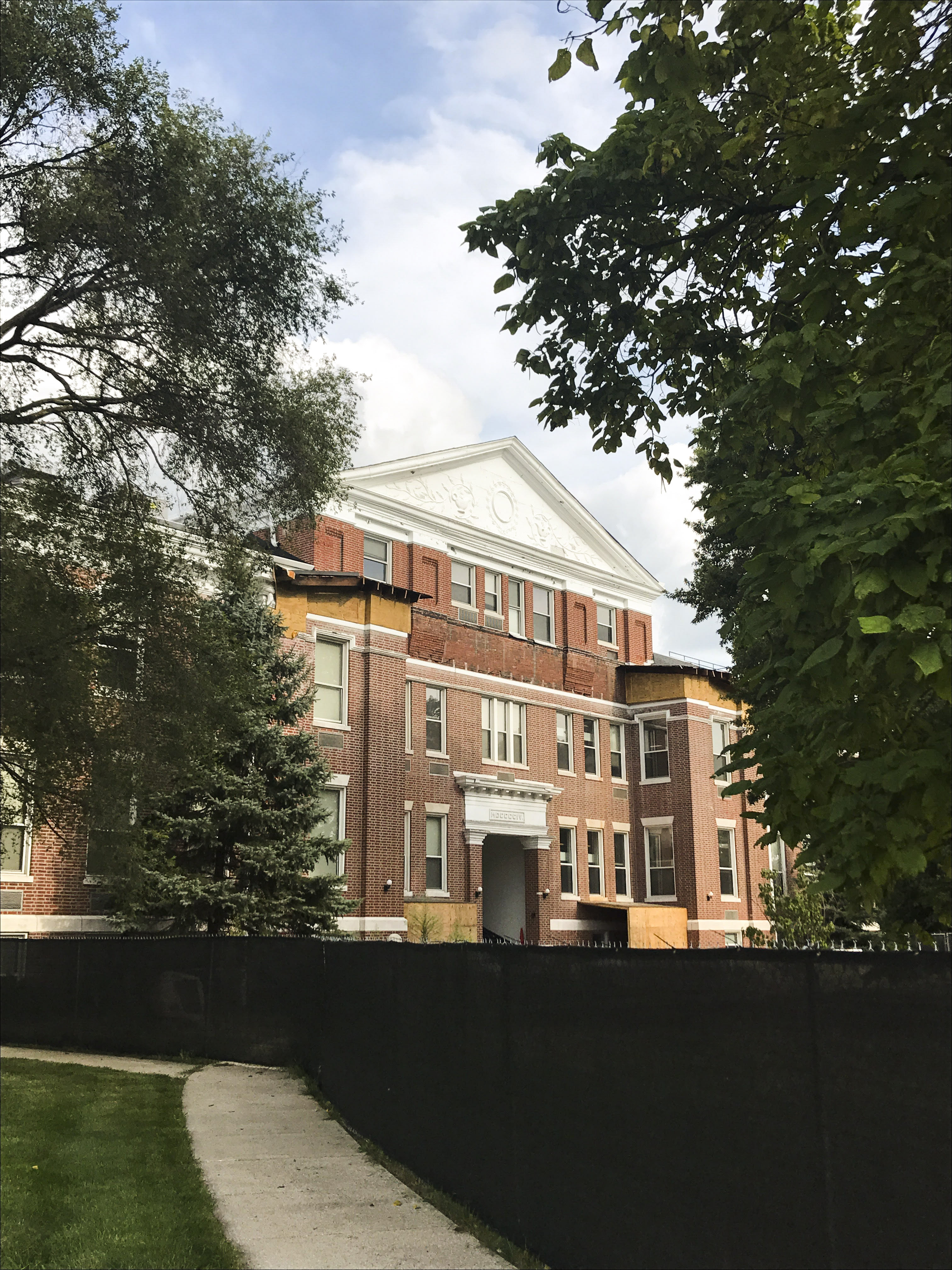 The Good Hall project began with the demolition of the West entrance portico in late June. The restoration and rebuilding work will be completed in 2018. Photo by Angie Mercado.

Good Hall was built in 1904 and for nearly 18 years after, it was the only building on the University of Indianapolis campus. According to UIndy’s website, Good Hall acted as a residence hall, library, chapel, academic and administrative building and home for UIndy’s first president, Rev. John Roberts. The building’s strong connection to the past and iconic look are two of the reasons the university decided to work on restoring the building, according to Director of Communication David Hosick.

“Because of the look of Good Hall being so iconic, it’s important that we take our time getting it right,” Hosick said. “To do so, you have to do that in phases, because the building is a usable building with classrooms and offices. We’re in the first phase of that.”

Discussions about the structural integrity of the building began in the fall of 2016. According to Interim Executive Director of Facilities David Statler, work to repair the structure of the smaller porch on the north side of the building eventually led to an evaluation of the west side portico.

The entrance was blocked off and usable only as an emergency exit while university officials discussed a course of action for restoration. In June, the project began.

“Currently, what we have done thus far is remove the west facing porch,” Statler said. “There were some structural concerns that we had there and so for the safety of faculty, staff and students, it was felt like it would be best to go ahead and remove that portico and thus take away any concerns that might be there.”

The money is coming from the university’s capital funds, which are allocated for building maintenance, equipment replacement and other similar expenses. Donors also can contribute to the project through the UIndy website.

Both Hosick and Statler said that the construction will not change the usability or accessibility of the building. The west entrance will function as an emergency exit should the need arise, and the other entrances are usable.

Some of the west entry also will be redone during the restoration to make it more accessible once completed.

Good Hall has been listed on the National Register of Historic Places under the Administration Building at Indiana Central University, which it used to serve as, since Mar. 15, 1984, according to the NRHP website. To keep with that history, the new portico will look similar to the old one.

“When it [the portico] was actually taken down, there were some of the materials from the old portico that were salvaged in hopes of being able to reuse them when the new construction would happen,” Statler said. “We cannot duplicate what was there because many of those materials just aren’t available anymore. But it would closely resemble and try to keep with the historical significance of the building.”

According to Hosick, the historical significance of Good Hall was taken into consideration when the university chose an approach to fix the building’s structural issues and will continue to be an important factor as the restoration continues.

“I think it’s important that Good Hall is a unique building. It is one of the most important icons of the university and the Hanna Avenue corridor,” Hosick said. “Being able to approach this project as a preservation/restoration project has been a benefit because everyone that’s working on it, everyone that’s planning for the improvements, understands the significance. Going forward, that’s going to be at the top of everyone’s mind.”