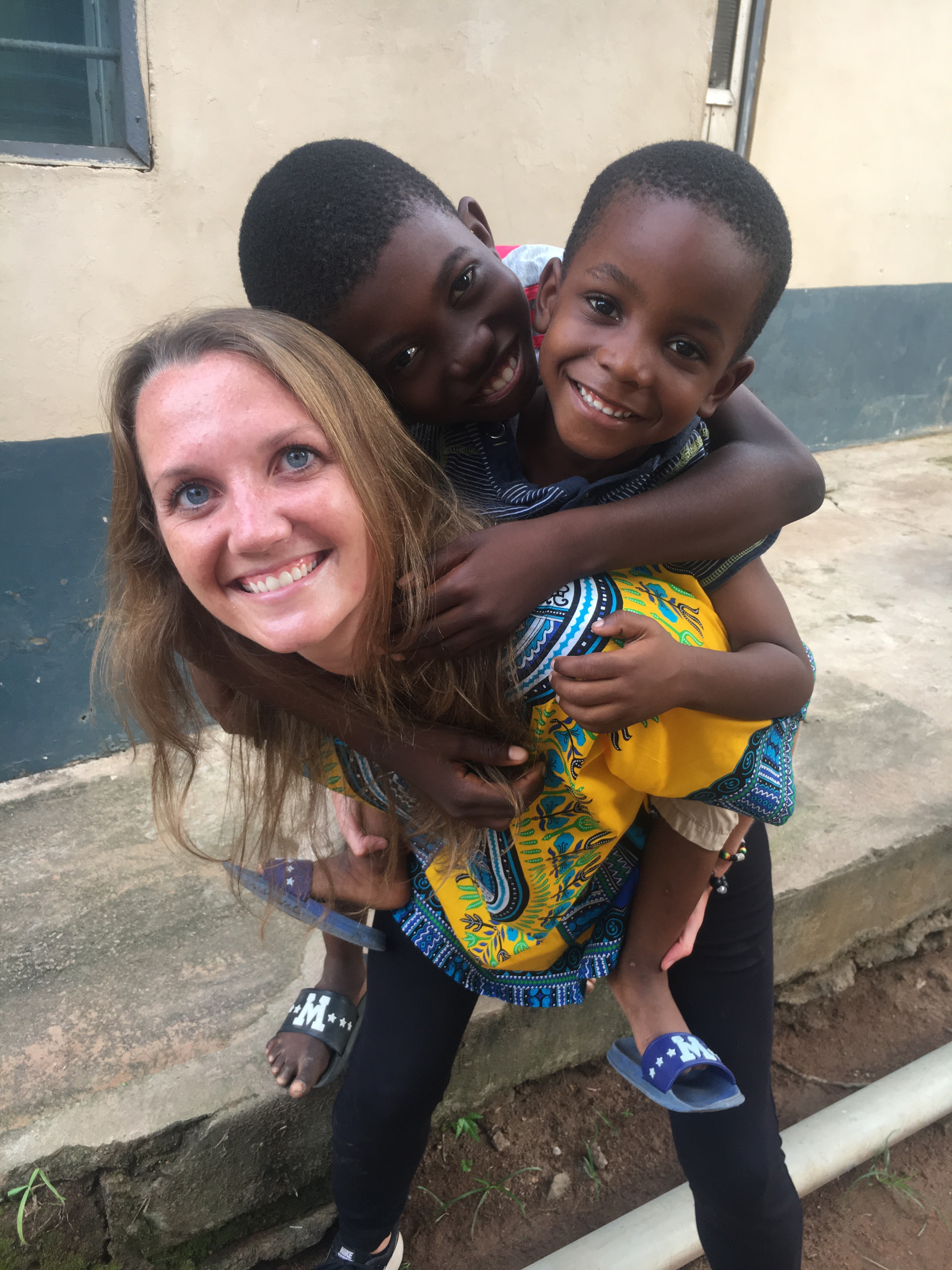 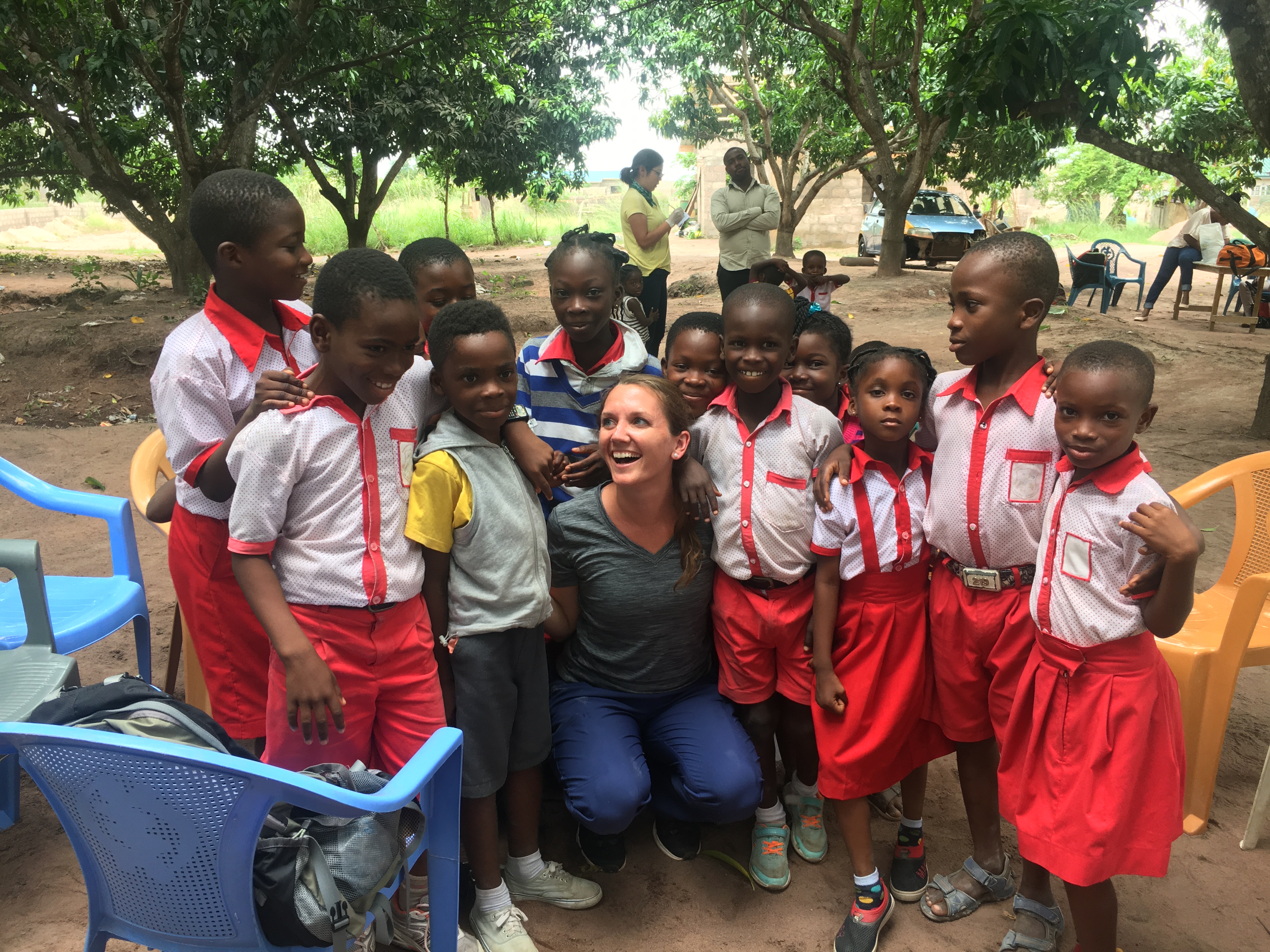 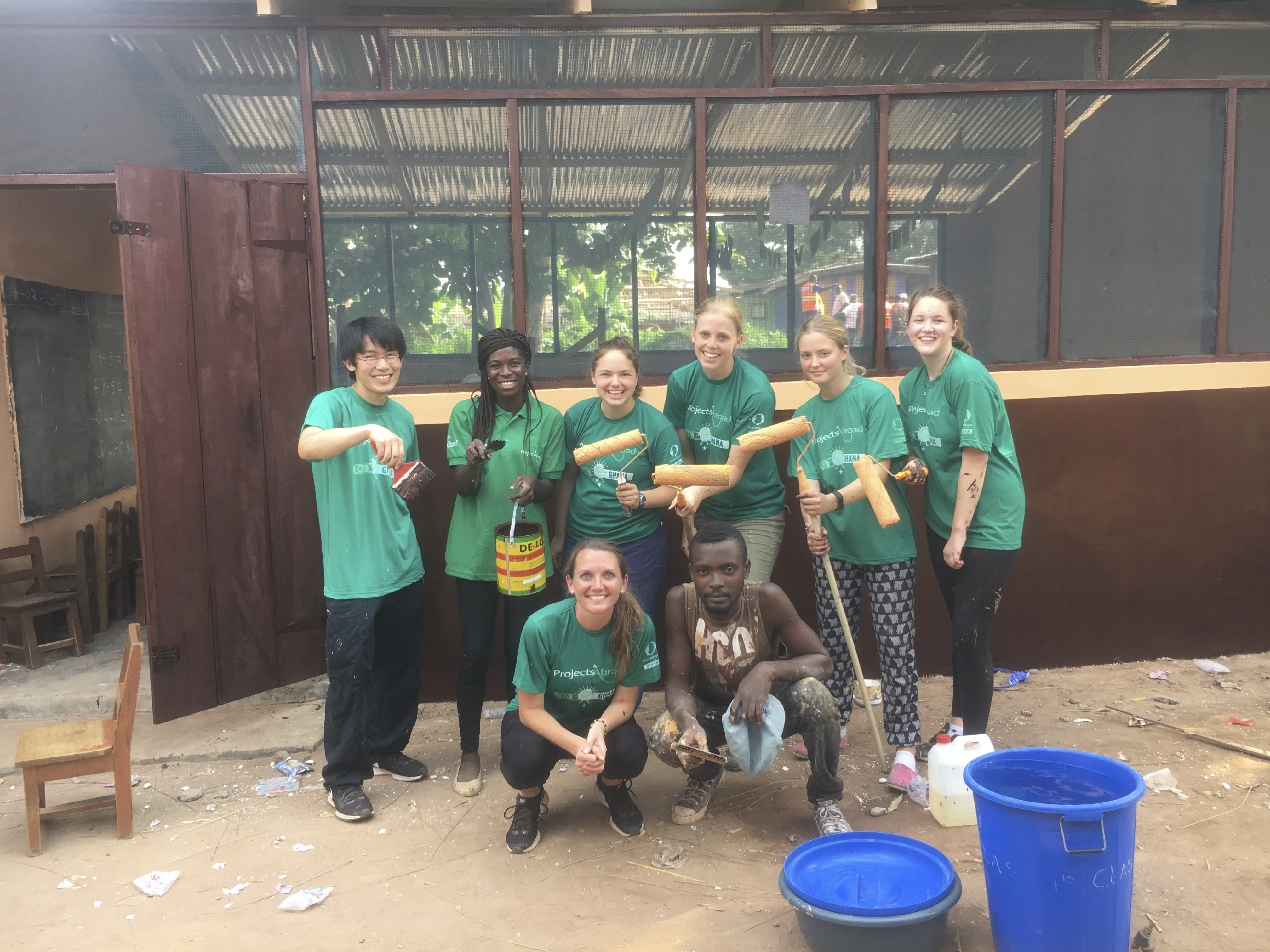 A passion for helping others and traveling led University of Indianapolis Master of Public Health alumna Payton Revolt to search for international internships, which ultimately landed her more than 5,000 miles away from Indianapolis. The decision to accept the internship in Ghana during the summer of 2017 was an easy one for Revolt, who said she has never been afraid to step out of her comfort zone.

It was important to Revolt that she travel to a developing country in order to address problems common for nations  with large impoverished populations. Revolt said that her work in Ghana was a perfect way to combine her passion for travel and helping others.

In Ghana, Revolt had the opportunity to implement a program that provided free same-day testing and treatment for malaria to school age children. If children tested positive for malaria, Revolt provided a seven day antibiotic tablet to the children as a treatment.

Despite being preventable, malaria is the most prevalent disease on the African continent and is commonly transmitted through mosquito bites, according to the Centers for Disease Control and Prevention. Malaria kills one child every 30 seconds, which adds up to about 3,000 children a day, according to UNICEF.

“I believe this is what God has called me to do in any way that I possibly can. I wanted to make an impact in these individual’s lives all while knowing that they were actually making the biggest impact in mine,” Revolt said. “The children were so welcoming and inviting and I knew that heading to Ghana was the right thing for me to do.”

To avoid contracting the disease herself while working in Ghana, Revolt took an antimalarial tablet. She also took other precautions to protect herself, such as sleeping under a mosquito net to prevent contracting the illness.

Revolt said she was passionate about the project because the medication that was so helpful to her was something the majority of citizens she encountered in Ghana do not have access to, which was something she wanted to change.

Along with testing for malaria, Revolt also tested school teachers for Hepatitis B and educated both teachers and students on personal hygiene, safe sex and transmission of diseases. To help assist with her international travels, Revolt operated a fundraising page online through which family and friends could donate to help her pay for expenses.

Revolt said the most difficult aspect of her trip was accepting her own limits. During her second week in Ghana, for example,  she learned from the headmaster that one of the children who had tested positive for malaria had passed away. She said that this was one of the most difficult experiences for her while abroad because it made her face the reality that no matter how hard she tried, she could not help all the children in Ghana. Even more affecting, Revolt said, was the nonchalant attitude of those she spoke to about the child’s death.

“Reality just slapped me in the face at that point,” Revolt said. “This is a very big problem but yet there it’s just ‘Oh yep, he passed away from malaria.’ It’s not a big deal to them.”

Although she studied widespread diseases  during her time at UIndy, Revolt said the hands-on experience expanded her interest in public health in a way that academics alone could not, especially in countries where preventable illnesses are an epidemic because of sparse resources.

Associate Professor of Kinesiology Heidi Rauch said that with a public health focus, there are many opportunities available for students to apply their skills overseas, particularly in areas where poverty is widespread. Rauch encourages students to take such opportunities to travel.

“Whether people want to stay in the states or travel internationally, public health is a field you can do so much with,” she said. “It’s a good way for people to explore different passions that they might have and  figure out what they want to do long-term.”

In the future Revolt plans to pursue more experiences and opportunities like those she had in Ghana in different places, such as the Philippines and Cambodia. She said that she hopes to go back this summer, and possibly make a career out of traveling and helping others abroad.

“I just think everyone should experience this,” Revolt said. “It’s way different in person. I was very happy that I went. I think I’ve found my passion…Maybe global education is something that I should be doing.”