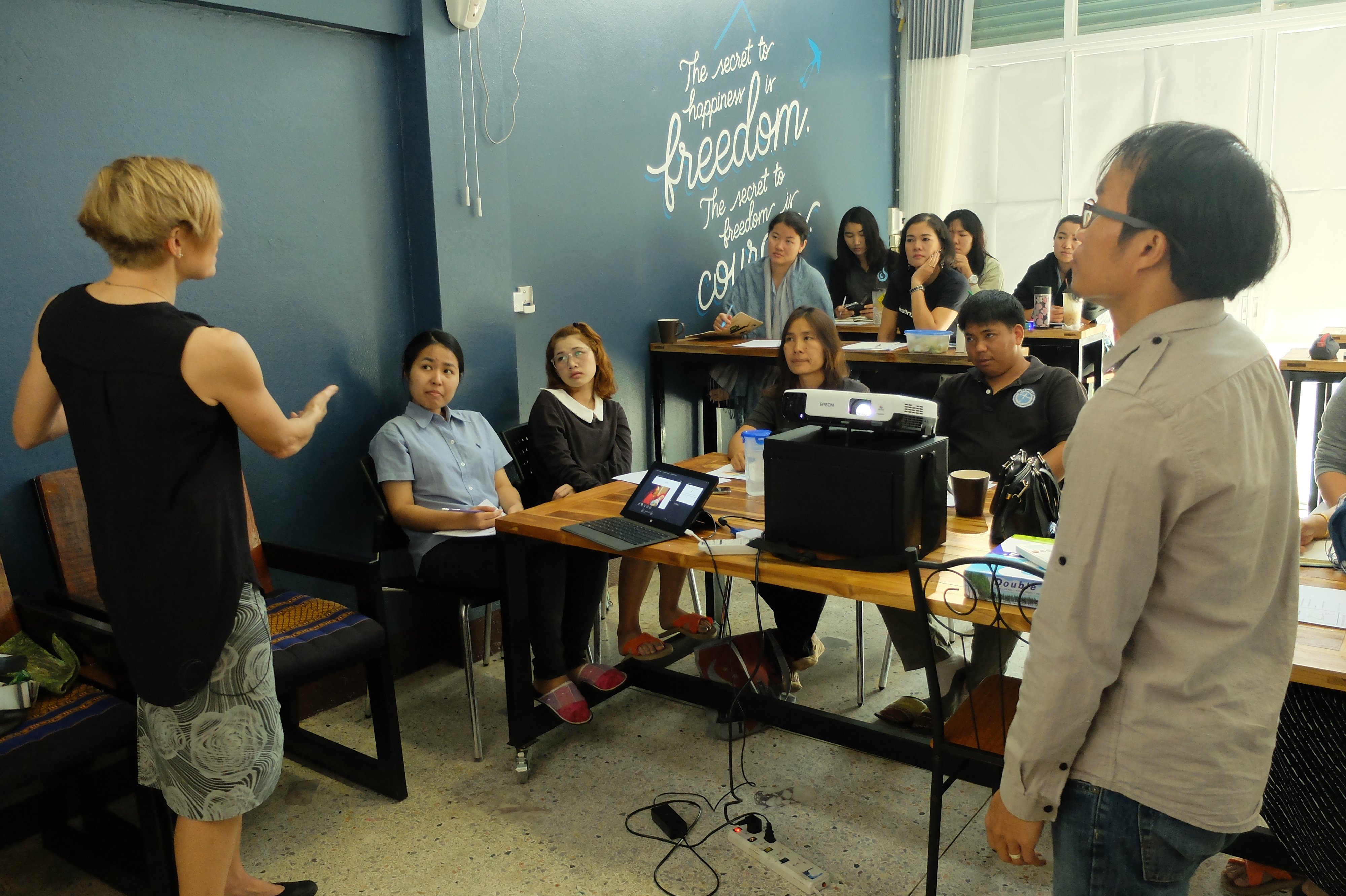 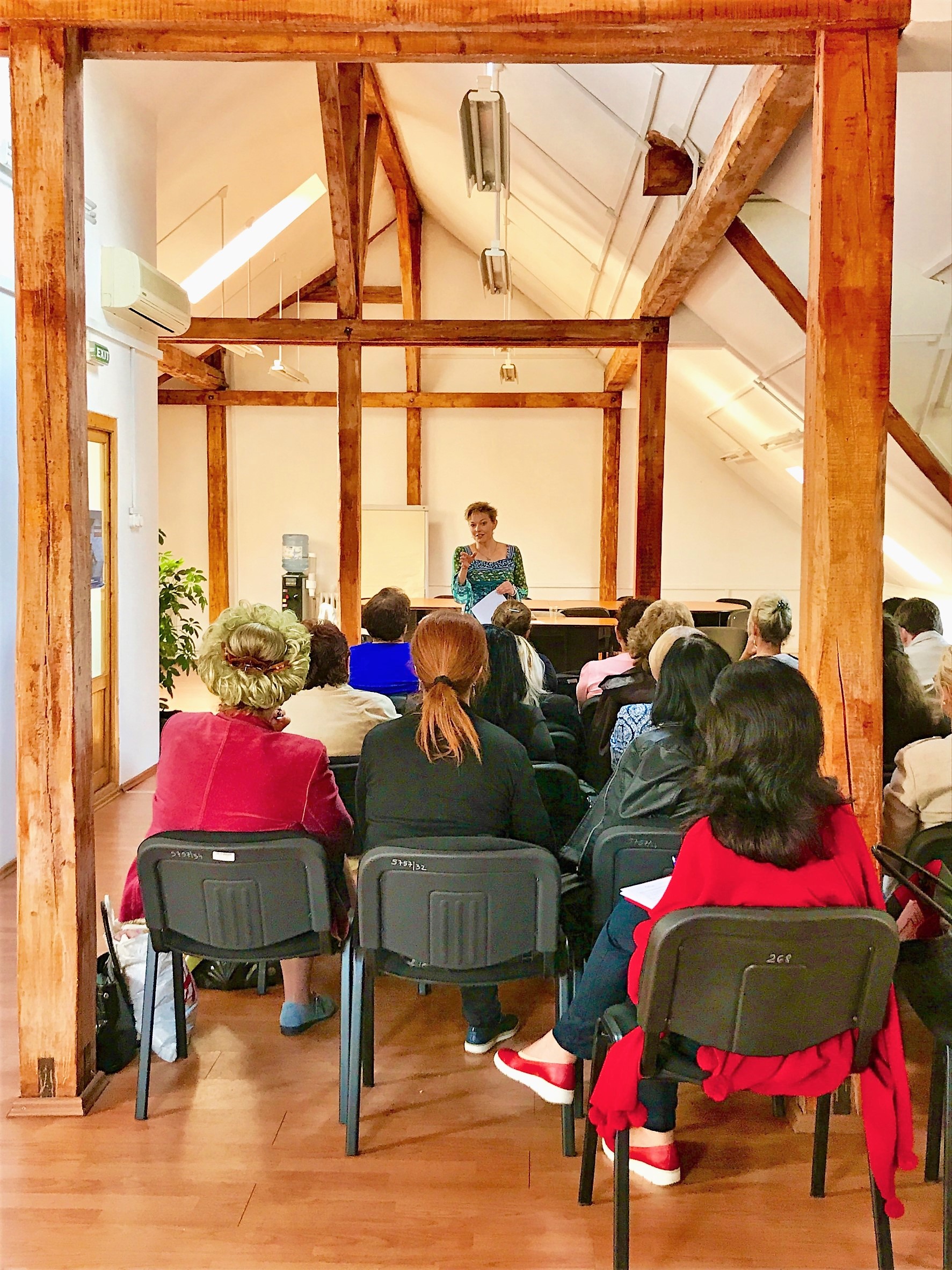 Combining skills and education in health, entrepreneurship and global studies, University of Indianapolis alumna Katherine Welch founded Relentless, a global consulting agency based in Thailand that facilitates counter human trafficking organizations. Welch said that she helps these organizations educate their personnel about trafficking, exploitation and trauma.

“One day in class I said, ‘You’re really good; you should think about going to medical school,” Burnell said. “….That sort of happened to her a couple of times, where someone would make a suggestion. Something that has always made her unique is that she’s always been open to considering those suggestions… If someone puts an opportunity in front of her, she’s at least going to investigate it. So she felt like me saying that was an opportunity to consider something.”

Welch said that because the IU  School of Medicine encourages its students to travel abroad, she was able to take a short-term trip to Asia. During this trip, Welch said she saw many problems that she had never experienced before. After completing her residency at the University of Alabama, she had the opportunity to return to Asia, to work at the Kwai River Hospital on the border of Thailand and Myanmar. She said that while working at the hospital, she encountered more victims of sex trafficking and exploitation.

Welch worked internationally for approximately 10 years before devoting herself full-time to developing her organization. She said that when deciding on her future career, she thought she was ready to leave the United States and make a difference in other parts of the world, and she has never looked back.

Burnell said that despite the other opportunities that Welch was offered, she was devoted to independently developing her own way of assisting trafficked and exploited people.

“She was offered some really prestigious residency fellowships, the kind of thing that most residency students cut each other’s throats for,” Burnell said. “And she said, ‘No, I want to go back to Thailand.”

According to Welch, Relentless’ goal is to build the capacity of organizations fighting against sex trafficking to produce more effective interventions for their beneficiaries.

“A good chunk of what I do is actually capacity building,” Welch said, “Which means I’m helping these facilities develop their health care component. Lately, I do a lot of workshops on trauma and trauma-informed care, and a lot of mental health. So that’s probably half of what I talk about now, and helping the organizational staff understand what trauma is and what is trauma-informed care.”

According to Welch, trauma not only affects the mind, but also the body,  so many people who have been traumatized have physical symptoms. She said that there are many misconceptions about trauma patients having just mental post-traumatic stress, but the traumatic memory is actually also stored in the body.

“When law enforcement or the lawyers are doing the investigation, and [traumatized people] just can’t seem to get this story out, they [law enforcement] feel the need to understand their trauma,” Welch said. “But actually they have to understand [that] it’s not about getting them to tell their story, because the way that traumatic memory is stored, it may not have any language attached to it. They [traumatized people] are not being difficult people, they just can’t actually tell you. So helping explain, in a very basic way [is important], what’s going on in the brain and the body to people who’ve never heard this before.”

According to Welch, most of the beneficiaries of the organizations she helps are exploited, abused and trafficked people around Thailand.

“The thing is, you can’t really make a clear cut by saying, ‘Oh, it’s only trafficking,’  because probably what I see the most is just exploitation. I also deal with a lot of people­, men and even young people, who are in this sex trade,” Welch said. “So they’re not technically trafficked, but they’re most definitely exploited. To get to the point where they’re in that situation, they’ve probably suffered abuse of some kind.”

Welch said that although prostitution is illegal in Thailand, the culture allows for an easy transition into the industry. While some prostitutes are trafficked, according to Welch, she sees more exploitation in the country than truly trafficked people.

“Prostitution is not legal here, but there are these entire neighborhoods that are just devoted to prostitution,” Welch said. “It’s pretty much protected because the entertainment industry brings in so much money. That’s why I say they’re exploited, because within that neighborhood,  you’ll find truly trafficked people.”

According to Welch, despite the fact that government often turns a blind eye to prostitution and its ramifications in society, those who are prosecuted are usually those who are being trafficked or exploited for the work.

“This world and this country [Thailand]—there are just innumerable contradictions. The actually trafficked people, they [authorities] will actually arrest for visa and immigration violations. So the people that are actually most desperate for help they will actually just arrest and prosecute for something else [other than prostitution].They tend to arrest the people selling the sex, but they’re never arresting the people buying.”

Many Thai men and women involved in the prostitution industry do so for their basic survival,  and some sell sex by choice, according to Welch. She said that some people may question why anyone would willingly participate in prostitution, but after having honest conversation with men and women in the sex industry, she is better able to understand the situations that forced them to participate in this work.

“For example, you might have a youngest daughter of a family, and the dad gets sick and needs surgery,” Welch said. “She has to raise money, and they aren’t going to ask too many questions about how she’s getting money to pay for Dad’s surgery. Most often it’s the culture and the societal violence that allows children to go through that to provide for their family.  They make a choice, but it’s a choice between two really bad choices.”

Welch said that she is working on networking in Thailand and spreading awareness to influential members of society.

“I’m starting to get more contact with the Thai government,” Welch said. “Being present and being invited to speak in certain places opens up more opportunities, and you meet more people. People in those circles are starting to find out who I am, and I’m starting to be able to introduce what I’m doing. That’s precisely the area of developing a much more trauma-informed care of victims because the government here has taken a very traditionally cold psychiatric approach to people with mental health problems. What they think is victim-centered care is definitely not there.”

Going forward, Welch said she is focused on bringing knowledge about mental health care to Thailand and other underdeveloped parts of the world in order to help those who are suffering.

Women’s basketball focuses on one game at a time