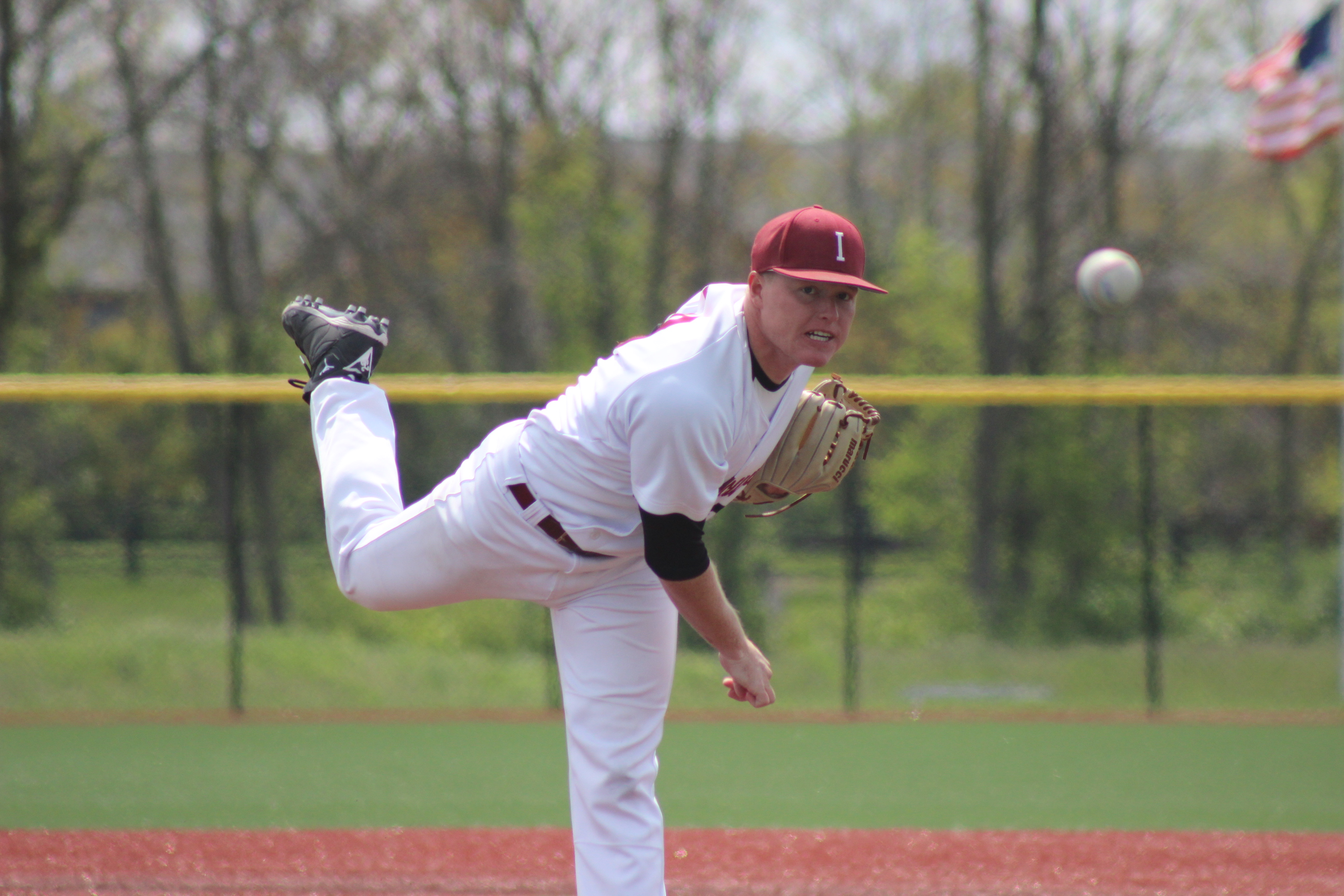 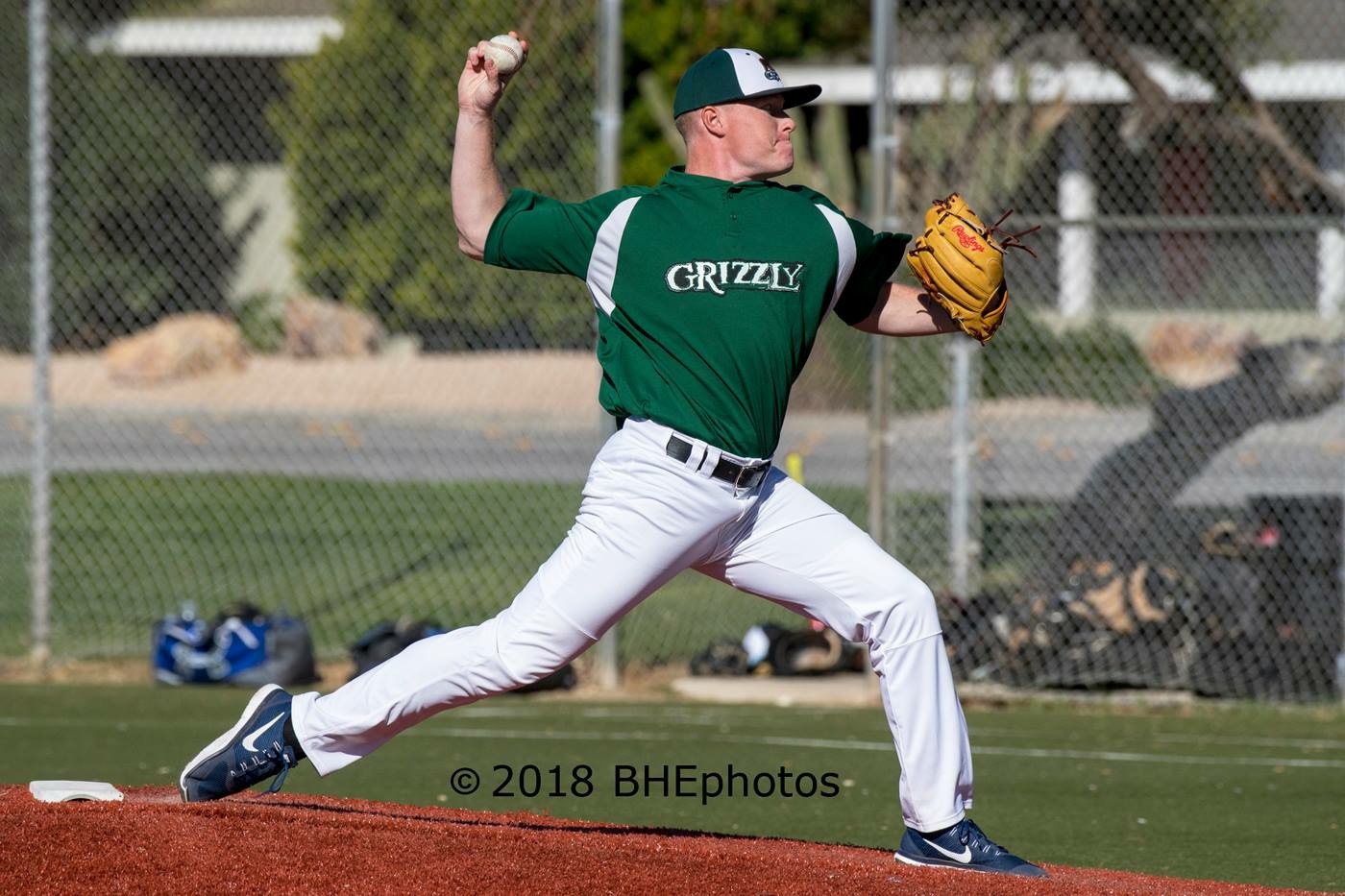 A dream of many young athletes is to play professional and University of Indianapolis alumus Adam Cornwell just signed to achieve that dream. Cornwell recently signed to pitch for the Traverse City Beach Bums as part of the Frontier League.

Cornwell began playing baseball at four years old and continued to play while growing up. At Bloomington North High School he spent three years on the varsity team, until 2014 when he came to play at UIndy.

Cornwell said the first time he pitched was when he was 13 years old. He did not, however, consider himself to be a pitcher, but when he came to UIndy, that quickly changed.

“I could throw the ball pretty hard, but I just wasn’t a pitcher,” Cornwell said. “So my freshman year was really a learning curve for me, at UIndy, to really learn how to pitch. I think the coaches there at UIndy, [former Pitching] Coach [Jordan] Tiegs, [Assistant Baseball] Coach [Al] Ready… I think they worked really well with me teaching me how to pitch and learn that aspect of baseball.”

During his freshman year at UIndy, Cornwell pitched a total of 14.2 inning, but became a starter his sophomore year, pitching 47.2 innings and striking out 40 batters. Ready said Cornwell can control the speed of his pitches really well and has a good fastball and curveball, and is also very dedicated and a hard worker.

“He [Cornwell] was just a selfless teammate as well,” Ready said.  “He would do whatever it took to help the team. He is just a great character person. He developed, and his stuff, his pitching,  got better over the years and he kind of worked his way up to a midweek conference starter.”

The summer after his sophomore year Cornwell went to Poway, Calif. to play baseball where he said he worked with pitching coach Dom Johnson who had also coached many professional players including Joe Musgrove and Chris Devenski, both pitchers on the World Series winning Houston Astros, who Cornwell has also worked with. According to Cornwell, that summer Johnson helped him mold into a pitcher he did not know he could become and also told him he was good enough to play professionally.

Cornwell said during his junior year at UIndy he was having a good season until his appendix burst. Ready said this happened during a game that Cornwell started and he did not say anything to the coaches until the fourth or fifth inning. According to Ready, this shows Cornwell’s dedication and toughness. Cornwell was able to recover in time to start for the Great Lakes Valley Conference championship game, which the Hounds won. During his junior year he pitched 34.1 innings.

After his junior year in 2016, Cornwell decided to pursue graduate school at the University of Pittsburgh and continue to play baseball. He said he thought it would be a good way to prepare himself to play professionally, but he did not get to play very much. Cornwell pitched 6.2 innings as a Panther and started once.

“I got down because I didn’t throw as much and I didn’t know if playing baseball at the next level was going to be for me,” Cornwell said. “So I gave my coach, Dom, a call and said, ‘Look, tell me how it is. I can take it, I’m a man. If I’m not good enough tell me.’ ‘No, you’re good enough,’ he goes, ‘Come out here, starting January you’re going to sign up to play the California Winter League.’”

Cornwell played in the California Winter League in 2018. It is a professional development instructional league and the official winter league of the Frontier League. Cornwell said he is playing with and against players United States and from around the world including Canada, Japan and Taiwan. Cornwell signed with Traverse City after three of nine outings in California. According to Cornwell, he got the call to sign on Feb. 2 which was his great grandmother’s birthday.

“It just seemed kind of surreal because she passed away last year. She was 97,” Cornwell said. “I had a big moment with her my last game I pitched my high school season. [It] was her first game she had ever seen me play. There was a big story about it in the paper…. Then I got the call on that day, it was just a surreal moment for me because it would have been her 98th birthday.”

Cornwell finished out the winter season in California and will be going to Michigan in the spring to play for Traverse City. Ready, who played in the Frontier League himself, said he thinks Cornwell will be very successful.

“Every kid dreams of playing in the major leagues and that is just the nature of baseball,” Ready said. “And if that is your dream, then you have to go through the process and climb the ladder, so to speak, and high school or college baseball and then professional baseball [which] doesn’t start at the major league level. It starts off at the minor league level. And you have to prove yourself at each level and this is just an opportunity for him to do so.”

Cornwell said he did not notice a need for a different skill set as he moved up. There is no difference between hitting at the Division I and Division II level, according to Cornwell, and he also did not see a difference while in California either. He said the thing he did notice was that the needed to be in the right mindset for wherever he was playing.

“I don’t think it is so much pitching any different. I think it’s more you need to be more confident in yourself and confidence is really what is going to drive you to succeed,” Cornwell said. “Be the best you can be because if you are not confident then good luck out there, you’re not going to do very well.”

Senior first base Dylan Jones said he and Cornwell came to UIndy at the same time and also played summer baseball together. To Jones, it was clear Cornwell had the dream of playing baseball and that he worked hard to achieve it.

“I think it’s really cool [Cornwell signing to play professionally] because we’ve had a few kids in the past years that deserve maybe to be signed somewhere, that didn’t happen,” Jones said. “But I think he really went out there and got it for himself and made a name for himself and finally got there. It’s pretty cool to see someone do that.”

Cornwell said he plans to continue to be involved in baseball for as long as possible. He is currently getting his master’s degree from Ball State University in athletic coaching education, so that he can one day be a college baseball coach. Cornwell said he is looking forward to playing for Traverse City. Their 2018 campaign begins on May 11.

“I’m going to go up to Traverse City at the end of April. I’ve got to do my thing and prove to them that I am good enough to be up there,” Cornwell said. “I want to play baseball until someone tells me I suck and I can’t play anymore. I don’t want that to come for a few years…. I’m just ready to get up there and see where baseball can take me.”