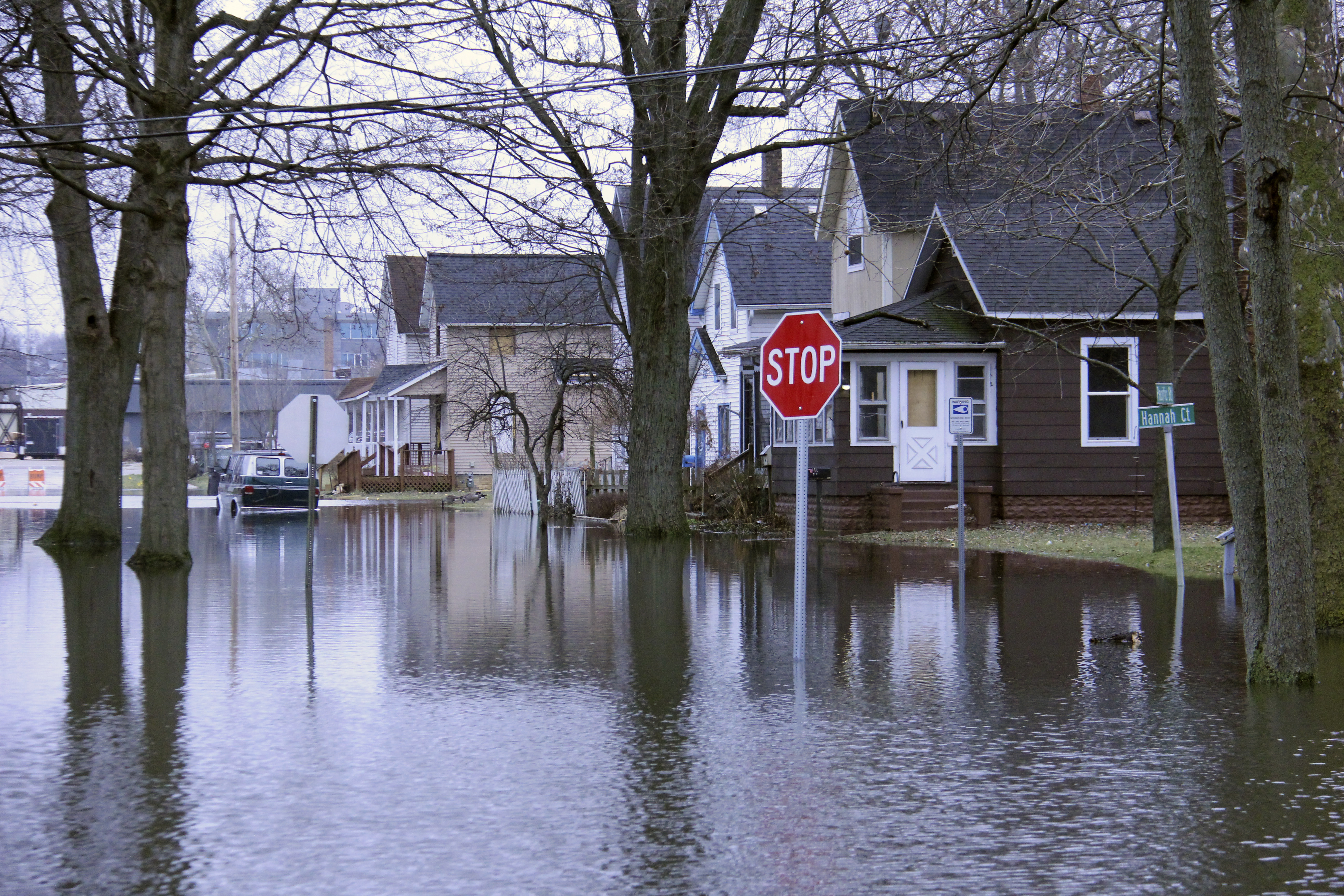 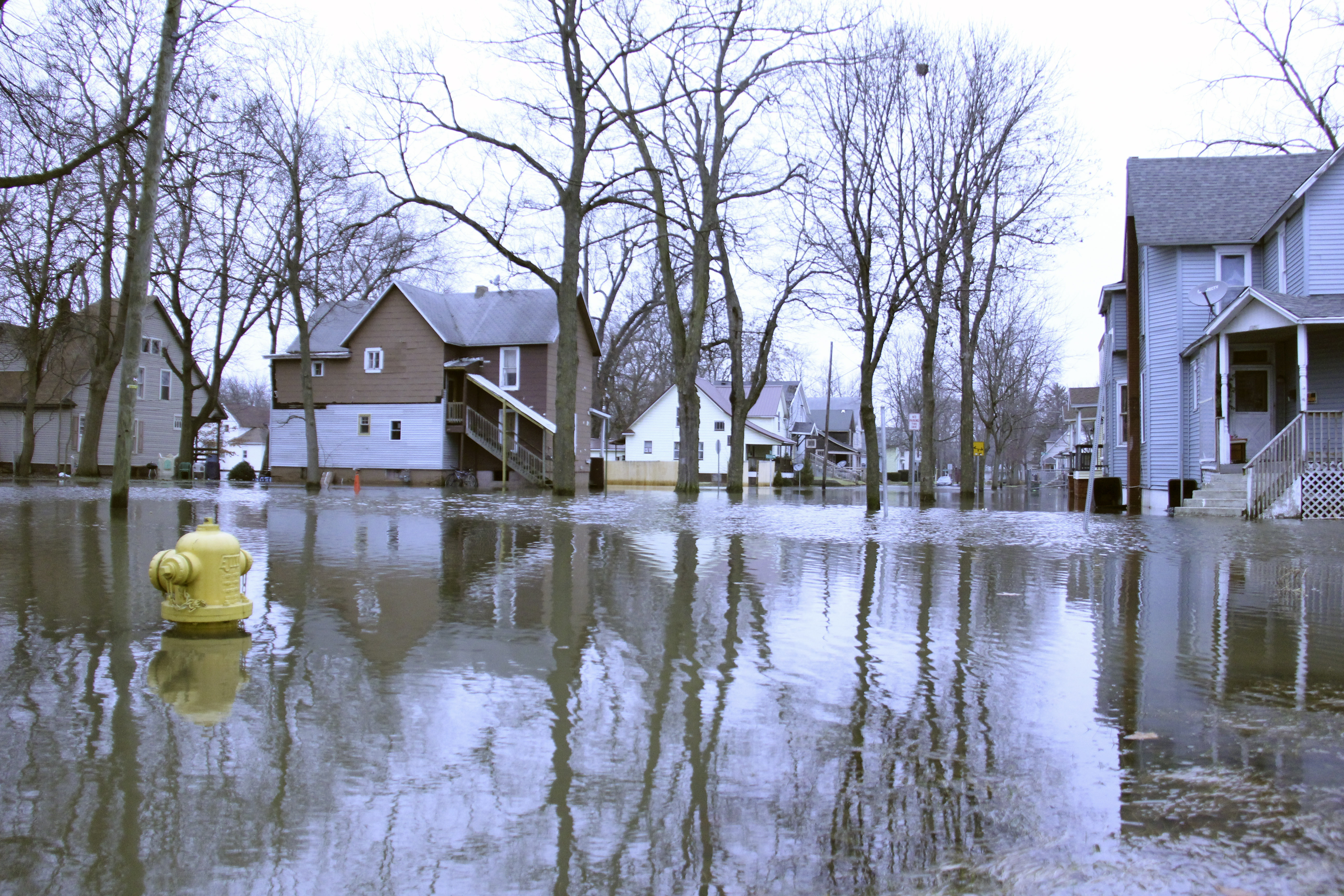 As Vanessa Goree and Eric Davis sat down for lunch in the basement of Central Christian Church, in Elkhart, Ind., where they had been living for the last four days, Goree prayed for their food and thanked God for everything they had. Goree and Davis, like many residents of Northern Indiana, had to evacuate their home when it was threatened by flood waters. They evacuated on Feb. 21, according to Goree, and moved in to an American Red Cross Shelter.

The National Weather Service issued a flood watch for Elkhart on Feb. 19, which turned into a flood warning on Feb. 20. The same day they began to get reports of flooding in Northern Indiana. By Feb. 24, Governor Eric
Holcomb declared a disaster emergency for 11 counties in Northern Indiana.  Over the next week, 15 more counties, in both Northern and Southern Indiana, also were added to the list. A disaster emergency means that the State Department of Homeland Security can get involved in relief efforts and expand emergency services in the area, according to a press release from the governor’s office. This also is a step required for the state to request federal assistance.

“I was in awe. I didn’t know what was really going on,” Goree said. “It was freaking me out because I never thought I’d see something like that in real life. You see things like that on TV, like New Orleans or Puerto Rico. I just never thought it’d happen to us, but it did.”

On Feb. 22, the Elkhart River crested at 9.77 feet, which is considered moderate flooding. The NWS projected the river will be at about 5 feet by March 9, which is within its normal level.

As the water level continued to rise, emergency responders began evacuating affected neighborhoods. Davis said he watched as the water flooded Goree and his street and began to think about evacuating when it reach the front steps of their home.

Homes and neighborhoods were not the only places affected. Local businesses and roadways also were closed due to flooding. Butler University junior Ted Field is from the Elkhart/Goshen area and went home on the weekend of Feb. 22 for the first time since Christmas. He said he was shocked to see how much flooding had occurred and was upset to see his local Kroger affected.

“I was just like, ‘Who has flood insurance around here?’ I just never would think about it happening. Because, as a kid, on the Weather Channel sometimes they’d be like, ‘Oh, potential for flooding.’ And then we’d get like a puddle in our driveway…. So I never thought it was anything to worry about,” Field said. “I was concerned just because it will disrupt a lot of people’s way of life and a lot of streets were closed. Goshen doesn’t do well with street closures anyway, so having nature be involved with, that it’s not ideal.”

Despite the overflowing rivers flooding the Michiana area, not every city was impacted. Mary Nagy currently lives in Osceola, Ind., which was not affected, but was a shelter manager for a Red Cross shelter in Elkhart. Nagy, who has lived in the area for most of her life, said that she has never seen flooding this severe.

“Elkhart is a really bad area,” Nagy said. “A lot of the streets are shut down. Usually it takes me about 20 minutes to get here. Now it takes me an hour, because no matter how I get here or want to get here, the street is closed. You’d just be amazed at the water and flooding and everything. Goshen was affected; some areas in South Bend were.”

South Bend Mayor Pete Buttigieg declared a state of emergency for the city of South Bend on Feb. 21. The flooding of the St. Joseph River caused road closings and even affected students at Indiana University South Bend. The university evacuated the River Crossing campus apartments as the water level continued to rise and cancelled classes for Feb. 22 in the wake of the flooding.

During their time off, several students helped fill sandbags to give to community members still struggling with flooding, according to Nagy. Elkhart Community Schools also donated personal hygiene items to shelters and partnered with the city and the Red Cross for a clothing drive. According to Nagy,  support from the community and the students has been a blessing to those affected by the flooding. At the peak of the flooding, the Red Cross had eight shelters open in the area. Goree said that she is thankful for the shelter, the volunteers and having a place to stay.

While many people like Goree and Davis were affected by the flooding, people connected to the affected areas, like Nagy and Field, also felt the impact. Although he spends most of his time in Indianapolis, Field said that it was difficult to see the area he grew up in submerged in the overflow.