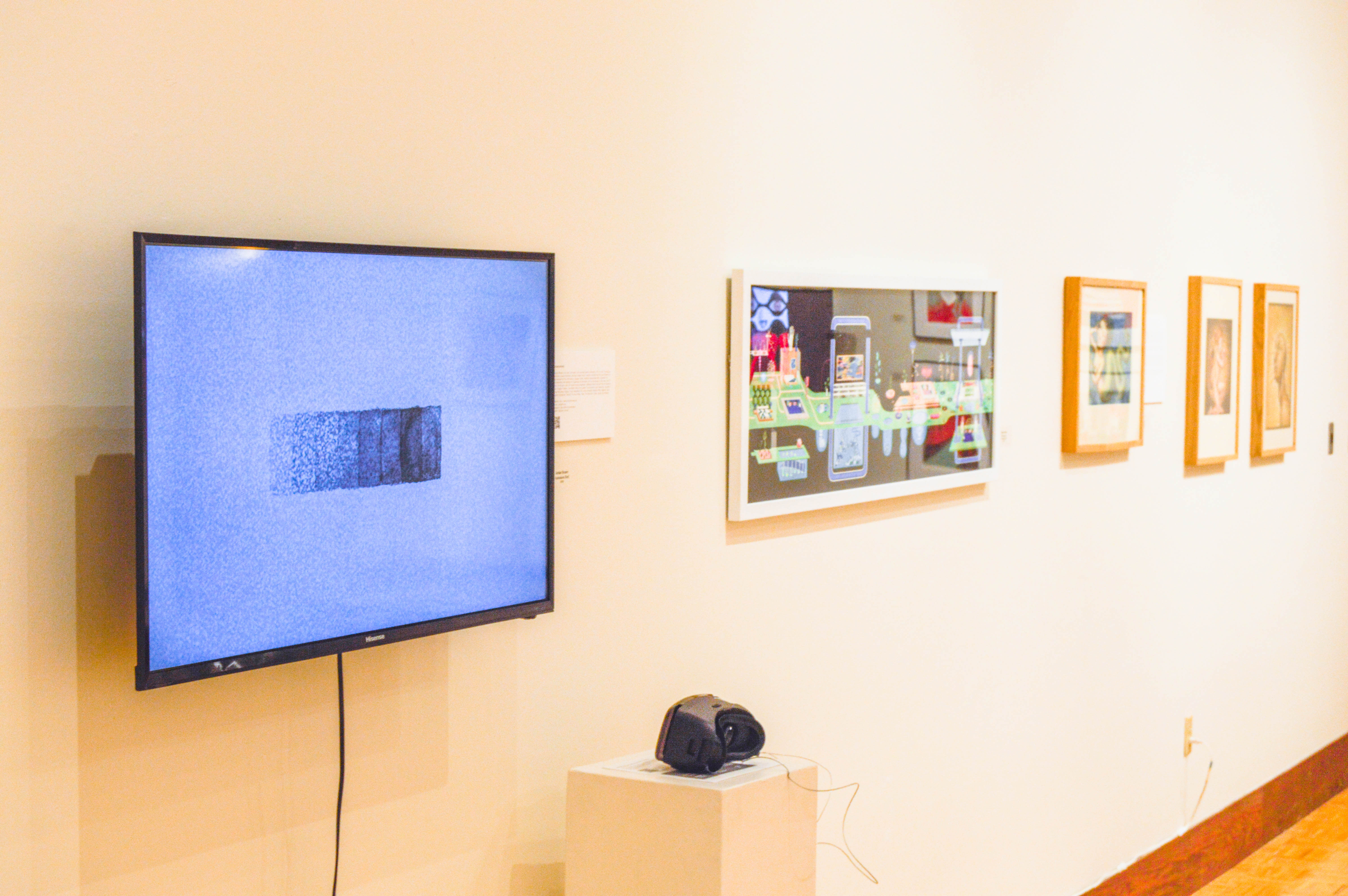 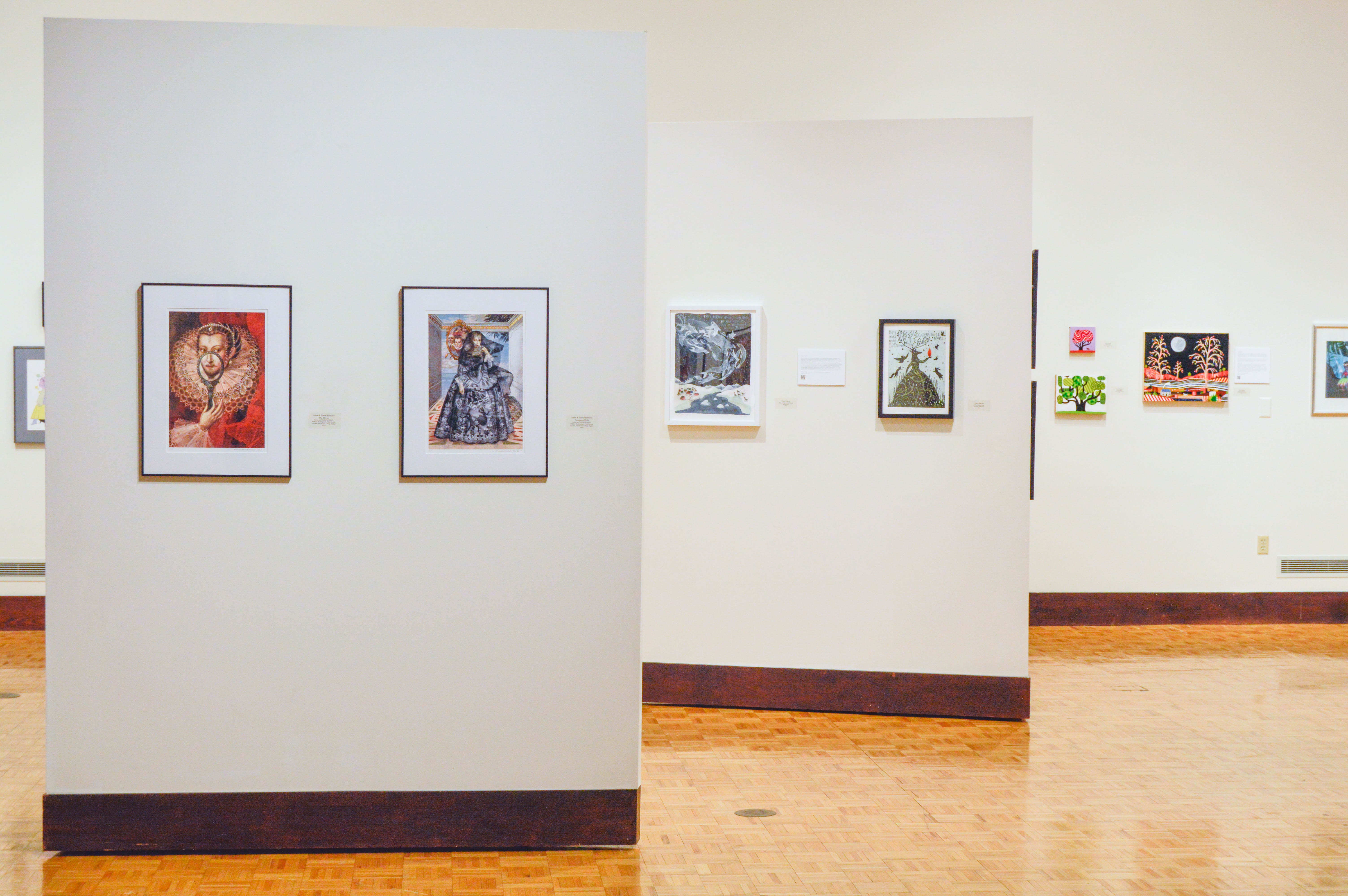 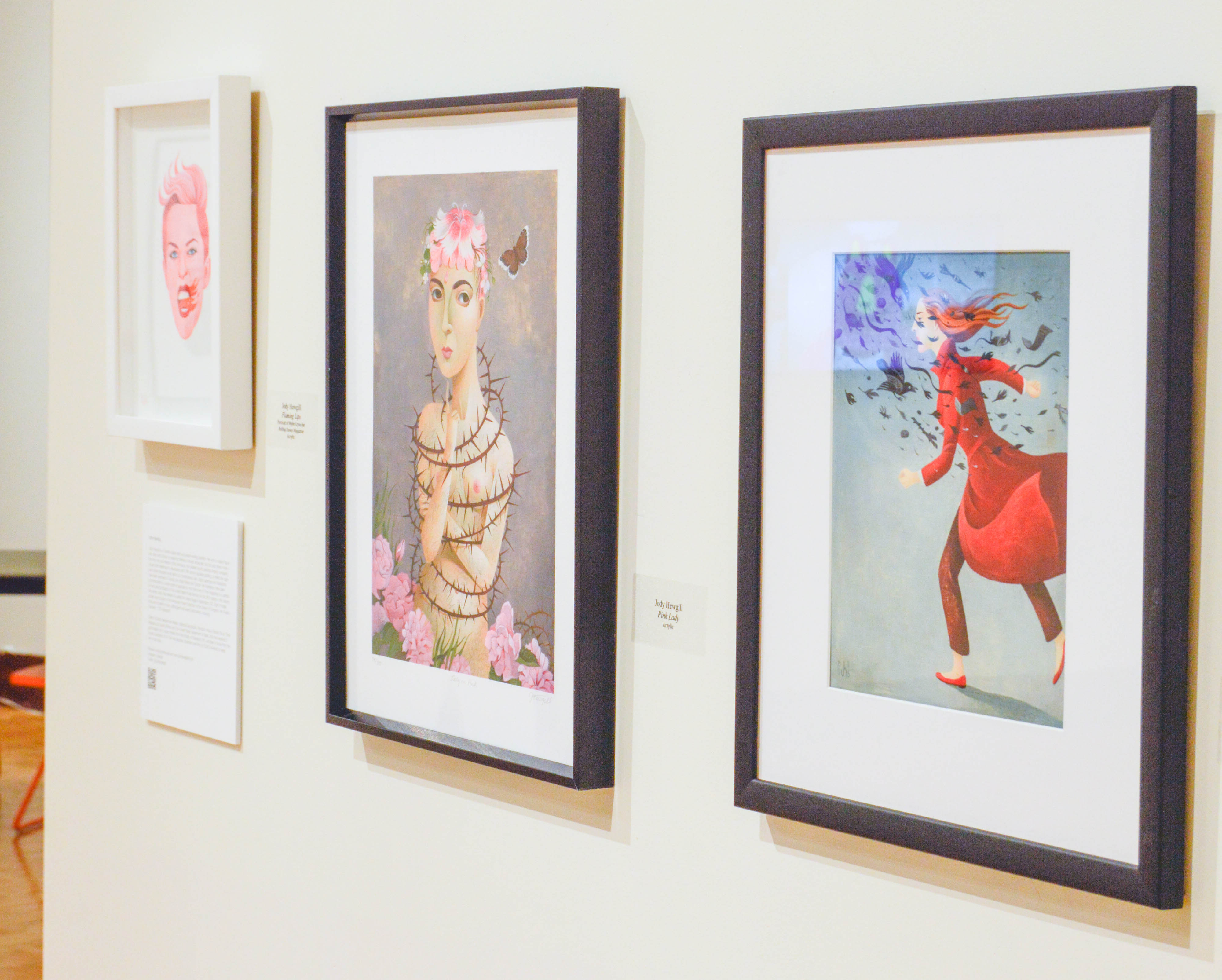 The latest of the University of Indianapolis’ galleries, “Women: Making a Mark,” began the semester by celebrating the trials and achievements of women. The exhibition, which opened Jan. 22 in the Christel DeHaan Fine Arts Center Gallery, featured the work of female artists from Indianapolis and from across the globe. The featured pieces were created in multiple mediums, such as animation, print making and mixed media. Despite this diversity, all represented a common theme: various interpretations of femininity and what it means to be
a woman.

The pieces reflected differing visions of femininity by channeling aspects of pop culture and history. For example, paintings were featured in the style of medieval portraits, while another group  reflected the style and imagery of the popular feminist television program and novel, “The Handmaid’s Tale.”

The gallery was organized by Assistant Professor of Art & Design Randi Frye. The gallery’s variety of artists and styles was intentional, according to Fry.

Although Frye organized the exhibition, she said that she received support from Associate Professor and Chair of the Department of Art and Design Jim Viewegh. The goal of the exhibition, Frye explained, was to celebrate diversity.

The underlying theme of the gallery was one of female empowerment and awareness for women’s issues.

One of the artists whose work was featured in the exhibition was UIndy alumna Penelope Dullughan, who designed artwork for pins that were used as part of the 2017 and 2018 Women’s March. Another artist, Selina Alko, wrote and illustrated the book “The Case for Loving: The Fight for Interracial Marriage.” Frye said that by curating the exhibition, she hoped to bring awareness to the work that artists like Dullughan and Alko are doing for the women’s movement.

Sophomore studio art major Rachel West said that she recognized the importance of the exhibition, particularly in today’s media climate, where sexism has come to the forefront in movements like “Time’s Up.”

“I love the different representations of women from female perspectives,” West said. “Women are just starting to get a voice in society, and art is a good way to express emotions in a way that a lot of people can’t with words.”

Following the exhibition was an Artist Talk with illustrator, filmmaker and animator Jordan Bruner. Bruner grew up in Virginia before moving to New York after college to pursue an artistic career. Based out of Brooklyn, Bruner’s work has been featured in shorts for The New York Times, Amazon’s “Lore,” and various advertisements.

She also contributed to the 2010 documentary “Waiting for Superman” as well as other independent films, and designed wallpaper for a Google pop-up shop, which is a temporary promotional location for buyers to purchase or test out the newest Google products.

Frye said that she selected Bruner as the speaker for the event because of the diversity and success of her work, and to attract UIndy students interested in animation.

“The band, Hem, commissioned Jordan to create an animated music video for their song, Tourniquet. That video was the first time that I saw her artwork,” Frye said. “She is a well respected animator and illustrator and I felt that her talent and diverse body of work would inspire those students drawn to both the animation and illustration fields.”

The exhibition will be available for viewing through Feb. 9 from 9 a.m .to 9 p.m. in the CDFAC art gallery.

The next exhibition that the art gallery will have is ” The Art of Persuasion: World War II Patriotic Posters.” This exhibition will open on Feb. 19 and will run until Mar. 20. It will be open from 9 a.m. to 9 p.m. and will be located in the Christel DeHaan Fine Arts Center Gallery.