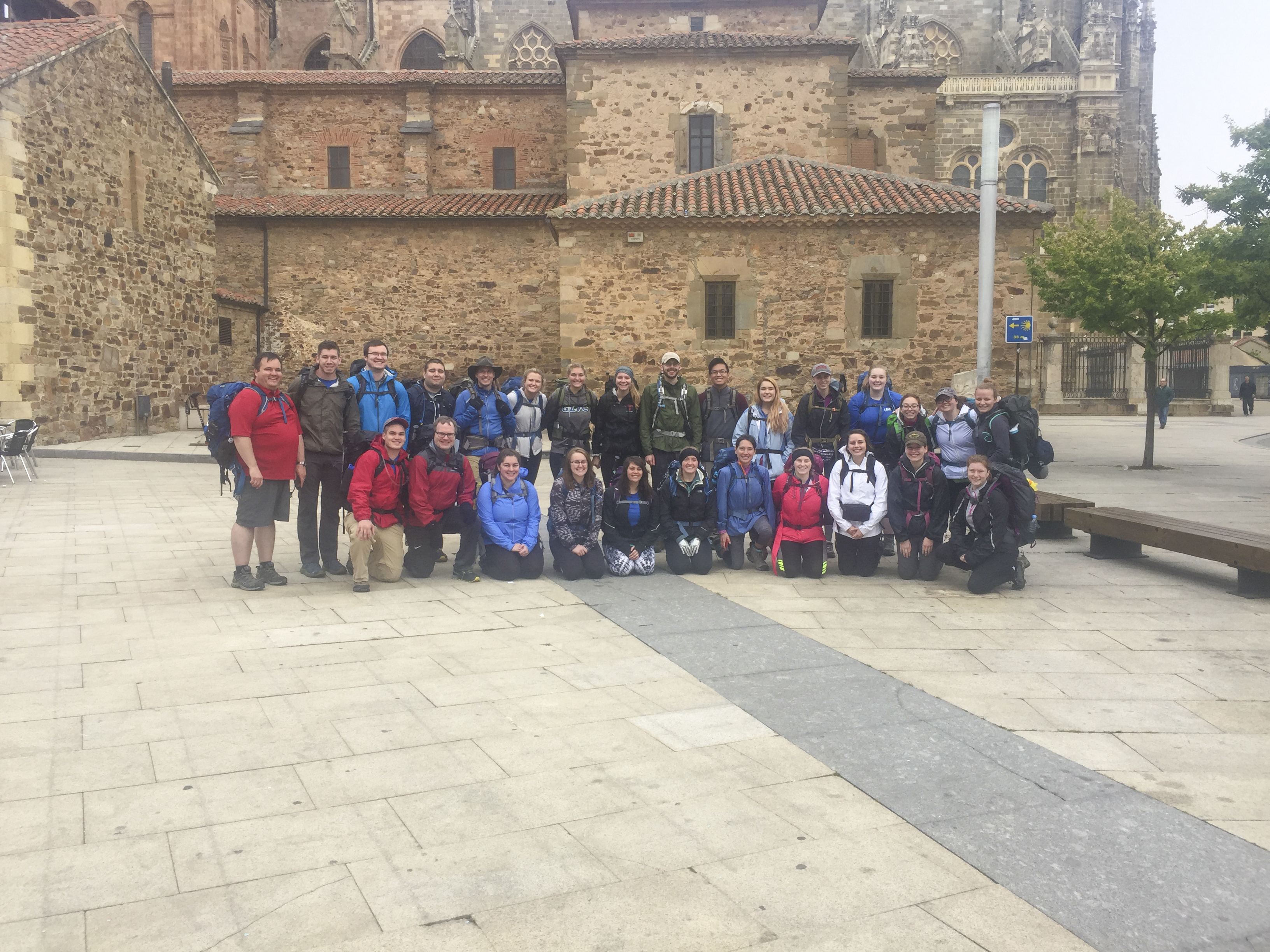 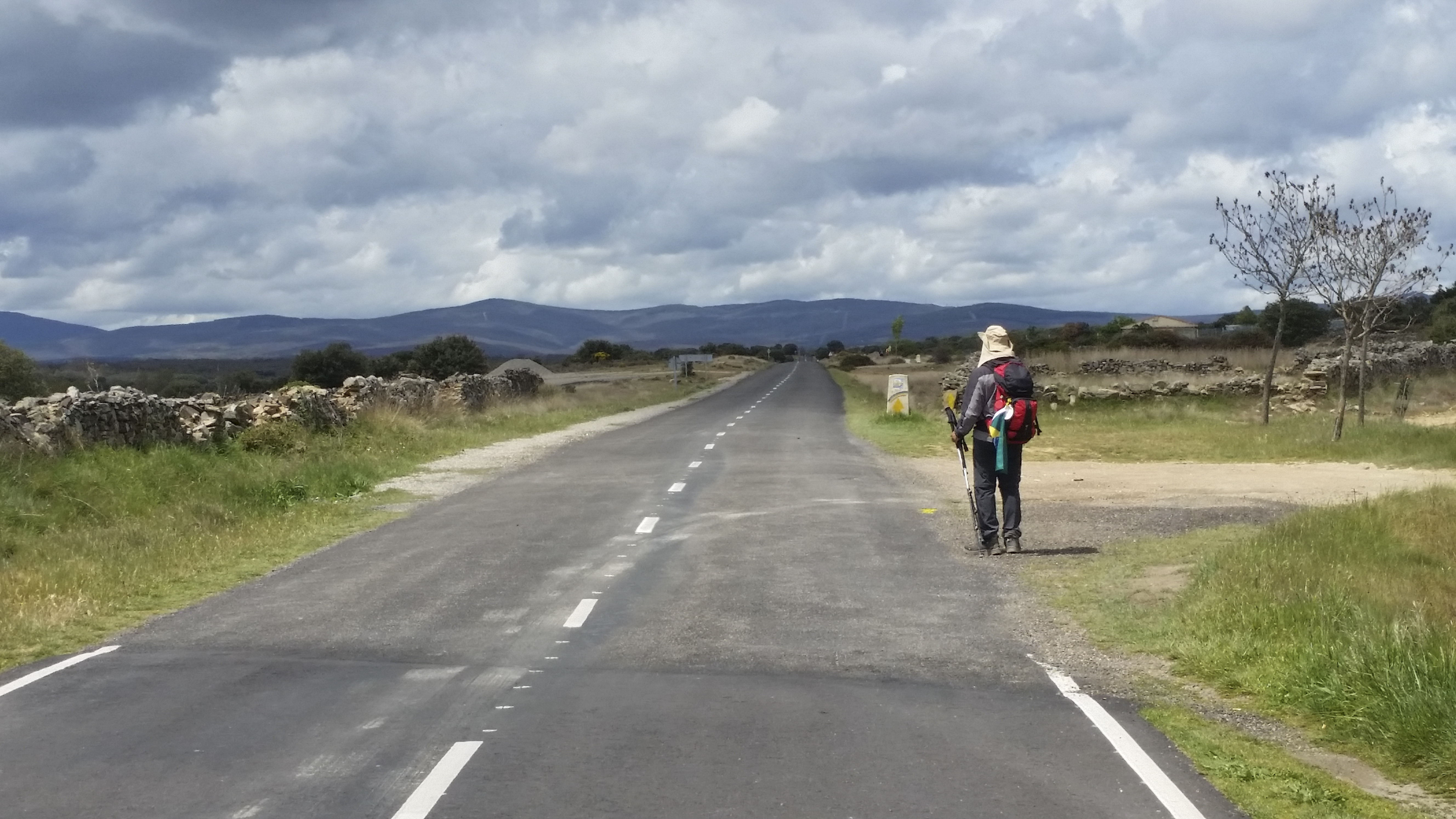 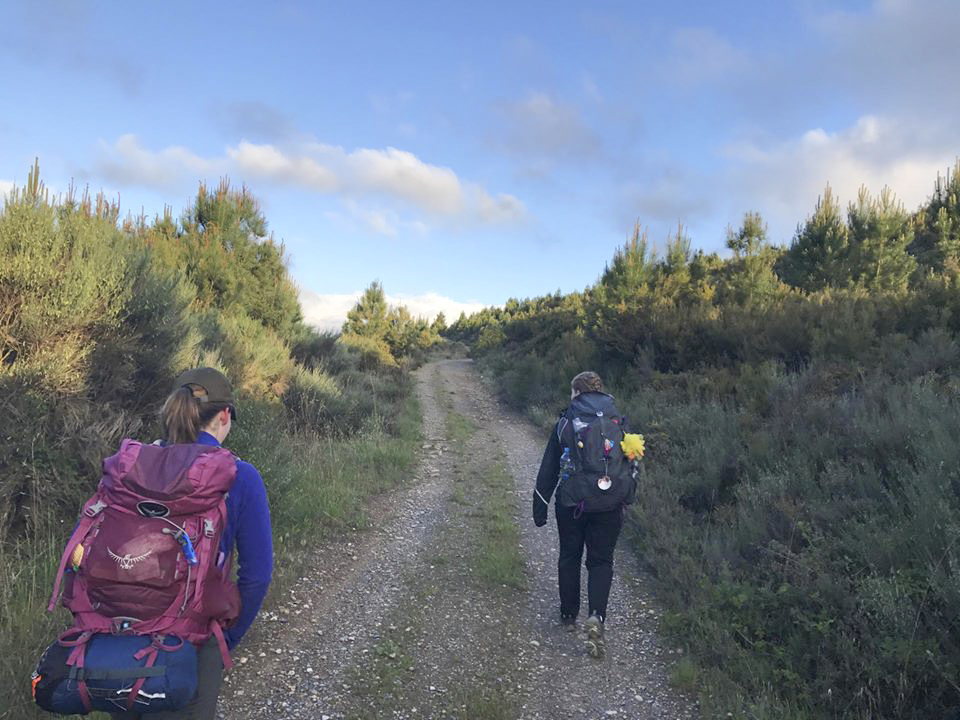 Students and faculty presented at a Sharing my Story event on Sept. 25 in the Trustee’s Dining Room in the Schwitzer Student Center.  They shared stories from the spring term trip they took last year to walk a section of the El Camino de Santiago. Junior English education major Rebekah Edmonds and junior chemistry and biology double major Matt Collins  went on the trip to Spain and spoke at the event.

Edmonds said that El Camino de Santiago translates to English as “The Way of Saint James.” According to Edmonds, legend says that St. James was buried in Santiago.

The Camino is one of more than 15 trails that leads to Santiago, she said, and many people travel it as a spiritual pilgrimage.

Students, faculty and staff attended the event, at which they heard stories from Collins, Edmonds and others who participated. Edmonds was in charge of organizing the presentation and getting students to share their experiences.

“ . . . I got everyone on board, and that was cool, working with some of my other colleagues,” Edmonds said. “But also being able to tie it all together in a way where we can present it out with people.”

“The problem with the trip is that it’s more [that] you must experience it [the Camino] yourself to really understand it,” Collins said. “There’s a disconnect between us [those who walked the trail] and the audience.”

Edmonds said that she had no idea what to expect when she signed up for the trip.  At the beginning of the trip, the group members ended up flying into Paris instead of Madrid, according to Edmonds. Once they made it to Madrid, they began walking.

Along the way, they met people from all over the world and began to form tighter friendships with the group members from UIndy. Edmonds said that the most rewarding part of the trip was making it to Santiago.

Both Edmonds and Collins encouraged other students to take the trip if they have the opportunity. Edmonds said that being able to present information about the trip to others helped her find more value in her experiences.

“I always tell people, [that] this is my take away from it: There were mountains,  and you had to climb them; and it was spiritual, so I had to trust God that I would get there,” Edmonds said. “And I had friends to encourage me, lift me up and be patient with me along the way, because you don’t really realize how close you come together until you actually present it to other people because they are so disconnected from that experience. That was really cool.”