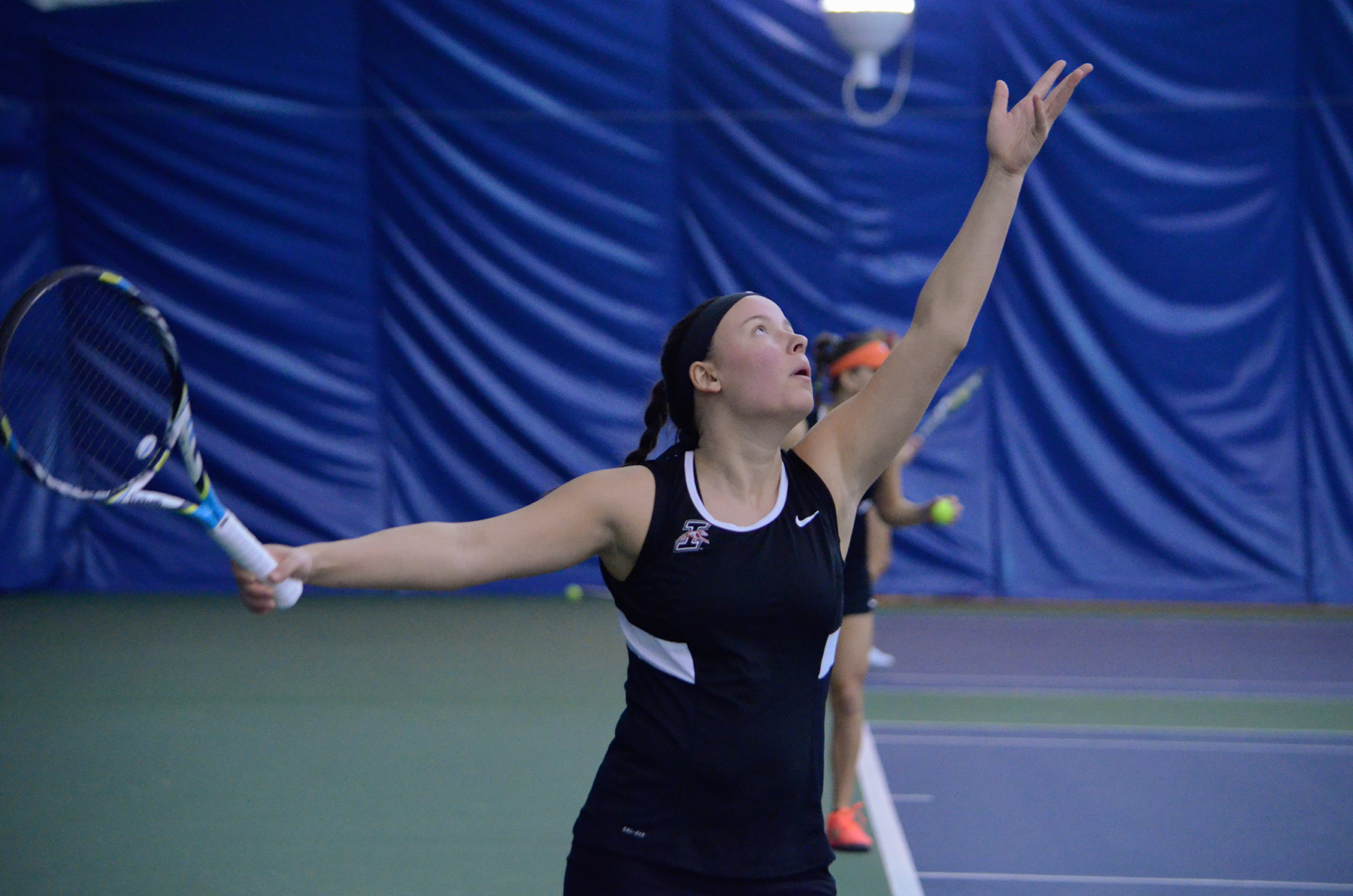 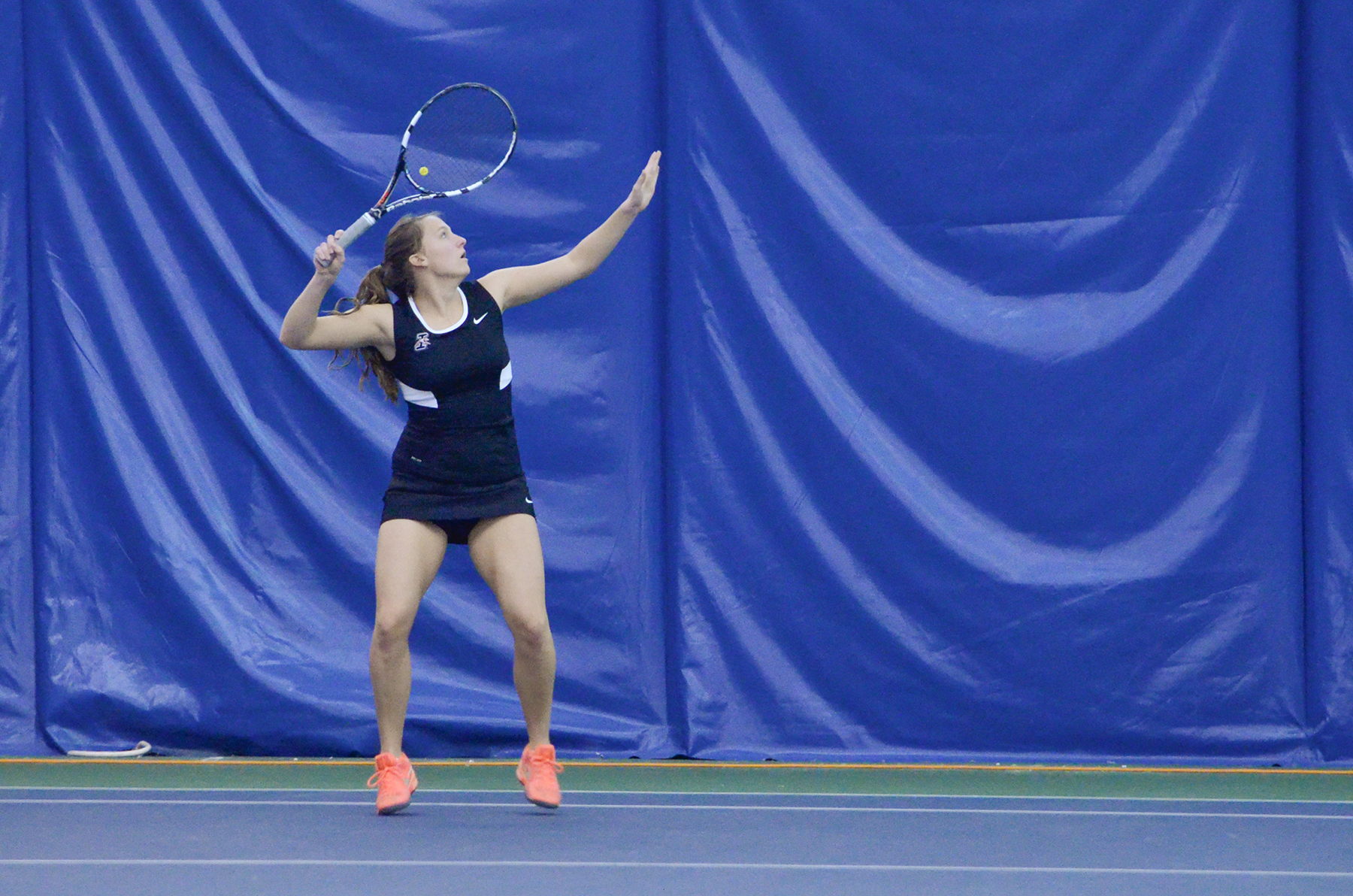 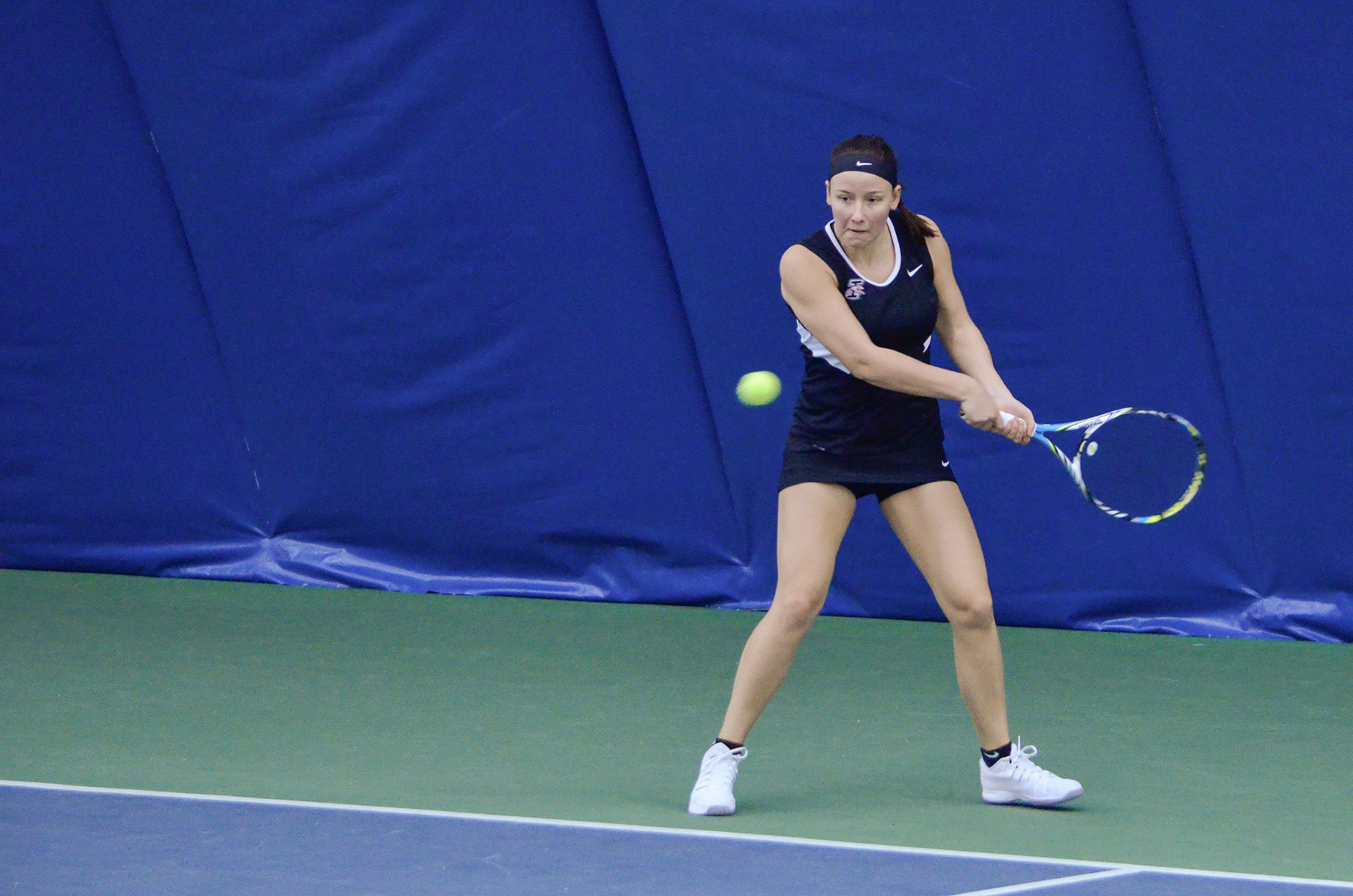 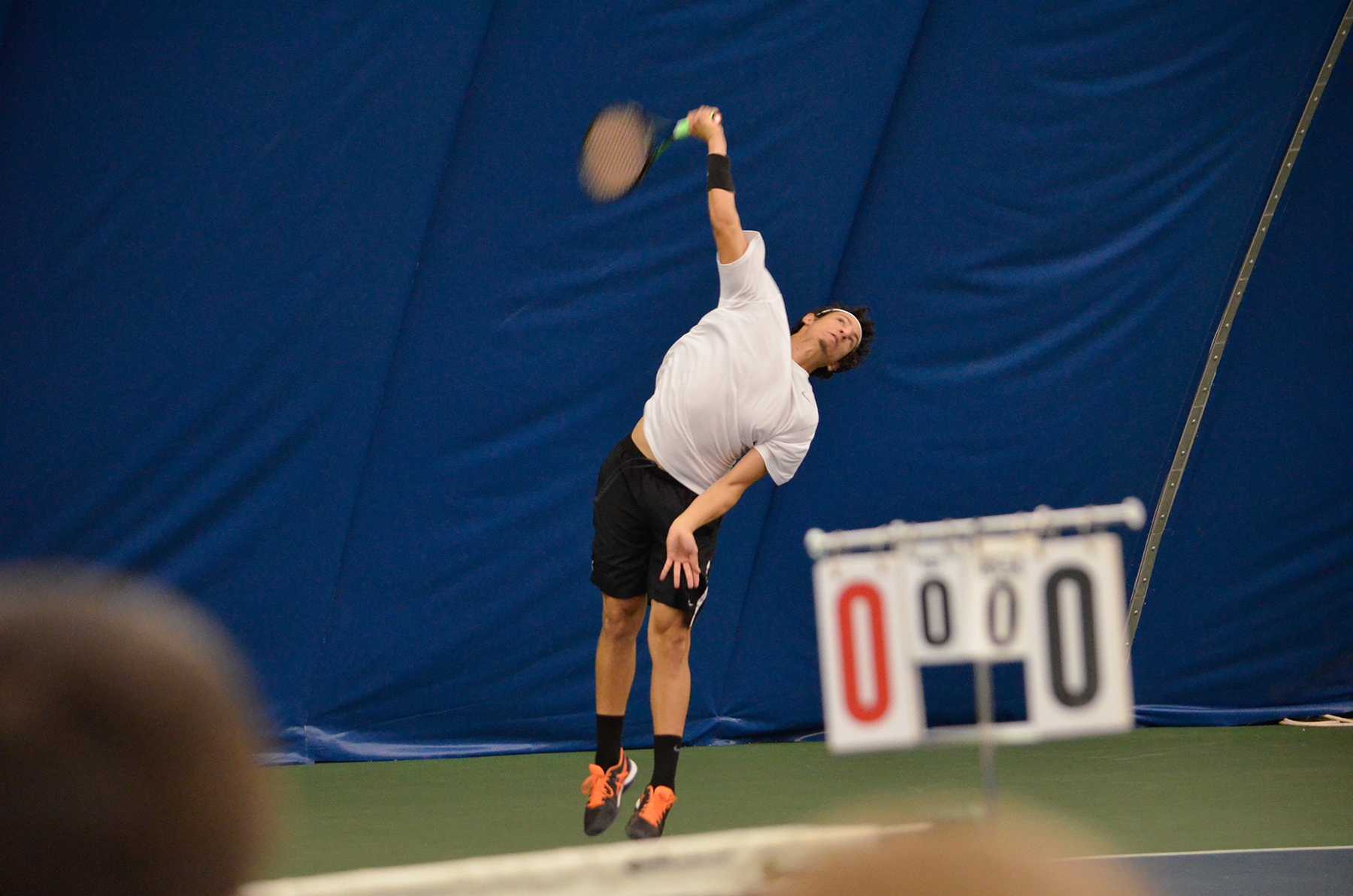 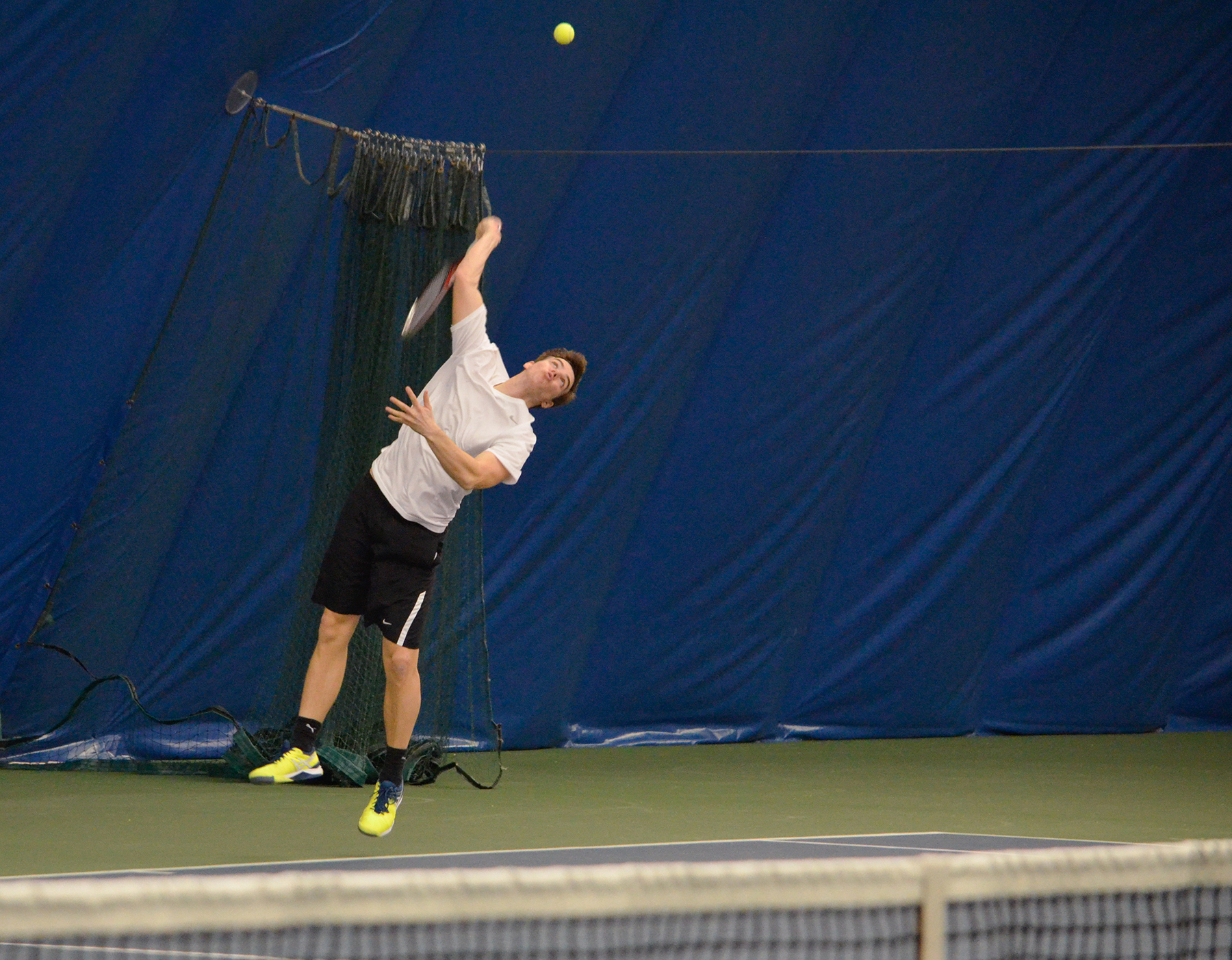 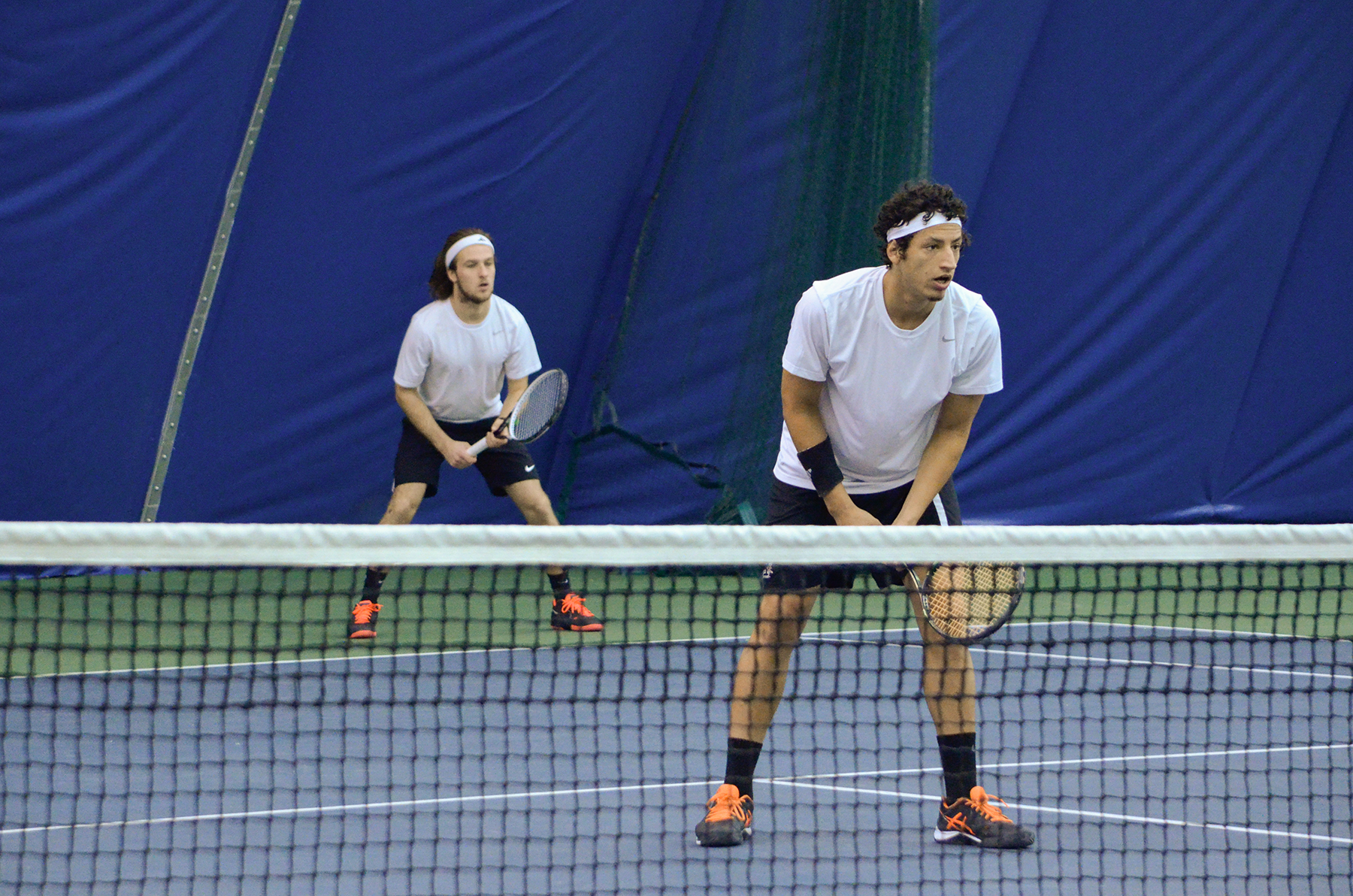 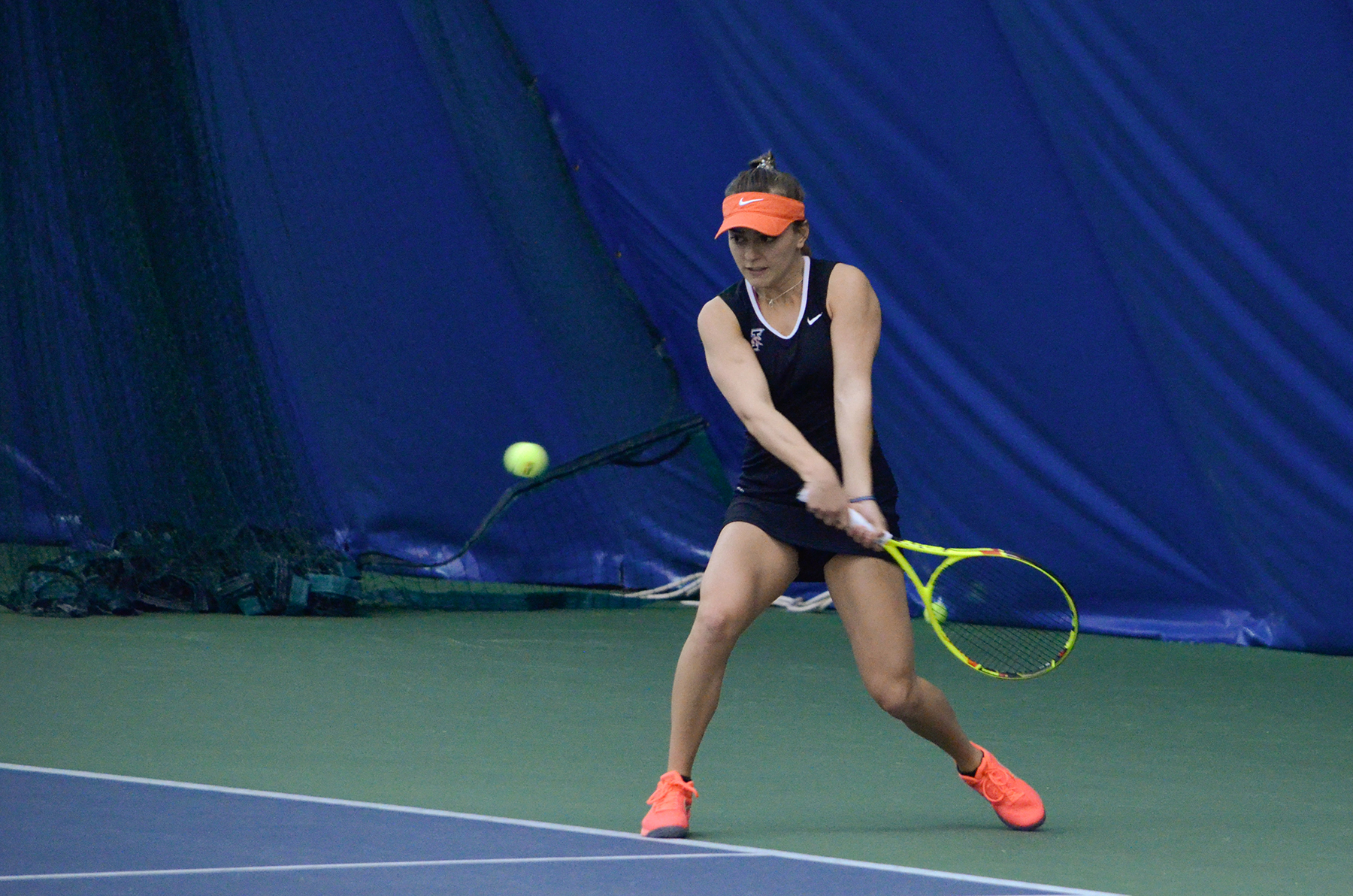 Recording wins over the weekend, the University of Indianapolis men’s and women’s tennis teams both advanced their winning records in matches against the Northern Missouri State University Bearcats on March 4.

The women earned their sixth win of the season over the Bearcats, taking two out of three doubles competitions as well as the top three singles competitions. Doubles team sophomore Hanna Volikova and junior Florence Renard improved their record to 6-1. Volikova and Renard also picked up wins in their singles matches. Redshirt junior Stephanie Hirsch won her second match of the No. 3 singles slot to clinch the team’s victory.

The women achieved their third sweep of the season against the Tigers. UIndy started the evening by taking all three points in the doubles contests. All doubles partners won their matches by at least two points. Doubles partners junior Paige Olsen and junior Dana Olsen secured the Greyhounds’ last doubles contests point by dropping the Tigers 8-6.

In the singles contests, the women won every match in two sets. The line-up started Volikova winning both sets 6-1 in the No.1 singles match. Following her victory, Renard defeated her Tiger opponent 6-1 in both sets.

Renard said that she and Volikova have a clear understanding of each other’s goals, and their strong trust in each other helps them to be successful doubles partners.

“We have the same goal. We know we are both great tennis players,” she said. “I trust her like I trust myself, even if she misses or she doesn’t have a good day. I am never going to be mad at her. We know we can count on each other.”

This win adds to Renard’s perfect 6-0 overall in singles matches this season. The Greyhounds’ final singles contestant, junior Mara Hofstetter, also won 6-1, 6-1 and secured the last point of the evening, sweeping the Tigers 9-0.

Opening the singles contests was Huertas del Pino, who took the win in just two sets, defeating his opponent 6-3 and 6-1. Freshman James Weatherhead took his first singles victory by defeating Tiger Greg Fruenheim 6-3, 6-4 in the No.4 singles slot. The Greyhounds managed to win all singles contests in two sets, making the final score 8-1 in their favor.

The Depauw University Tigers have been a constant presence on UIndy’s tennis schedule. According to Head Tennis Coach Malik Tabet, Depauw’s team is a good reference to see how UIndy is doing prior to its Division II schedule.

“The Depauw match is always a good reference for us” he said. “When I took over this program, Depauw beat us very easily, and it’s nice to see that the trend has changed. So for us, it’s kind of a good reference. It’s good tradition to play schools that we know. The coach at Depauw is a good friend of mine, and he’s running a very strong program there. So we like to compete, for sure…We knew that we were physically stronger, we could see it,” he said. “We’re more disciplined as a team. In doubles, we started in very slow motion, and we just did not recover in time. It was very simple at that point. It was do or die. We had to win five out of the six matches for us to bring the match home. I felt that we made a tremendous effort as a team, but we just came short.”

Both teams are now preparing for their upcoming spring break matches in Florida. While in Florida, they will face top-ranked teams No.3 Lynn University, No.15 Nova Southeastern, No.6 Barry University and No.35 Florida Southern. These teams are different from what the players are used to, according to Huertas del Pino, but he is confident the Greyhounds are a competitive opponent and will be able to take home some victories.

“They’re [the opponents] definitely a little bit different,” he said. “They play outdoors all the time, which requires more physical effort. We have to be physically fit as a team, girls and guys, to match them. And they are all ranked, too; so they’re big teams. But I think we always have a shot to win. We have really good potential.”

Both teams will travel to Boca Raton, Fla., to face No.3 Lynn University on March 15. Both matches will begin at 2 p.m.