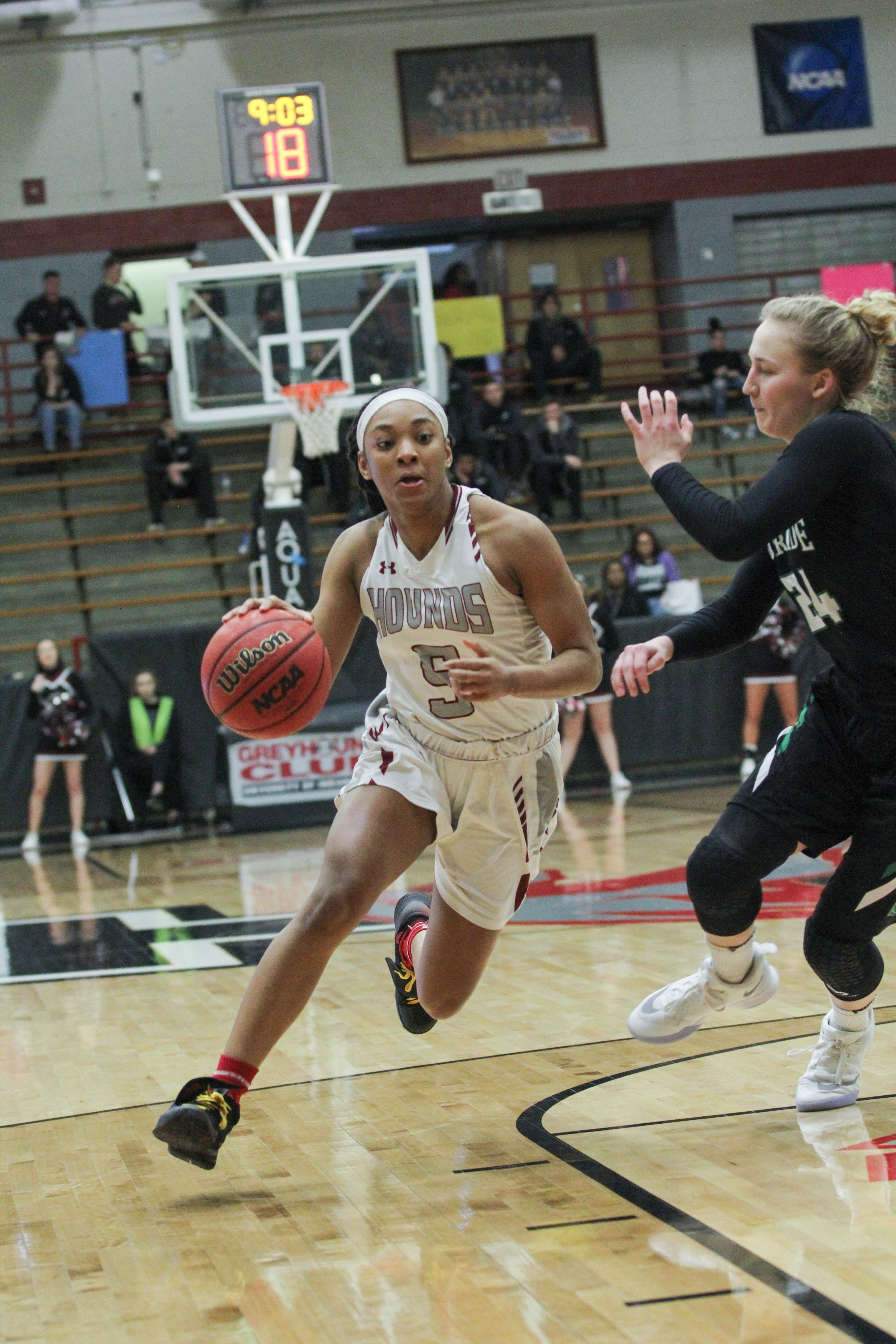 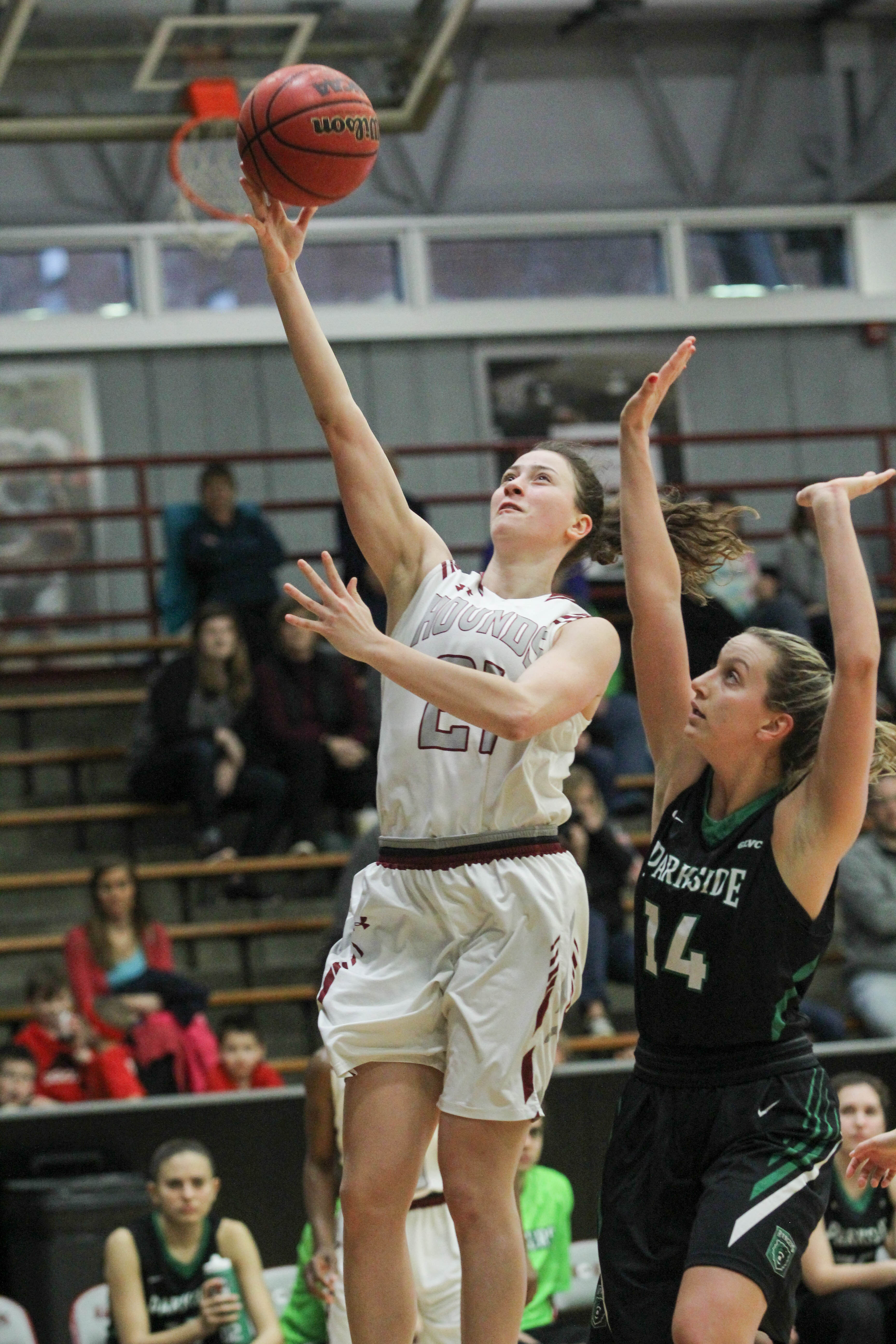 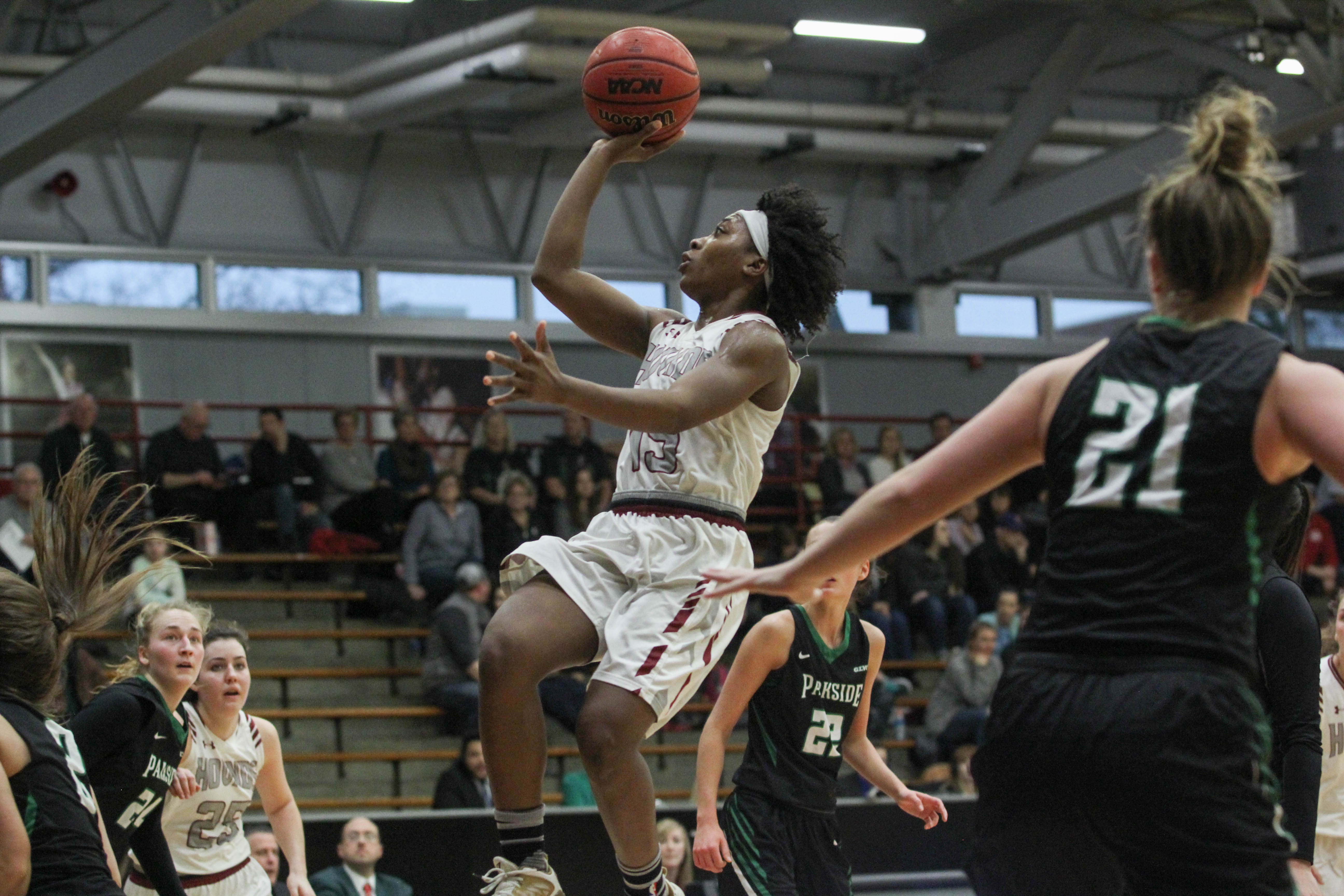 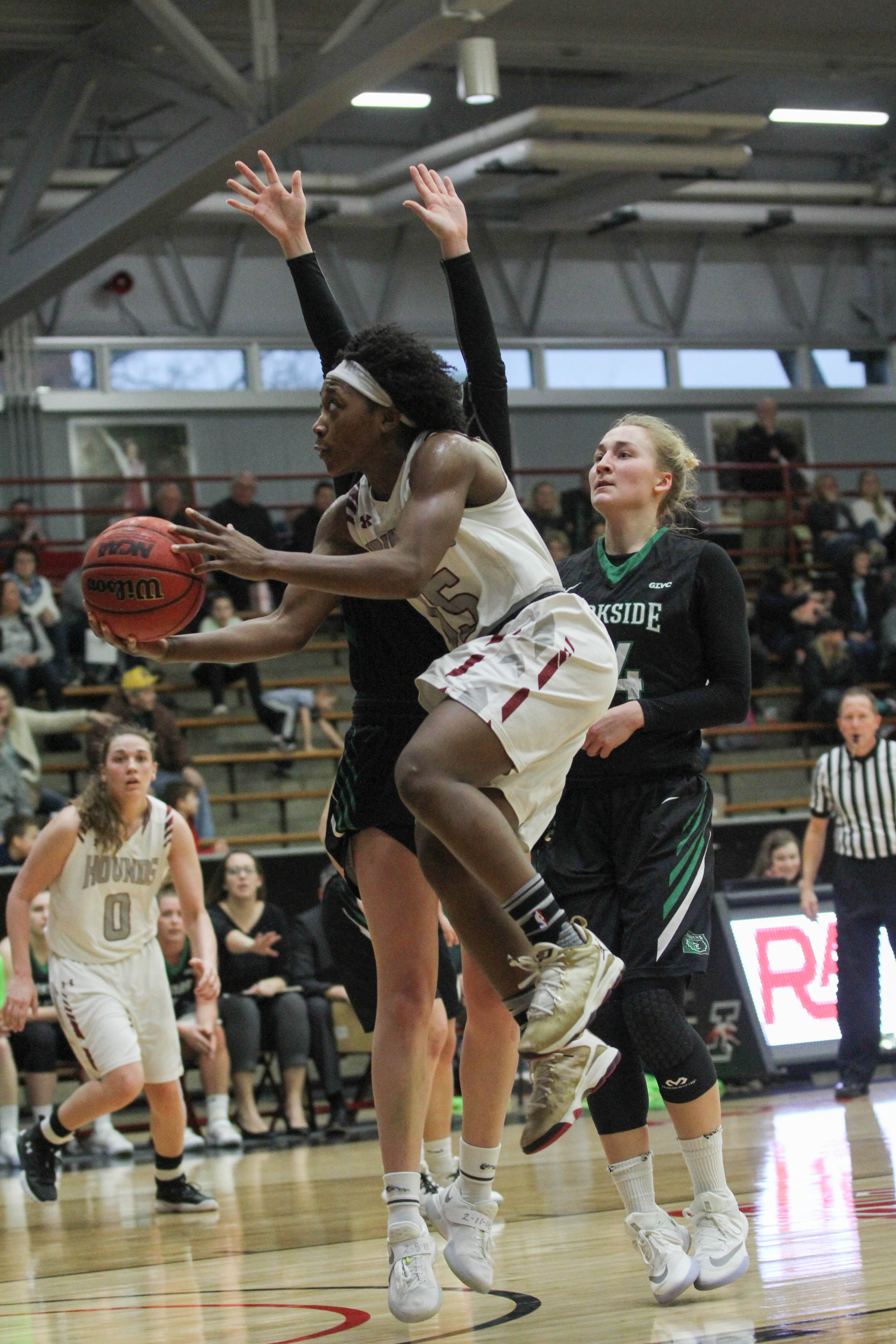 Despite a difficult season, Head Women’s Basketball Coach Kristen Wodrich said that the University of Indianapolis women’s basketball team never gave up, and continued to grow through their challenges, as they ended their season on Feb. 24.

By the second quarter, the Hounds found themselves in a 10 point hole. Despite put-backs from freshman guard Taylor Drury, and a 3-pointer from senior guard Claire Carlton, the Hounds were not able to pull through, and fell to the Rangers.

According to Wodrich, the team’s turnovers played a role in their loss.

“We have to be better with producing,” Wodrich said. “We have to be making baskets and getting good shots and we don’t knock them down. Being able to execute from practice into a game, make shots and work on our turnovers, I think is what is going to be huge for us next year.”

Prior to their last game of the season, the Hounds played the Bellarmine University Knights on Feb. 22, with another loss of 69-47.

In the opening quarter, the Hounds pulled out a double digit lead with a 10 point advantage going into the second quarter. Burse had two early fouls, while Carlton and Ferguson knocked down 3-pointers. Ferguson lead the team with thirteen points, adding six rebounds and five assists, followed by Burse with 11 points.

In the beginning of the season the team lacked overcoming adversity and struggled to fight against it all season, according to Burse. She said that she feels that the team got better each game and showed that they have the will to fight.

In terms of next season, both Wodrich and Burse said they can see freshman guard Taylor Drury stepping up to help lead the team after Burse, Ferguson, Costello and Negoescu graduate in May. According to Wodrich, there are many underclassmen that have the potential to step up their roles in the upcoming season.

“Whether it be vocal or by the way she [Drury] plays, she really shows that she’s capable of a lot and what she can do,” Burse said. “I feel like she still has a lot more to show, which is crazy thing because by the time she’s a senior she’s going to be doing tremendous things. So it’s exciting to see what she has to offer.”

In August, Wodrich will begin her third season as UIndy women’s head coach. She said every year is a blank page, so good thing are ahead for the team. According to Wodrich, the team needs has a lot of work to do, which is not going to happen overnight, but the teams for work next season starts now.

NBA basketball is better than NCAA