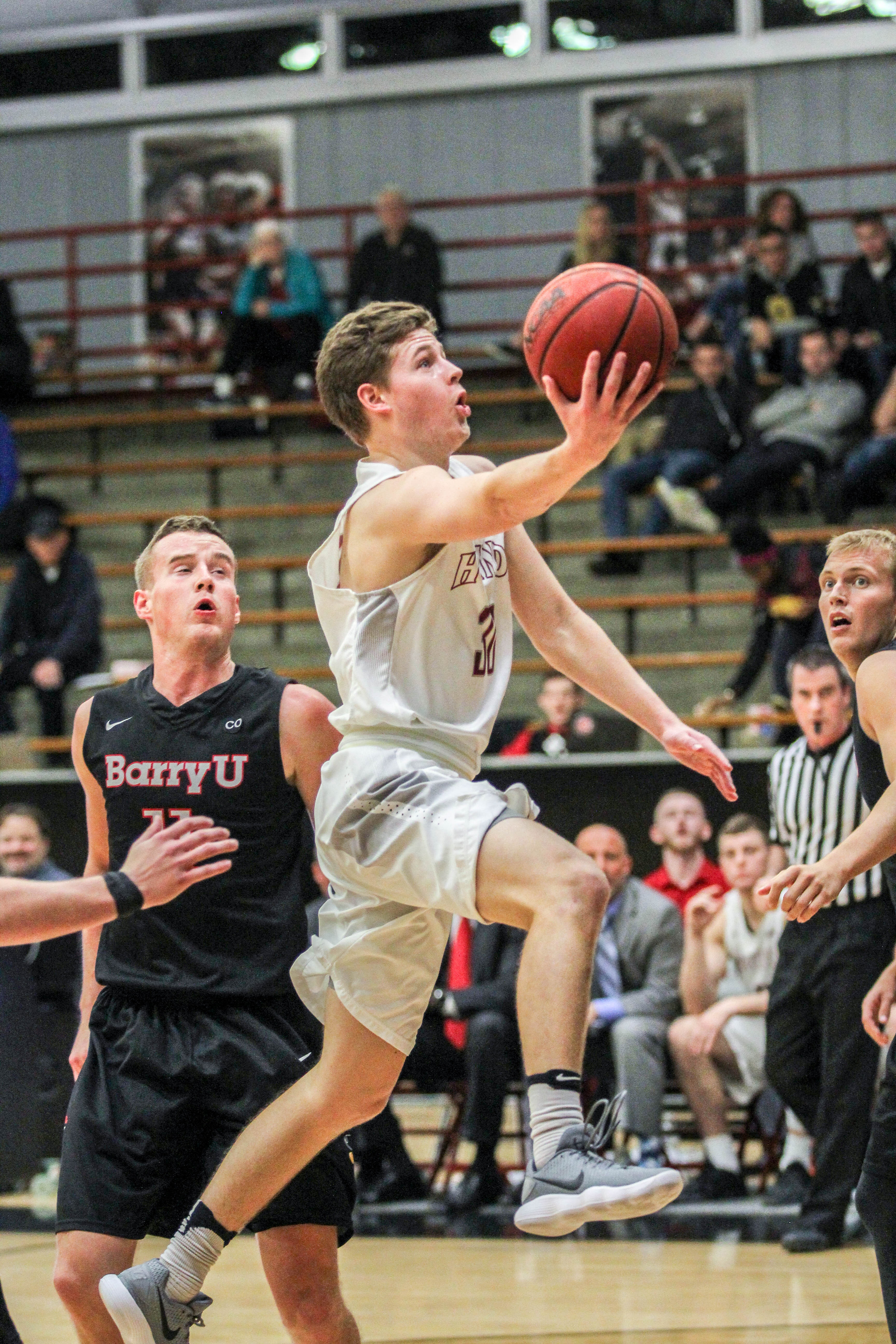 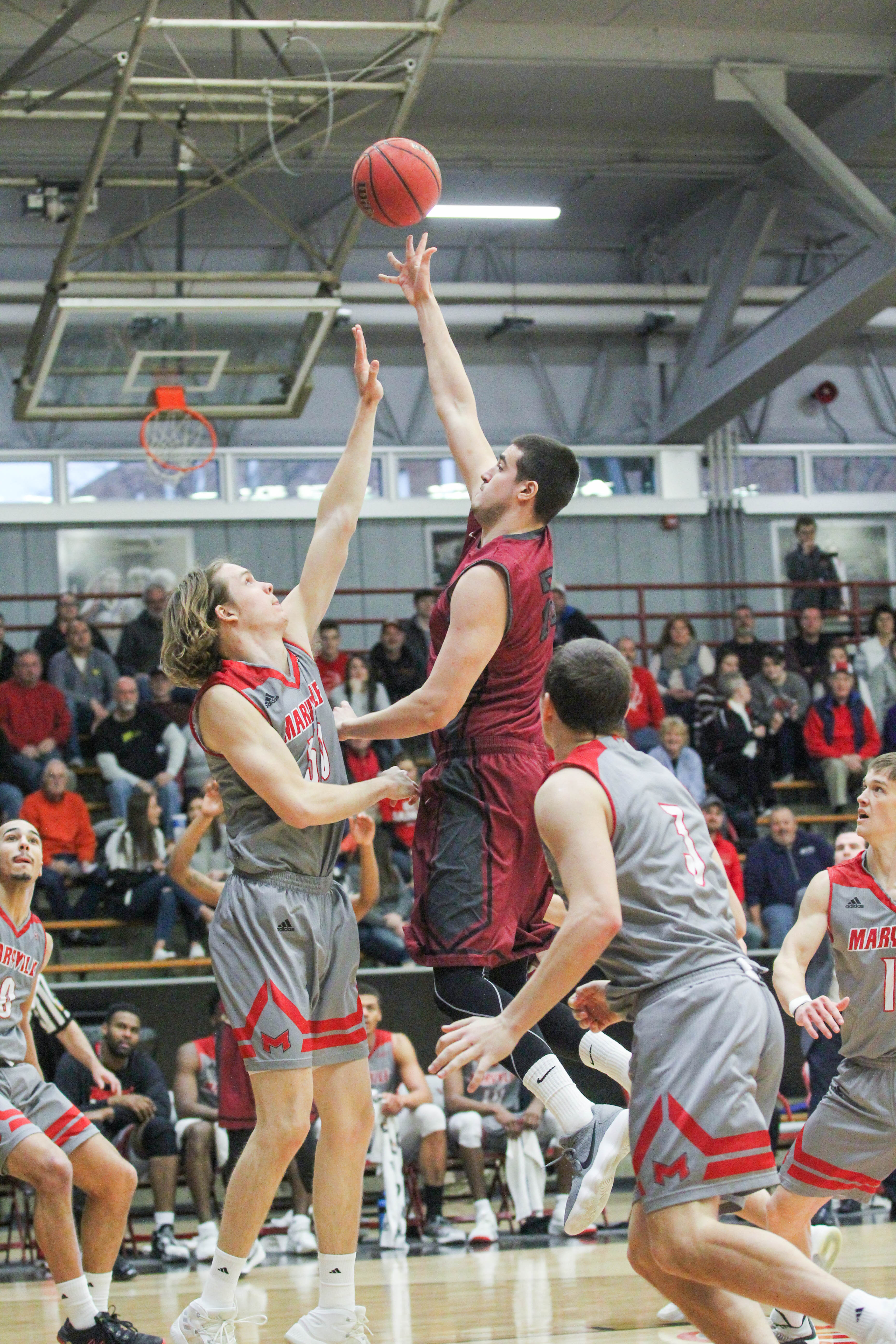 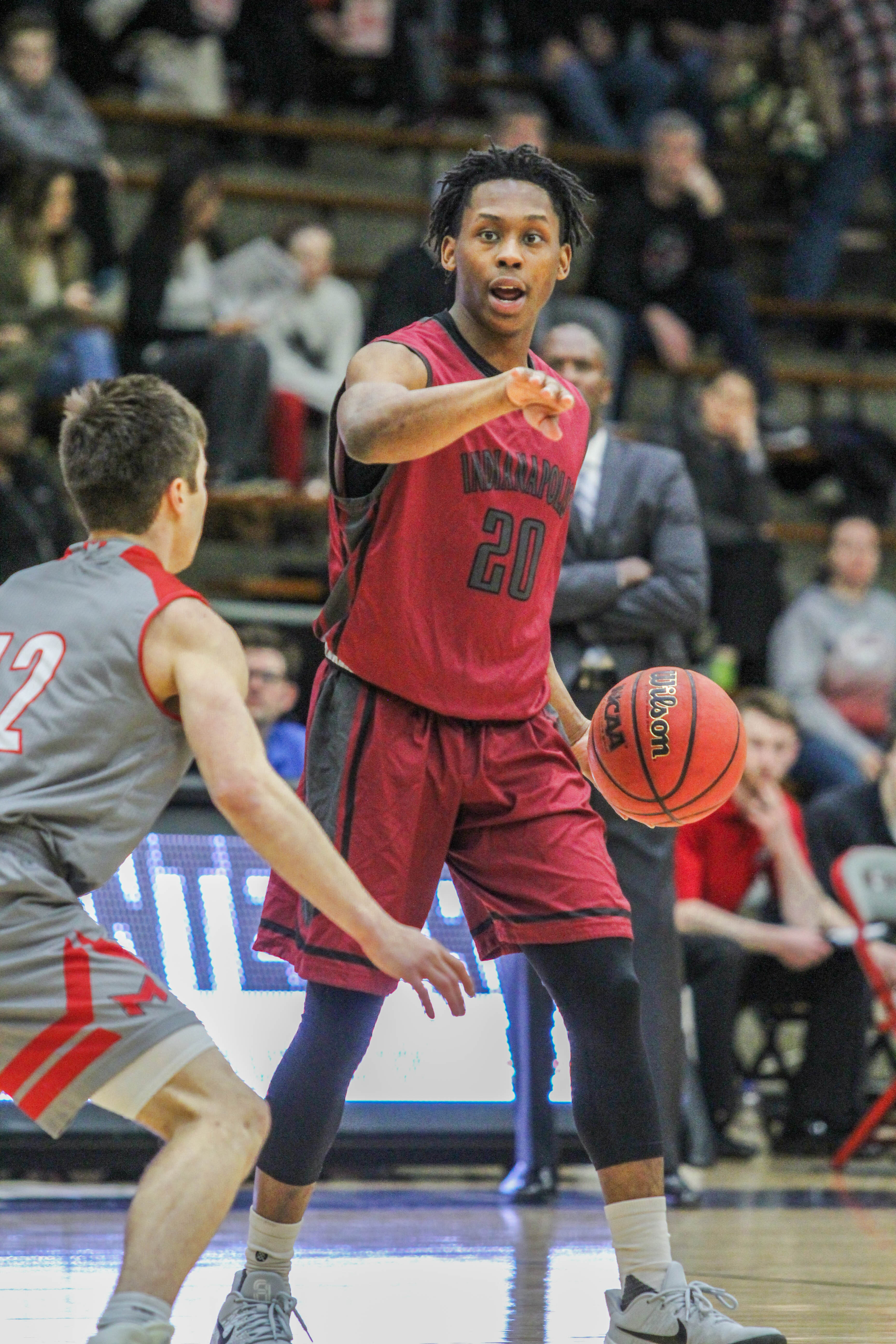 Following the 90-79 win over William Jewell College Cardinals on Feb. 17, the University of Indianapolis men’s basketball team extended their winning streak to five games, with three road victories. Head Men’s Basketball Coach Stan Gouard said that building a win streak is important to build confidence and get the players ready for the upcoming post-season.

“It’s definitely a confidence builder [going on a winning streak],” Gouard said. “They [the players] are more in tune now with what we want as coaches, because they believe more in the process.”

Sophomore guard Tate Hall finished the game with a career-high 31 points on 13 of 16 shooting, including five of seven made three-pointers, along with an assist and two blocks. Redshirt senior Alex Etherington scored 15 points and contributed on the defensive end with two blocks and a steal. Senior guard Ajay Lawton ended the night with 11 points,  sinking seven of his eight free throw attempts. Junior forward Jesse Kempson also scored 11 points, dished out two assists and recorded two steals.

According to Gouard, the Hounds had to make adjustments to their game, due to Willam Jewell’s untraditional lineup.

“They [William Jewell] play a five guard lineup,” Gouard said. “It’s a non-traditional lineup and it’s going to put us in a situation we haven’t been in, especially for our big guys. At the same time, those guys have to defend us.”

During the Hounds’ 97-85 victory over Missouri University of Science and Technology on Feb. 15, Senior guard Eric Davidson became the 40th player in the history of the UIndy men’s basketball program to score 1,000 career points. Gouard said he was proud to see Davidson reach  the 1,000 point milestone and to see him continually grow as a person and a player.

“It’s just special,” Gouard said. “…. Watching him [Davidson] develop over the years, not just as a basketball player, but as a person, as a man. I’m just happy to be part of that. You have the opportunity as a coach to mold a young man’s life, and that’s what it’s all about…. Last night [against Missouri S&T] when he got it [his 1,000th point] I think I was celebrating more than his dad. That’s a special club to be in, especially at the college level.”

Davidson attributed his success and maturation as a player to his various teammates and coaches throughout his time at UIndy.

Throughout the game, five players scored in double digits. Hall finished with the most points of any player, coming away with a then career-high of 27 points on eight of nine shooting, including 10 of 12 free throws, and a block. Lawton scored 24 points on nine of 11 shooting, including three of five from three-point range. Although Lawton only sunk three of seven free throws on the night, he racked up seven assists, an accounted of four of the Hounds’ seven steals while only playing 27 minutes throughout the whole game.

Davidson ended the night with 18 points, including a perfect percentage at the free throw line, an assist and a steal. Junior guard C.J. Hardaway finished with 15 points, one assist and two steals for the night. Junior forward Jesse Kempson scored 10 points and dished out one assist.

A week prior, the Hounds defeated the University of Missouri-St. Louis Tritons 77-70. Missouri-St. Louis led by 11 at halftime, but the Hounds came back to outscore the Tritons by 11 in the second half and send the game to overtime. In the extra period, the Hounds outscored their opponents 10-3 to win by seven points. Four players finished with points in double digits.

Kempson finished the game with 22 points, two assists and a steal to lead the way for the Hounds. Hall ended with a varied stat line, coming away with 15 points, four assists, two steals and a block. Redshirt senior forward Alex Etherington scored 14 points, including two three-pointers, two assists and two steals. Lawton came away with 13 points, one assist and a steal, but only shot two of nine from the field and turned the ball over seven times.

Lawton led the Hounds in scoring with 12 of his 19 points coming in the second half. He also dished out two assists and grabbed two steals. Similarly, Davidson scored 11 of his 17 points in the second half, while also sinking four of five three-pointers, recording two steals and an assist. Freshman forward Trevor Lakes scored all 12 of his points from the three-point line on four of eight shooting, while also recording a steal. Hall finished with 10 points, five assists, one block and a steal.

Lawton said that close wins like the Maryville game, although stressful, can be very exciting especially when the crowd gets involved.

“It’s surreal,” Lawton said. “I really didn’t expect that big of a crowd, but I’m glad they came out. They gave us energy the whole time… and really helped us get through this game today.”

The Hounds will face the Bellarmine University Knights in Louisville, Ky. on Feb. 22. Tip off will be at 8 p.m.