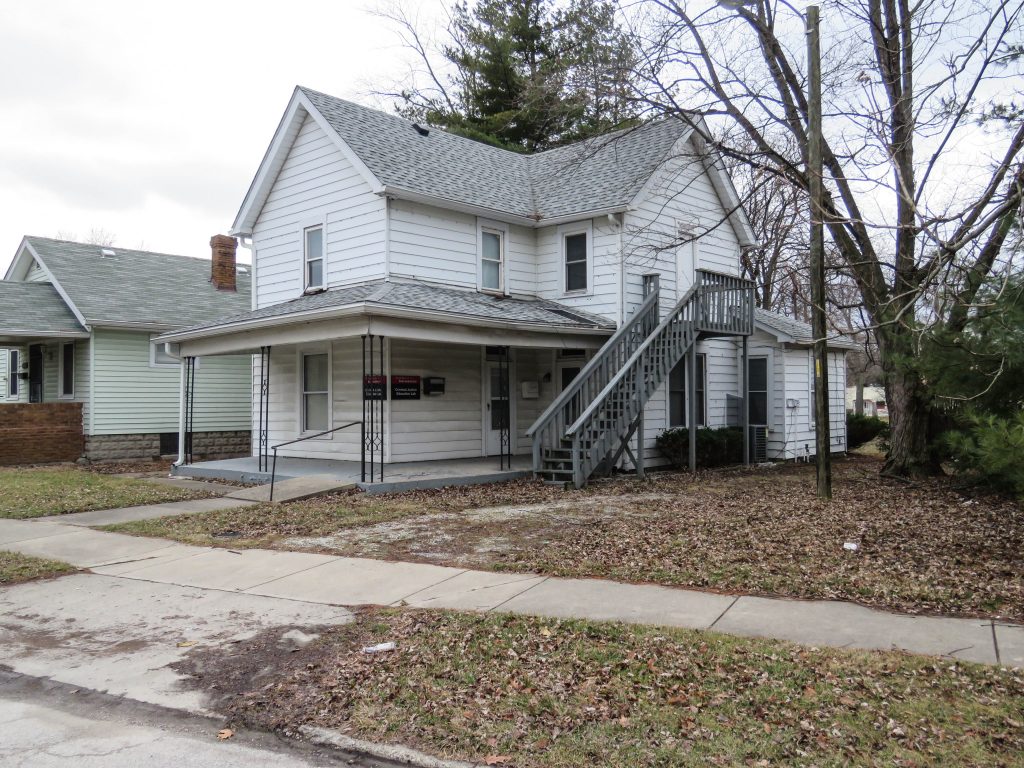 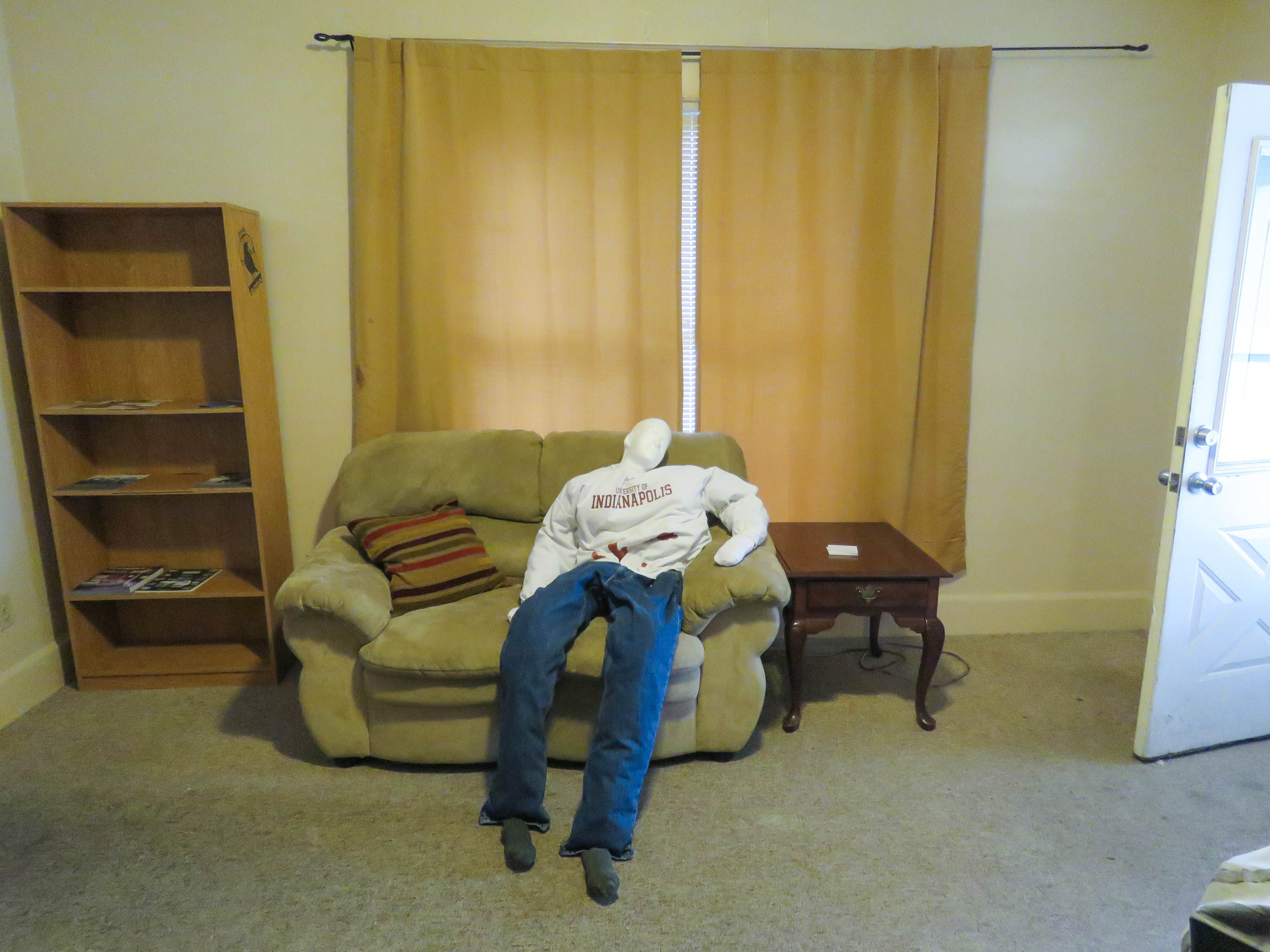 Beginning in the 2018-2019 academic year, the University of Indianapolis Criminal Justice Department will be opening a the criminal justice education lab where students will participate in mock crime scene investigations, to gain real experience in the field. According to Associate Professor of Criminal Justice Kevin Whiteacre, the house will be the only mock crime scene house in Indiana, and will be a historic event for UIndy.

The university previously owned a vacant house on Bowman Ave., and partnered with Indianapolis-Marion County Forensics Services Agency to have the lot rezoned for educational use. The IMCFSA will also be using the house, since they do not have a facility of their own. The Marion County officers will use the house to train and test their agents, according to Associate Professor of Criminal Justice Kevin Whiteacre.

“The house will be used for several purposes. It’ll be used by UIndy as well as the forensics agency [IMCFSA.] It will be used primarily for criminal investigation and crime prevention,” Whiteacre said. “The benefit for the students is that they can come in and talk to the agents being tested. It’s great to see real world forensics going on.”

The students will be able to use equipment such as magnifying glasses, evidence marks and fingerprint dusting to study the crime scenes. According to Assistant Professor of Criminal Justice Bruce Biggs, the students will get a different experience than other schools in the area because they have the ability to use this house and have access to the IMCFSA agents who will also be using the house.

“Most criminal justice programs use the most available space for mock crime scenes, where they borrow space to set them up which gets tense because you have to a lot of conversion because someone is coming in to use that space,” Biggs said. “So here, we can leave stuff up.”

Sophomore criminal justice major Isabelle Christman will be visiting the mock crime house next year in many of her courses. She said that she is excited to have this experience and something that will give her the extra edge when she graduates.

“I’m excited to go to the crime house because it’s supposed to be really realistic and supposed to be like a true crime scene. We’re being judged on how accurately we can go through and make sure we hit each point that we have to, like interviewing and collecting evidence,” Christman said. “It’s the real life experience for the field I’m going into that every [criminal justice] student hopes for.”

According to Whiteacre, the house and the outside area will be utilized for class use. Despite the equipment cluttering the area and adding increased traffic to the vacant house, Whiteacre said that the surrounding neighbors are supportive of the development of the criminal justice program.

“It seemed the neighborhood was supportive of the crime house. The house has been intermittently owned, but now it’ll have a more consistent presence and a consistent police presence,” Whiteacre said. “So it makes this area safer, and it’s cool what is going to be going on here.”

According to Biggs, the students will be visiting this house for hands on investigation and crime scene work in many of his classes in crime prevention, juvenile delinquency, police management administration and other classes across the scope of the Criminal Justice Department.

“We’ve increased the experiential learning experience for the students and then maybe see how we can expand it. This house is a really good start,” Biggs said. “We’ll talk about it in the classroom, and then come here and actually learn it. It’s like double loop learning.”

Christman said that she is excited to get on the grounds of the house and learn in a more hands on way.

“I’m most excited to learn all the techniques that people have to go through in order to accurately go through a crime scene and all the behind the scenes that happens when interviewing and collecting data that not many people know about,” she said.

“There’s a lot of good opportunities with it, so I think it’ll be popular,” Whiteacre said. “Not only that, we want people to come here and get trained and get ready to find jobs.”

A new course in criminalistics will also be added to the Criminal Justice Department, specifically in the CSI track. According to Whiteacre, the course will be taking advantage of the mock crime house the most, and give the students who plan do be doing the most work on crime scenes, the opportunity to get the most practice in investigating.

“In the fall, we’re offering our criminalistics course. It’s part of our new crime scene investigation tract and that’s where you’ll do a lot of the lifting of the fingerprints, measuring bullet holes and where they are and that sort of thing,” Whiteacre said. “Starting next year it will become a four hour class, two in the classroom and two hours on site in the lab.”

The house is still under renovation and the process to get it ready for  students and IMCFSA agents will continue until fall of 2018.

Registration to change at UIndy