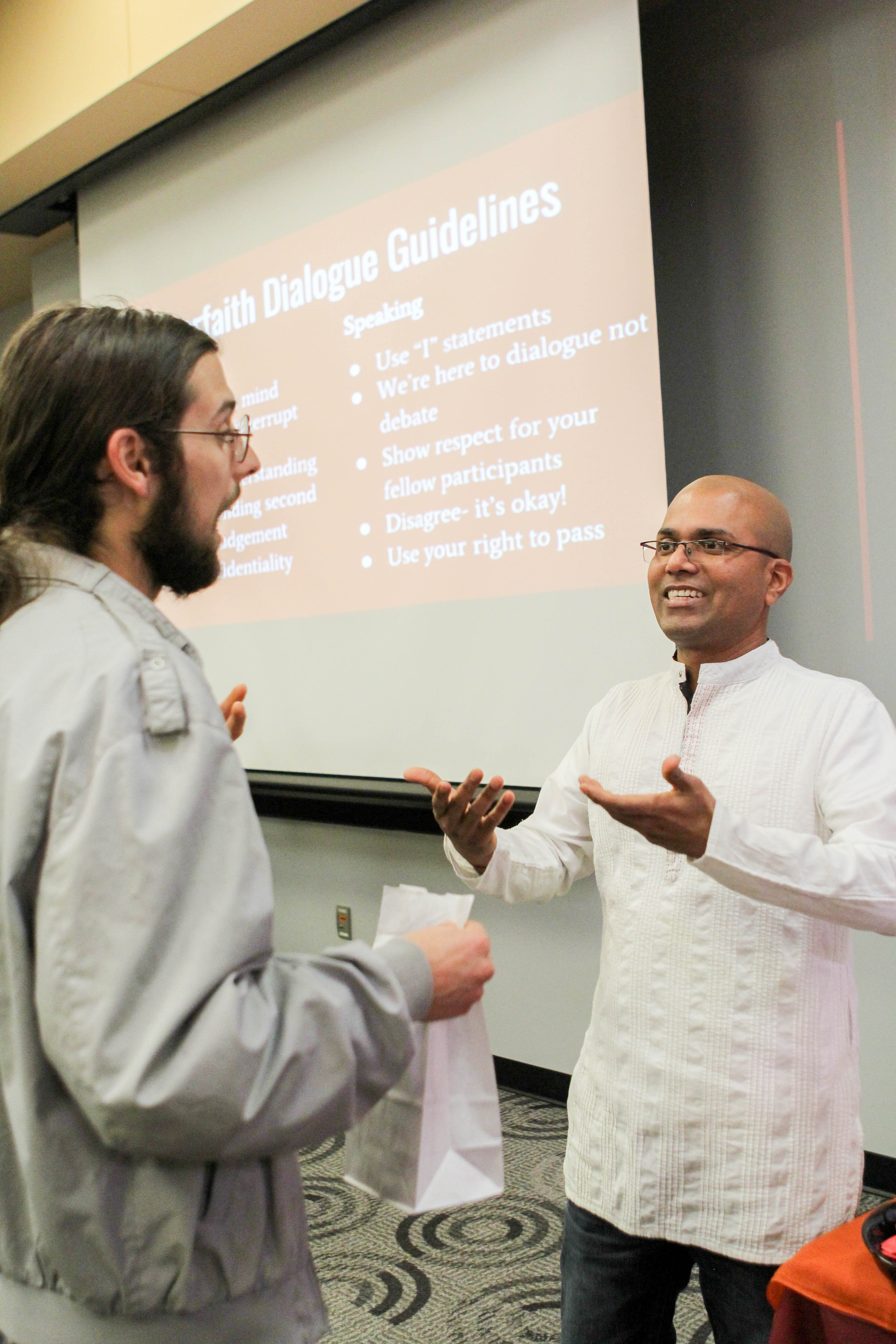 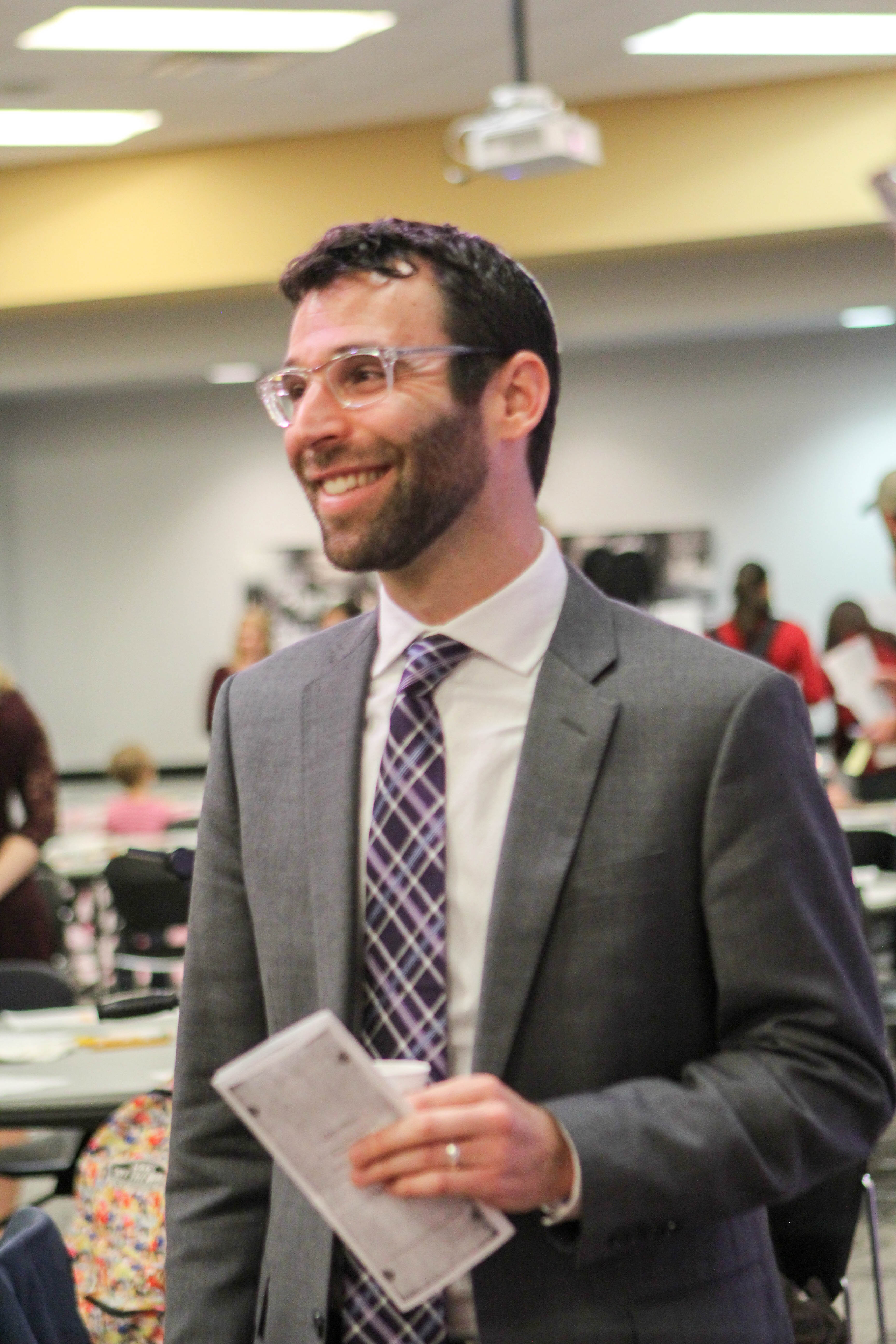 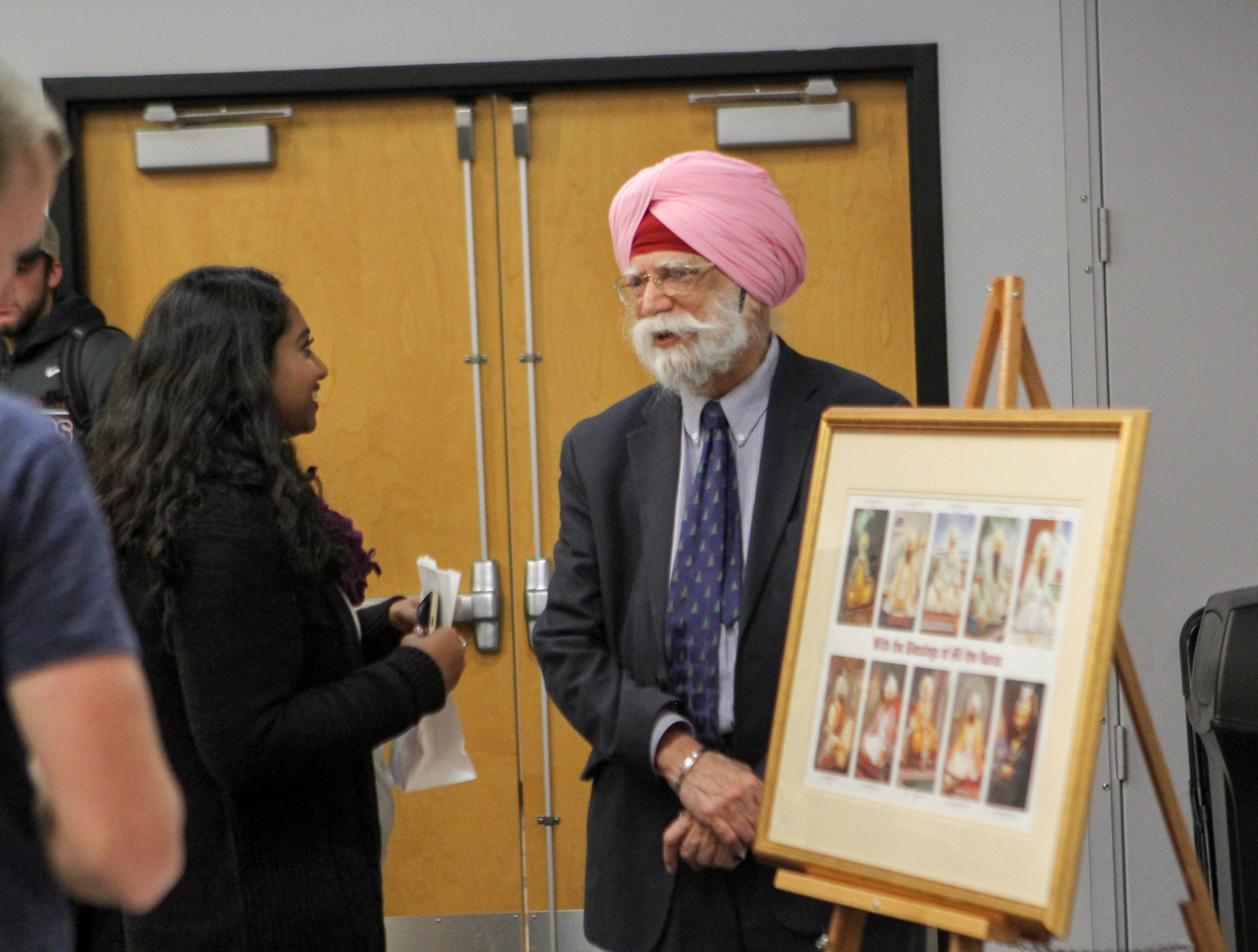 To help students recognize the other holidays besides Christmas celebrated in December the University of Indianapolis Interfaith Scholars held its second annual Interfaith Winter Festival on Nov. 28 in UIndy Hall.

The Interfaith Winter Festival also welcomed Rabbi Scott Fox, who spoke on the importance of discussing and being open about differences in faith.

Junior psychology and religion major and Chapel Steward of Interfaith Natalie Benson was in charge of organizing the event.

She said the festival was intended to help students better understand the different religions on campus and in the community as well as various holidays celebrated during the wintertime.

“We are just trying to get students to have a broader understanding of the different religions that are in the community and on campus,” Benson said. “We find that the best way for people to break down their stereotypes and open their minds is to actually talk to people from those religions. . . .We wanted to have more of a dialogue element. . . That way, students can get used to talking to each other about these things, rather than it be like the elephant in the room.”

At the beginning of the event, attendees had the opportunity to visit booths from various community groups and registered student organizations.  Several different faiths were represented, including Hinduism, Judaism and Paganism.

UIndy student groups such as Delight Women’s Ministry and the Catholic Student Association also had booths. These booths included games, food and general information about the traditions and beliefs celebrated by members of the religions.

After having some time to browse the booths, attendees had the opportunity to hear Fox speak.

Fox talked about the importance of embracing multiple perspectives between faiths, both different and alike, using multiple versions of the origin of Hanukkah story as an example, including “Herschel and the Hanukkah Goblins,” a children’s book.

“The holidays give us an opportunity to come together to not only learn about each other’s faith, but to be able to celebrate one another,” Fox said. “It’s incredible and important to have the opportunity to wonder together, to ask questions and use celebration as a time to understand each other.”

After Fox spoke, there was a question and answer session which gave attendees the opportunity to ask Fox about his faith and life.  Through these questions, Fox was able to reiterate a common theme from his speech.

“Judaism is not a list of rules and guidelines,” Fox said. “We have an understanding as a community, and the most important thing to do is question our faith, wonder and appreciate that there are differences. When conversing between faiths, we need to ask questions, be curious and find common ground.”

Freshman university studies major Lauren Bailey said learning new things about religion that she didn’t know before was interesting, and she said she loved that it was a way to bring students together.

“I feel like this really gets you into the holiday spirit and helps you realize that everyone has a big holiday this time of year,” Bailey said. “It’s a nice opportunity to come together, learn about each other and set a positive tone for the holidays.”