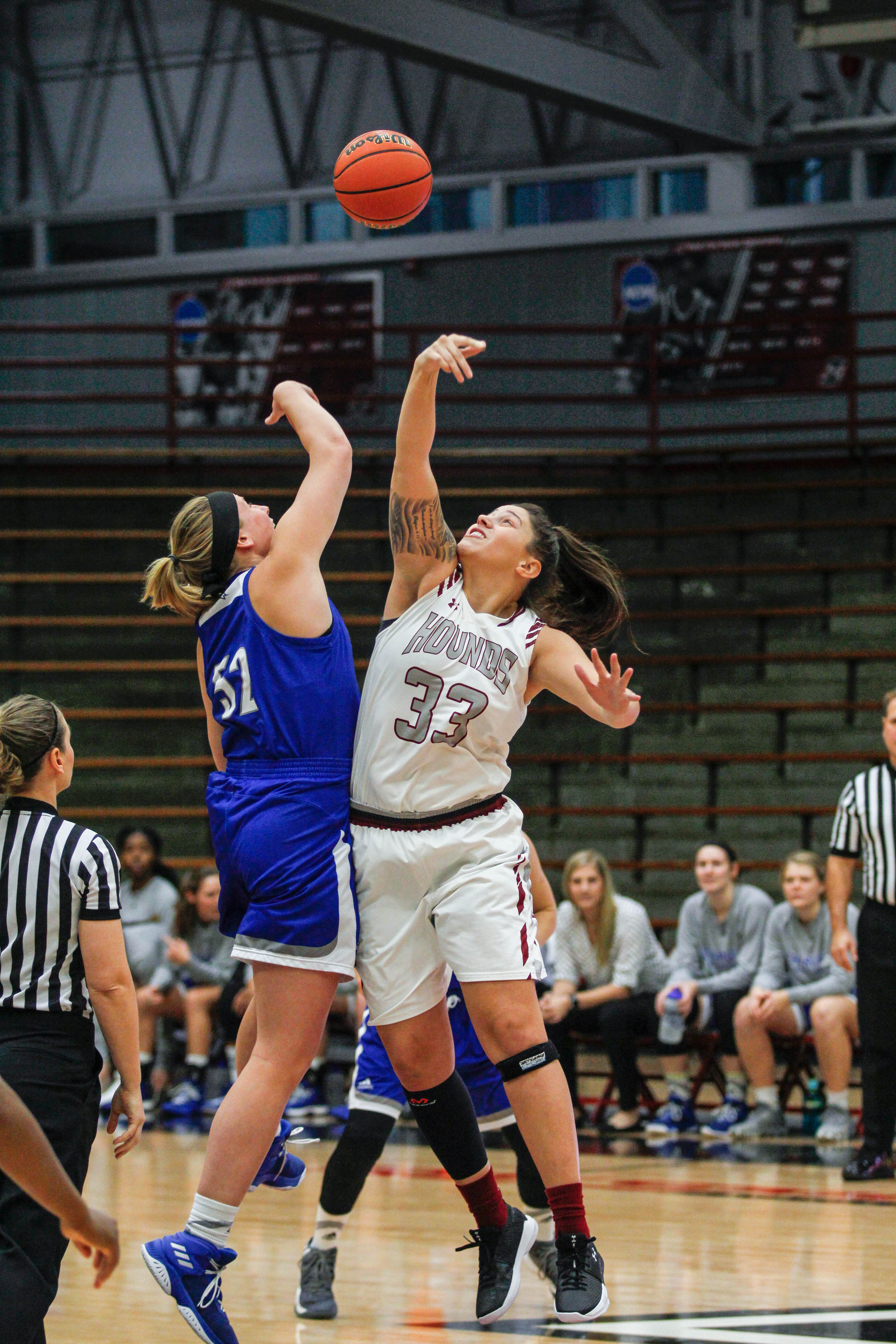 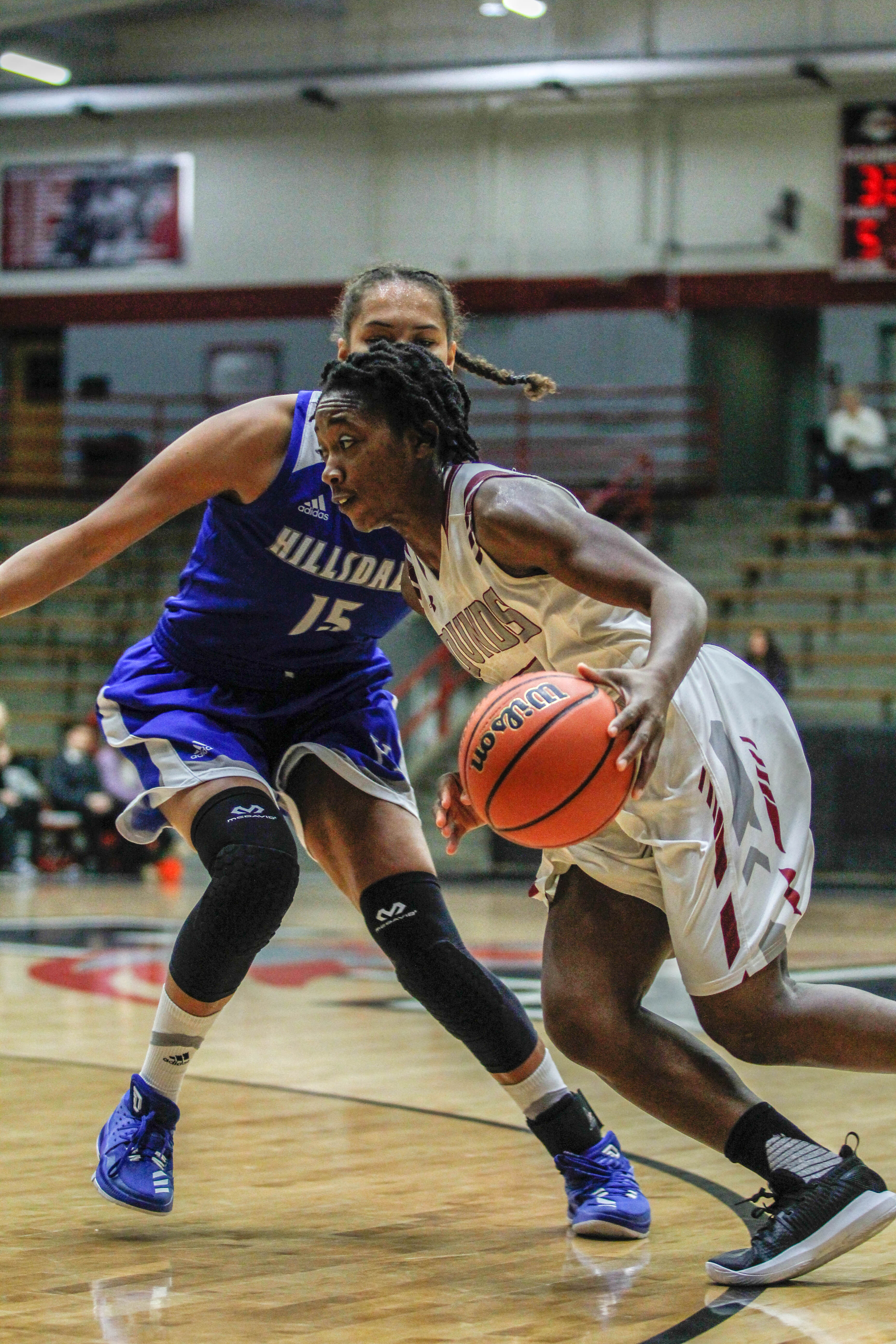 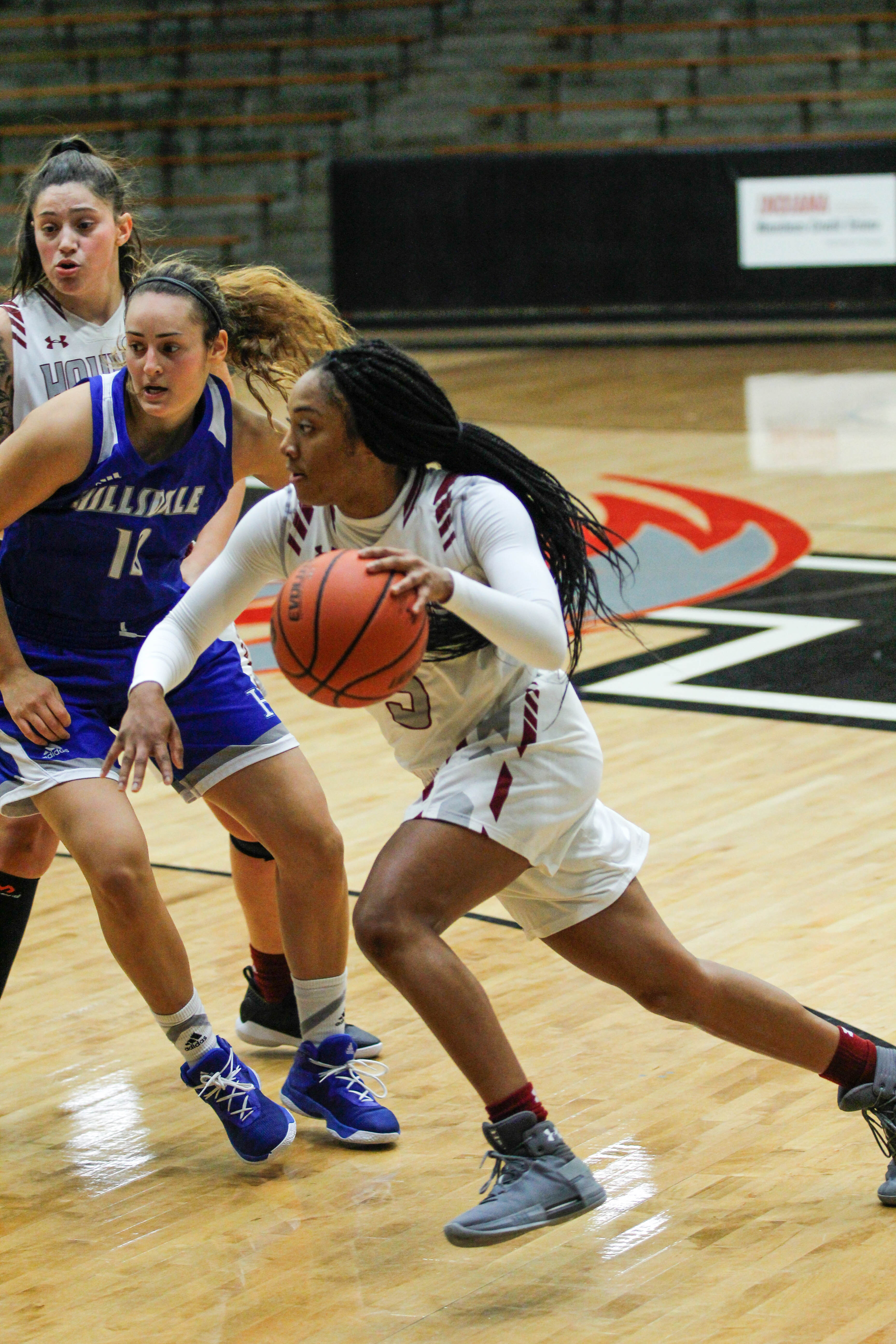 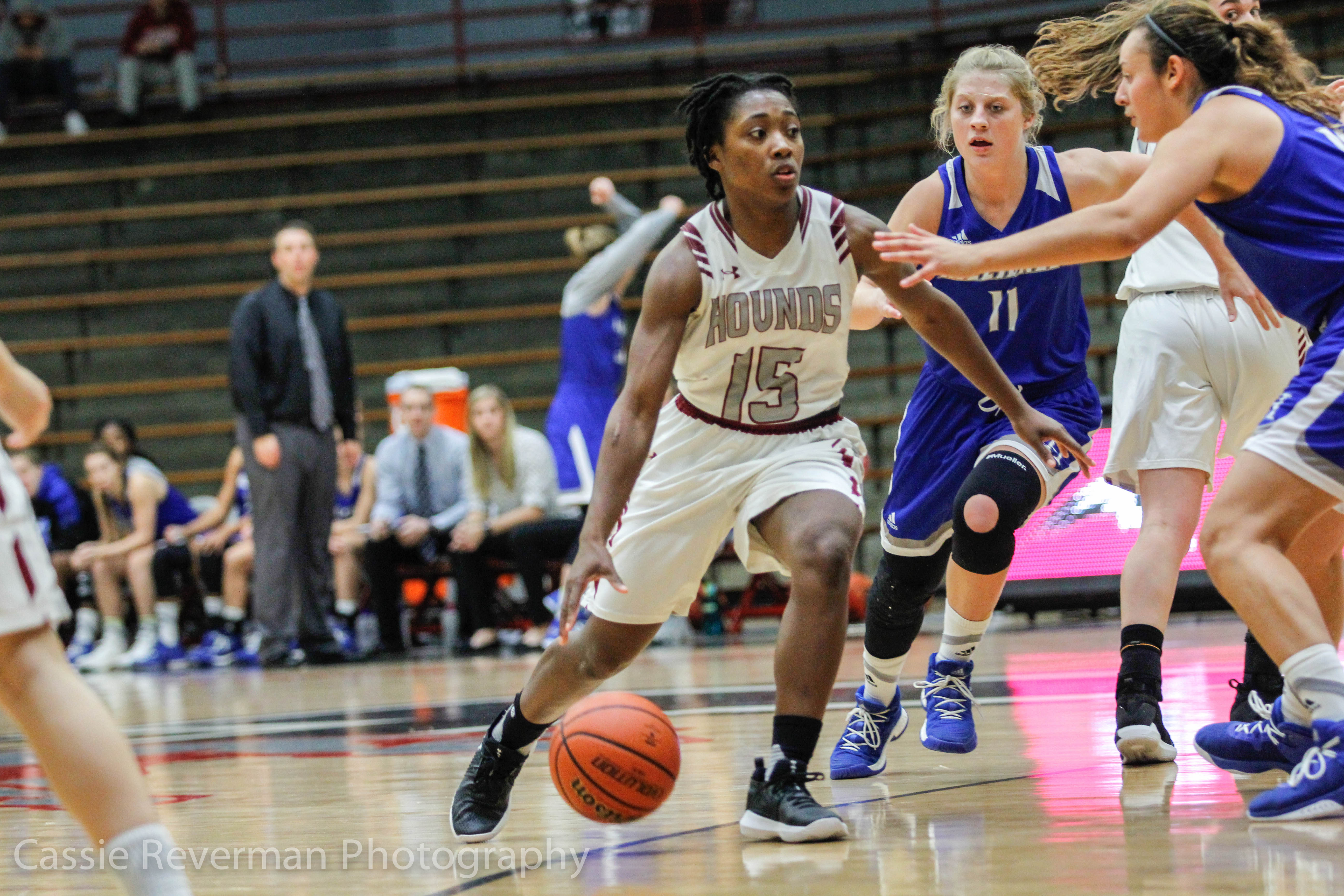 After ending last season with a record of 17-14, statistically their best since 2013-14, the University of Indianapolis women’ basketball team began their 2017-18 season. The women hosted the Grand Valley State Lakers on Nov. 17, and came out with a loss of 77-57.

The week prior, the women kicked off their season at the GLIAC/GLVC Challenge games, falling short to Northern Michigan University on Nov. 10, 53-59 and Hillsdale College on Nov. 12, 70-76.The Hounds started the scoring against Hillsdale with two three-pointers before allowing the Chargers to score. Hillsdale moved in to take the lead in the middle of the first quarter.

The Chargers kept the lead for the rest of the game with the Hounds trailing closely behind. The Hounds almost recaptured the lead at the beginning of the second quarter, when senior guard Sarah Costello hit a three point shot. This brought the Hounds within one point of the Chargers, before they pulled ahead and expanded their lead over UIndy, and eventually captured the win.

In the women’s season opener against Northern Michigan, senior guard Martha Burse scored the Hound’s first basket of the season to open up the game. The Hounds led for almost the entire first half, going into the break with a 30-27 lead. The Wildcats pulled ahead at the beginning of the third quarter and kept the lead going back and forth until the middle of the fourth quarter, where they pulled ahead and defeated the Hounds.

According to Head Women’s Basketball Coach Kristin Woodrich, the Greyhounds played strong games despite the losses.

Woodrich said that there are areas they need improvement including rebounding and ball movement, however the girl showed strength in press defense, hustle, and effort. Woodrich said in just her second season as head coach, she has learned a lot about coaching.

“I think the biggest thing is to stay consistent and to keep working hard, keep teaching the game, and every day just try to get a little bit better,” Woodrich said.

Burse also said that she is positive about the team’s effort so far this season, and said that they are getting even better this year.

“I feel like we are gelling a lot better compared to last year still trying to figure each other out. Things are better gelled so you know what to expect from certain people and what certain people bring to the table,” Burse said. “We are a lot stronger both physically and mentally…I feel like we didn’t go as far as we wanted to last year,” Burse said. “So this year we plan on going even further and making a bigger name for ourselves than we did last year.”

The Greyhounds will travel to Tiffin, Ohio to face off against the Tiffin University Dragons on Nov. 22 at 7 p.m.