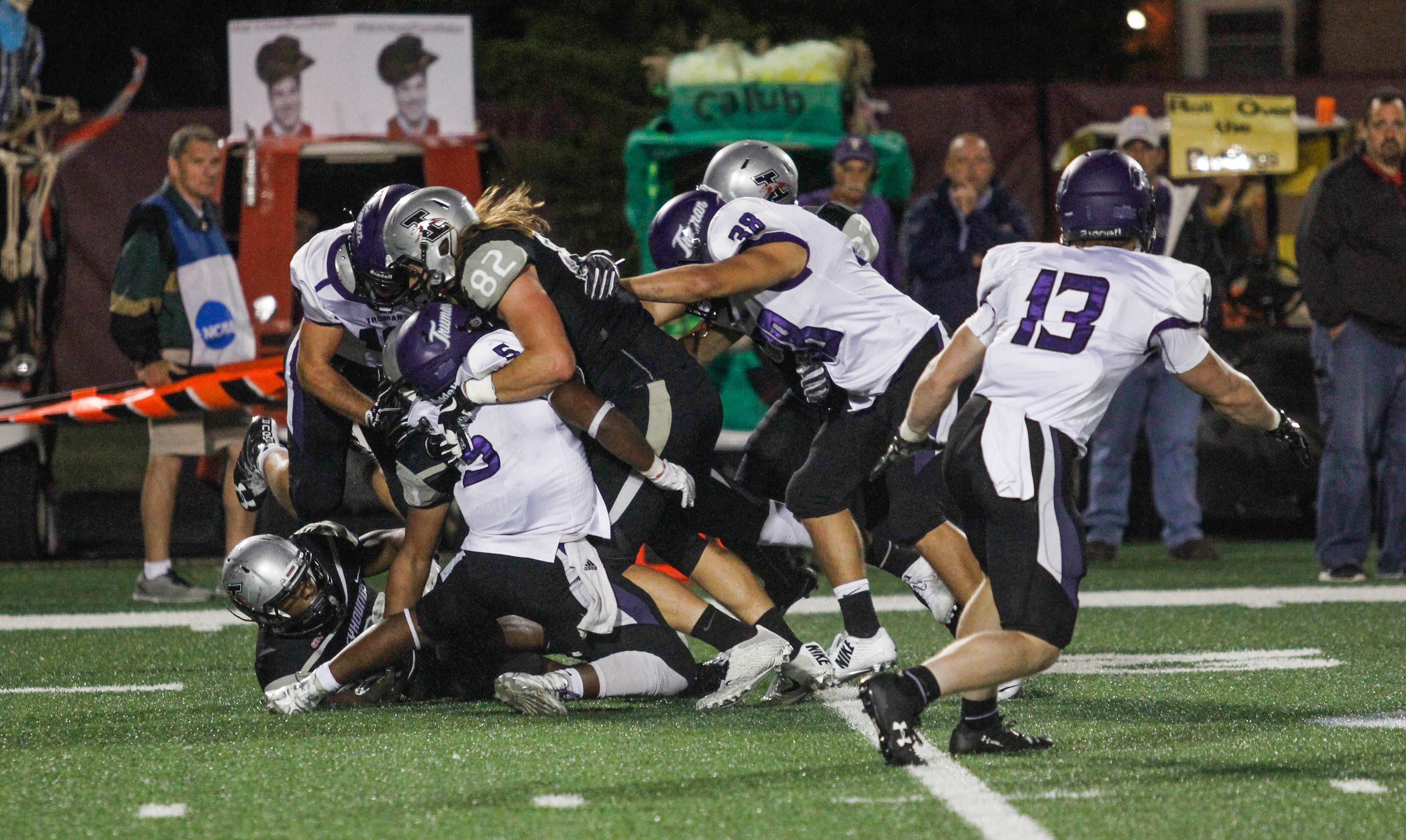 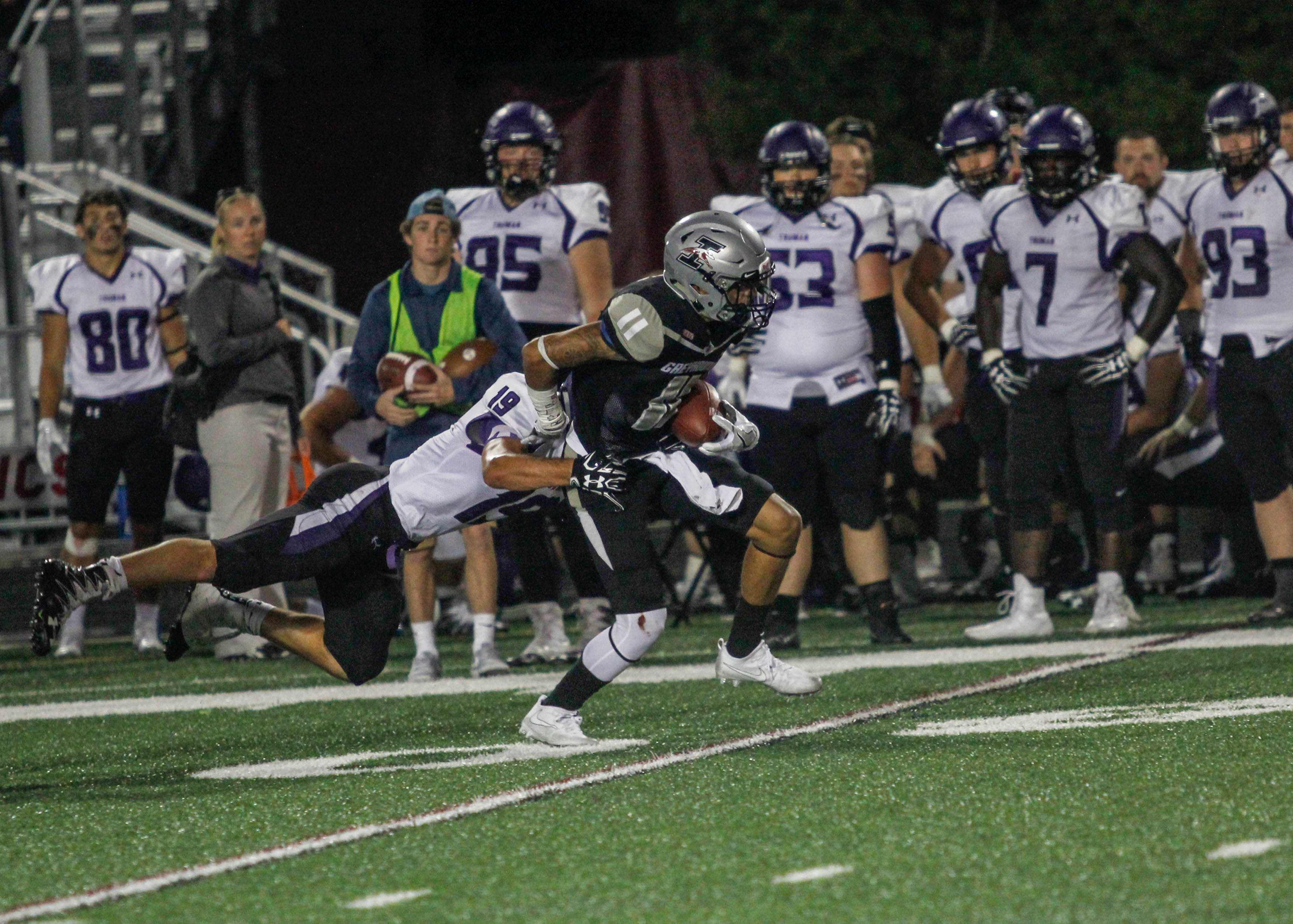 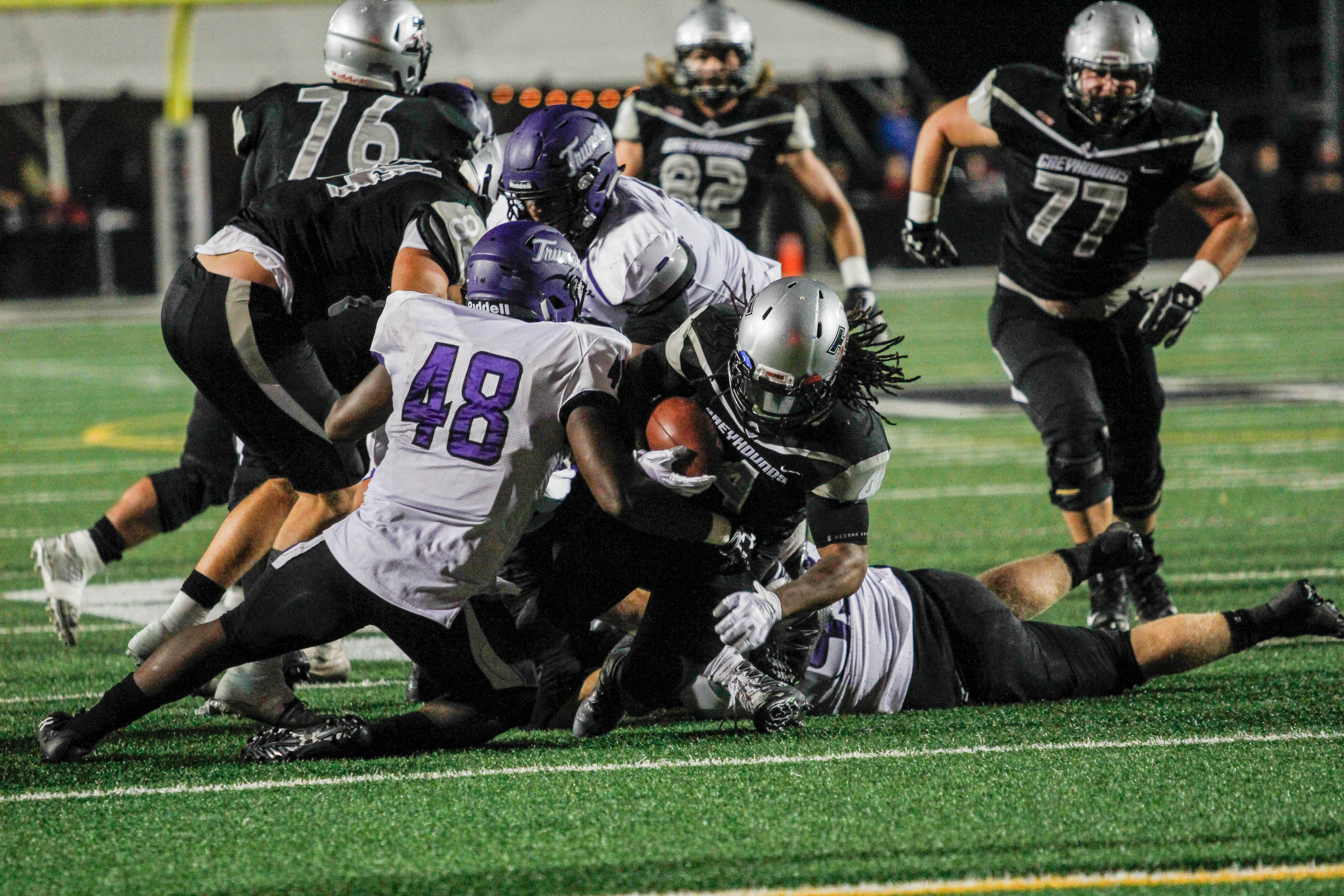 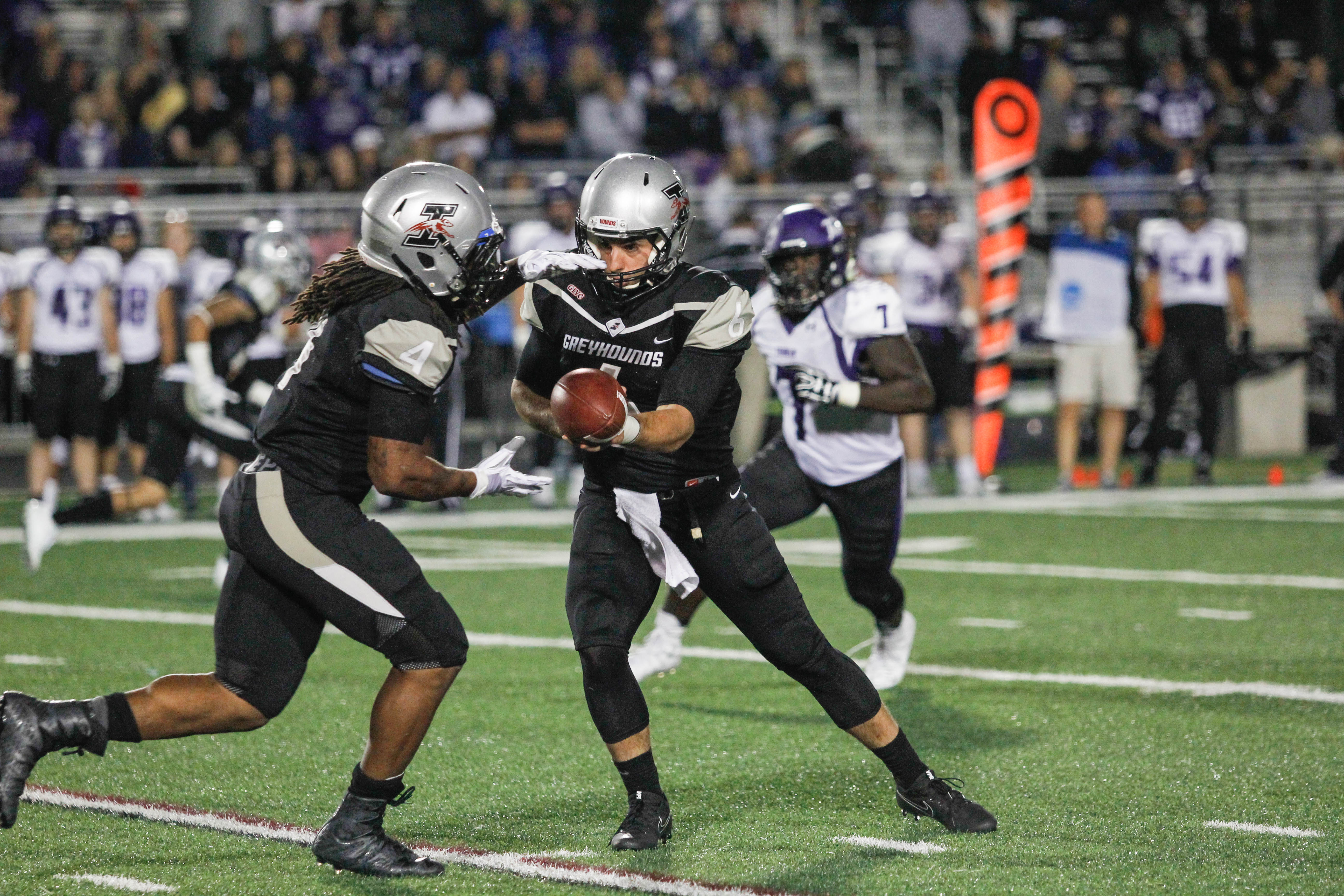 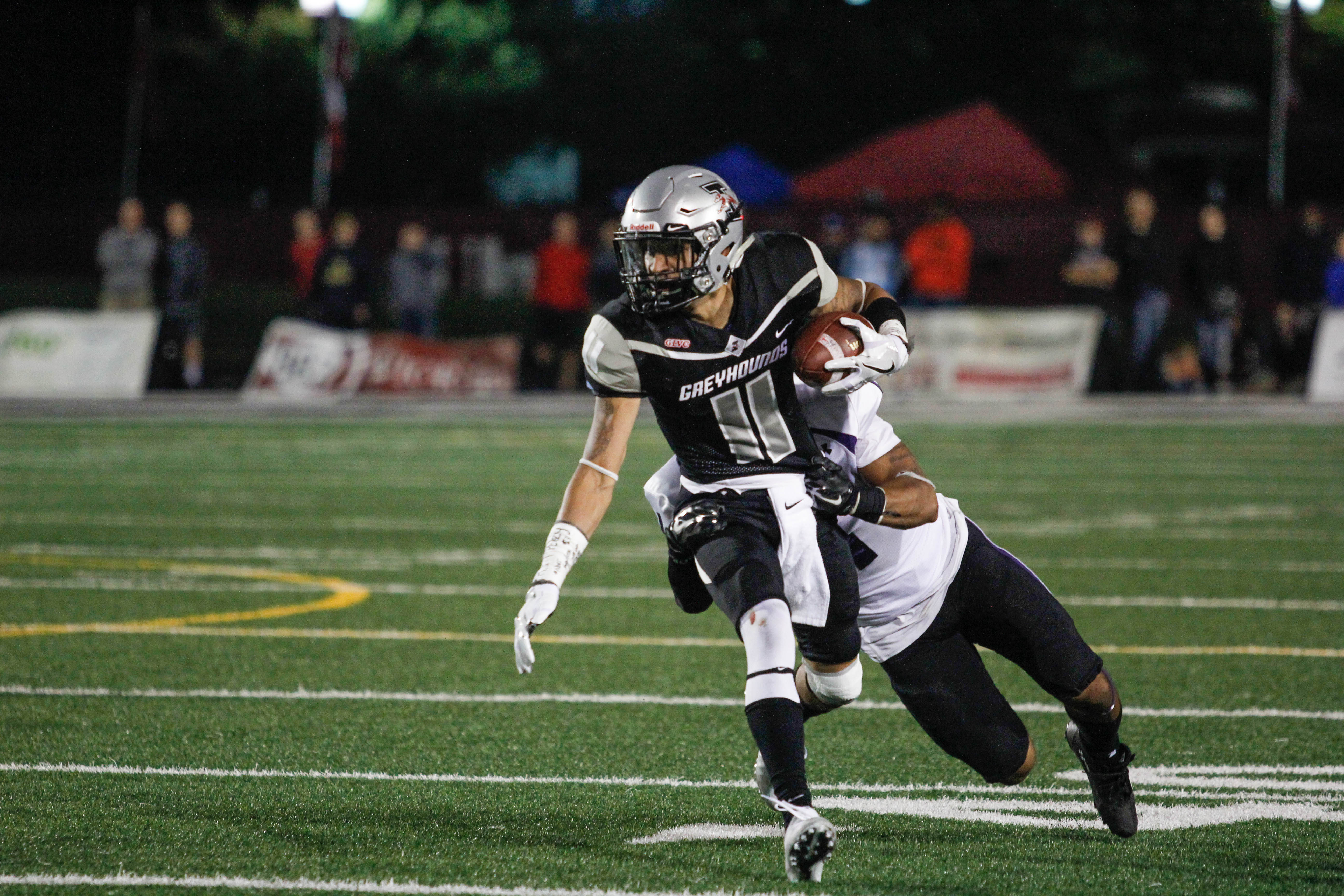 After defeating the McKendree University Bearcats  28-10  on Oct. 7, the University of Indianapolis football team  adding onto their undefeated record of  6-0.

The game was predicted to close with both teams being 2-0 in conference play prior to the game. The win also put the Greyhounds first in GLVC standing.

The Bearcats were the first on the scoreboard with a field goal, putting them ahead 3-0. Soon after, the Greyhounds responded with a touchdown run from redshirt senior running back Tuwan Payton. This put the Greyhounds in the lead, which they did not give it up for the rest of the game.

Before the end of the half, redshirt freshman wide receiver Aaron Matio extended the lead with touchdown, ending the half with a score of 14-3.

In the second half, the Greyhounds scored again with another touchdown by Payton, bringing the score to 21-3. After the kickoff, redshirt senior tight end Collin Timmons recovered the ball in the McKendree 6-yard line, preventing the Bearcats from putting their offense on the field once again.

As the minutes ticked off the clock,  rain poured over Leemon Field. Both teams restricted their plays to running the ball which shaved minutes off the clock, in the Greyhounds’  favor.

The game ended 28-10, and the Greyhounds extended their undefeated record with an away win.

Junior linebacker Cole Sigmund totaled 20 tackles on the day, the most in one game from a Greyhound since 2004. This was followed by redshirt freshman defensive back Mitch Dewitt who achieved 14 tackles in his first career start. As a team, the Hounds totaled 47 rushing yards.

The Homecoming festivities were capped off by the football game against Truman State University on Sept. 30. The Greyhounds built on their undefeated record by beating the Bulldogs 34-19.

UIndy started slowly without scoring on its  first three drives. The Bulldogs got on the scoreboard first with a field goal followed by a touchdown, putting the Greyhounds down 10-0.

“I like to think of myself as someone who can bring a little bit of engine to the offense,” Willis said. “Offense was struggling early, so it was important for me to play and get us on a positive note. Jake threw a great ball, and the offensive line blocked to get me open to score.”

The Greyhounds kept their scoring momentum and scored again with an 86-yard punt return touchdown from freshman wide receiver Daveon Bell. Bell’s punt return is the second longest in program history. After the Greyhounds were up in the game 14-10, they did not give up their lead for the rest of the game.

In the second half, the scoreboard remained unchanged for the first 11 minutes of the game. The Bulldogs had a chance to score with a drive that put them at UIndy’s 38-yard line. After failing to get a first down, Truman was forced to punt the ball, which was blocked by redshirt sophomore defensive line Jacob Schmatz.

Special teams were particularly important in the game. The Greyhounds blocked a punt, returned for a touchdown and had important stops in punt return that kept the Bulldogs at bay. According to Head Coach Bob Bartolomeo, special teams were effective in this game because the strategy is designed specifically for each opponent the Greyhounds face.

“Each game [and] each opponent we face, we prepare for individually each phase [of special teams],” he said. “Punt, punt-return, kick-off and kick-off return are getting a lot of attention individually for each team that we play.”

The Hounds continued to put more points on the scoreboard and the game ended 34-19. This victory marked the team’s fifth consecutive win, the highest consecutive winning record in program history. According to Willis, the winning record is an important milestone for the team, but in a broader scope, the players look at every game individually.

“It means a lot [to be 5-0],” he said. “We’ve been working all season to get to this point, and this year we’re making sure we focus on every single game, take it like we’re 0-0 and make sure we’re prepared for each game.”

Winning against the Bulldogs mean that the Greyhounds have defeated both of last year’s conference co-champions. According to Bartolomeo, these “revenge” games are another motivator for the team, and every win feels better than the last.

“We try to point out payback games,” he said. “It’s self-gratification. We feel better about ourselves, and it motivates the team to go for the next one.”

This week the Greyhounds will host the  Quincy University Hawks on Oct. 14 in Key Stadium. The game will kick off at 6 p.m.