Week for women held on campus 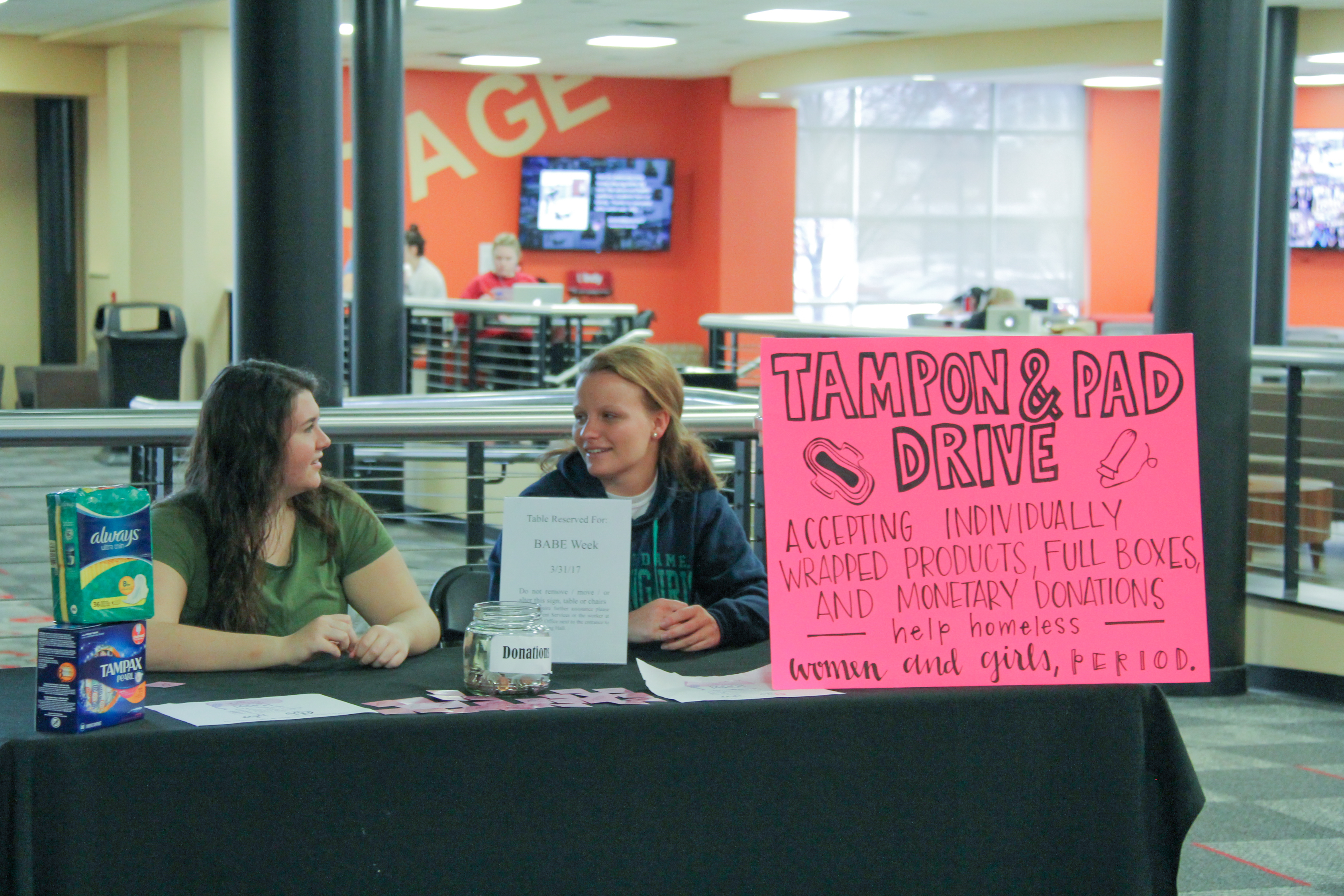 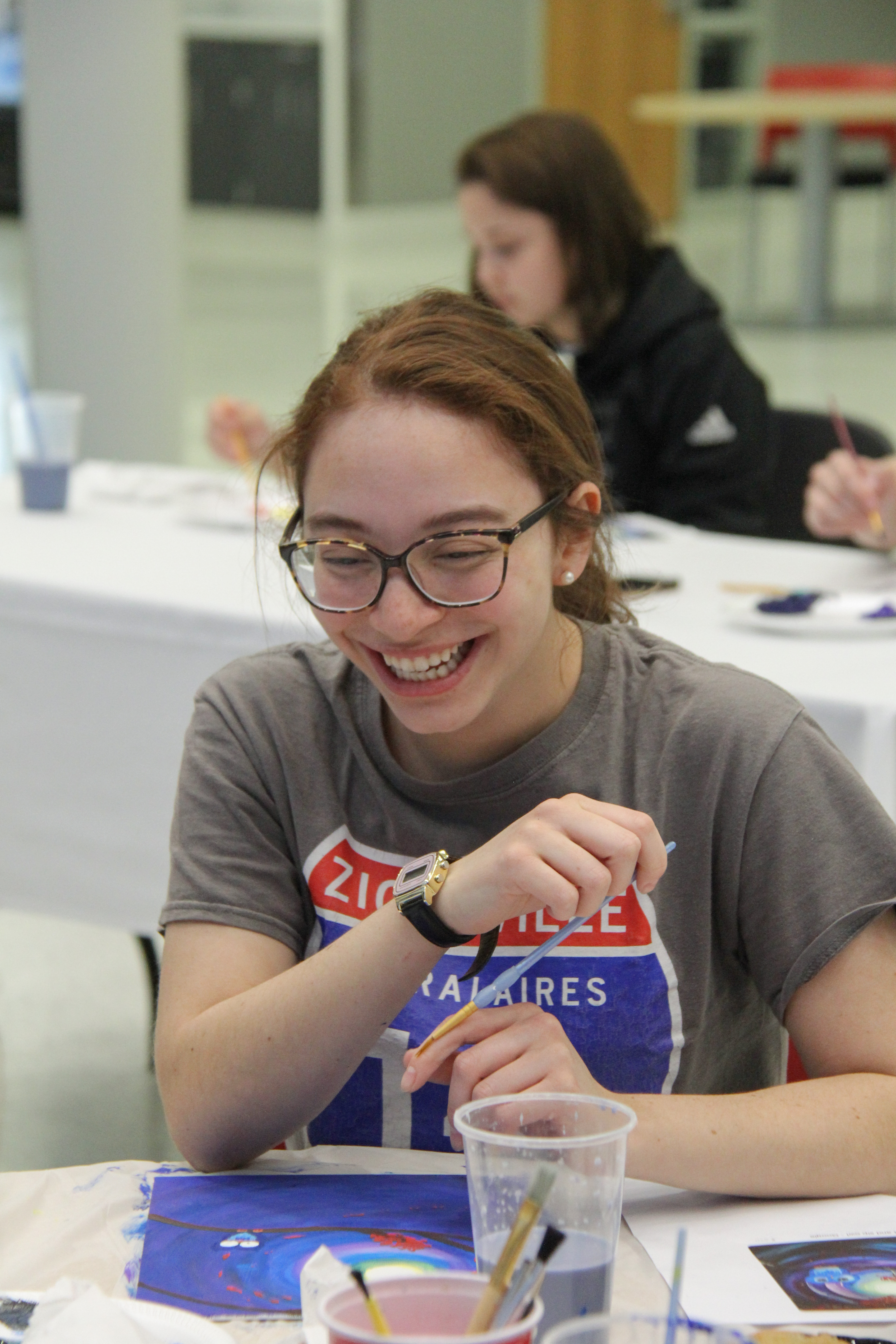 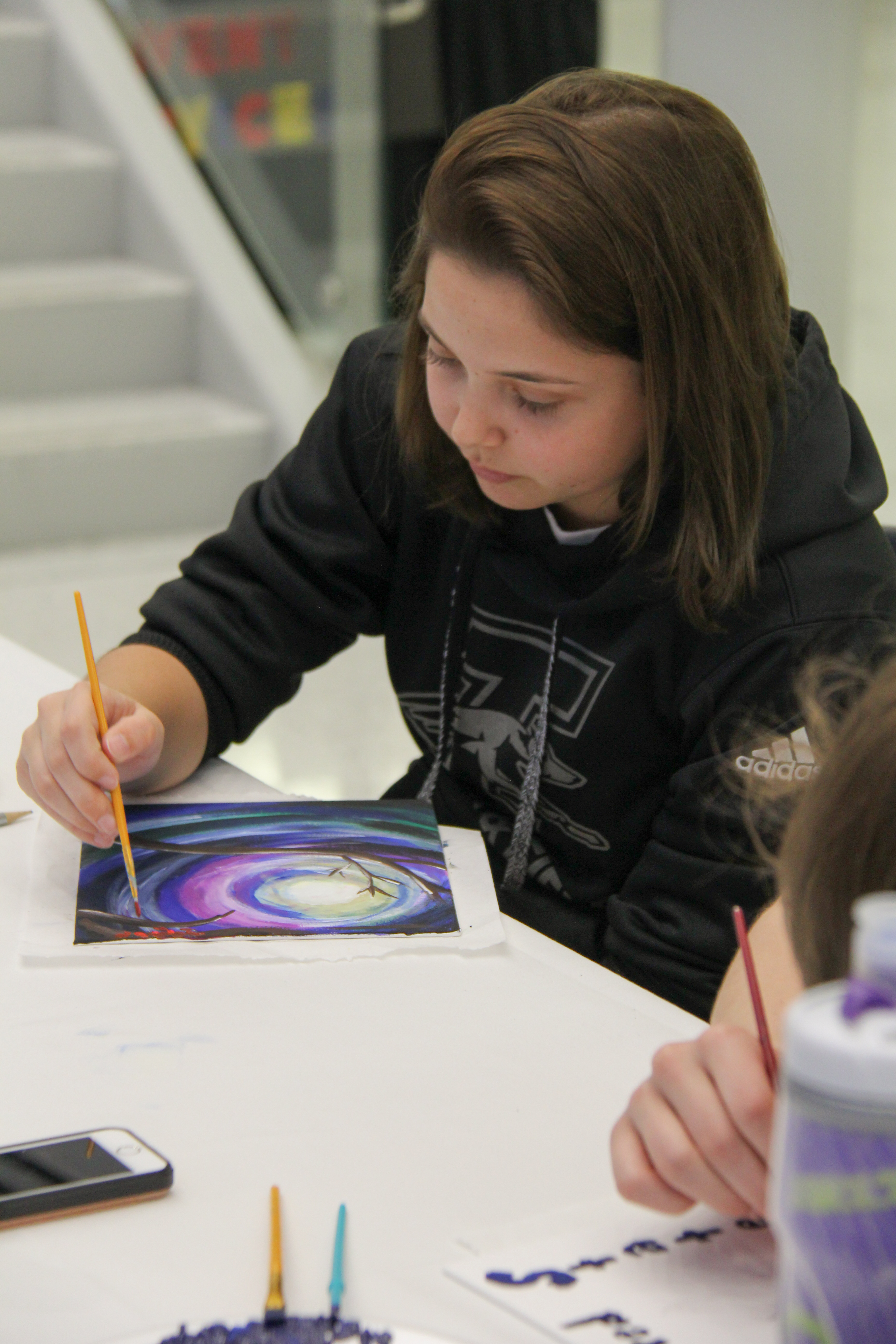 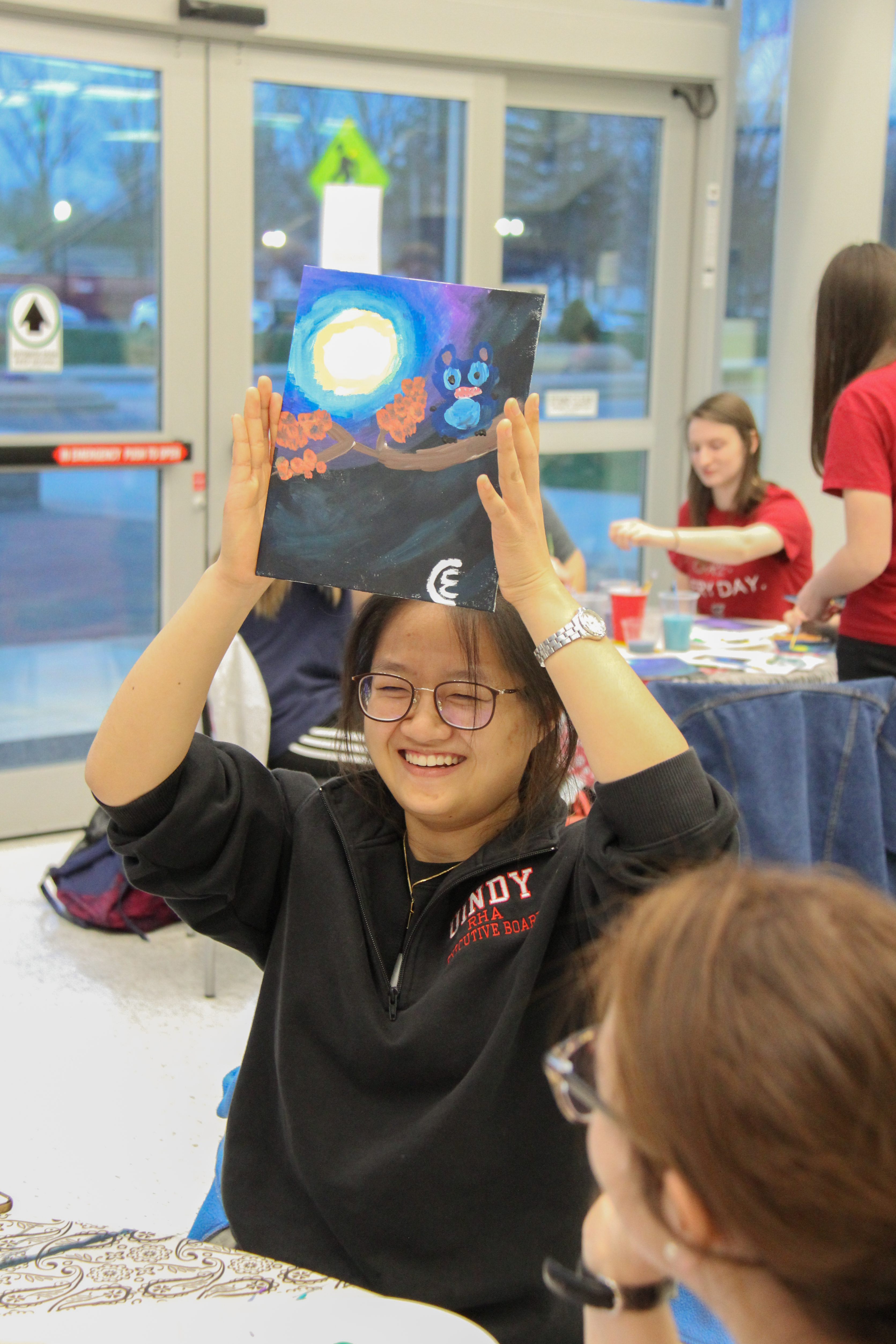 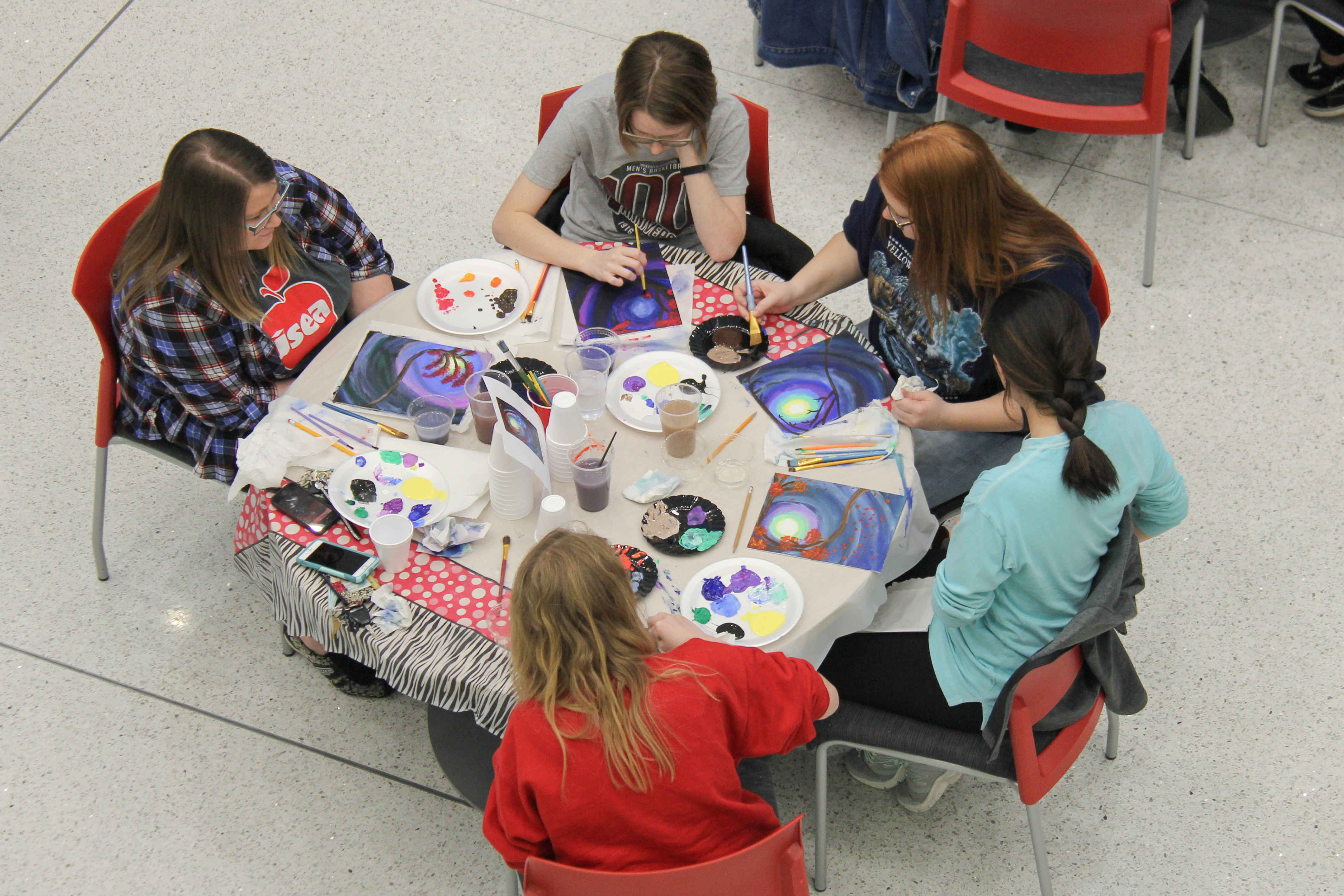 During the last week of March at the University of Indianapolis, Delight Ministries and Salt and Light Ministries organized activities for a week that goes on nationally called BABE Week.  BABE is an acronym for Be Authentic Be Empowered. The two women in charge of the events held on campus were sophomore nursing major Adrienne Henke and sophomore elementary education major Erin Burton. Along with the events for BABE Week, a table located in the Schwitzer Student Center was set up for the Tampon and Pad Drive. The drive was organized by Brianna Myers.

Haley Bowers, formerly the chapel steward of Salt and Light, graduated in December of last year. Bowers’ initial idea, according to Burton, was to have a week to celebrate the authenticity and empowerment of women and incorporate that into a week of self-care and relaxation for UIndy’s female students. Bowers wanted this event to happen during a time that is most stressful for students on campus and out of the way of other holidays and major campus events during the fall semester of 2016-17. Burton was selected to take over Bower’s position and organize the events for the spring semester.

“The whole week is a collaboration between Delight Ministries and Salt and Light by promoting BABE Week within our own groups. But of course we didn’t want to make anything exclusive, so we put stuff up on the My UIndy events calendar. For the most part, we were promoting it among our girls,” Burton said. “We have a different event for every night. We have a little scripture for each night. In the first one, it talked about self-care and how it is important to be yourself and just remember that God has everything under control.”

“Because it is the time of the year where everything is stressful, everyone is busy getting ready for finals and stressed out, we wanted to take time to all come together as a group of women who want to encourage and empower one another in love,” Burton said.

Burton wanted the events for BABE Week to centrally focus on women’s empowerment.

“Something that we really wanted to focus on is the fact that there is no right way to be empowered as a woman,” Burton said. “There is no ideal woman of who other women should be like…. We just need to empower ourselves. And as long as we have a clear picture of who we want to be, and to be confident in ourselves, then that’s great, and we should pursue that with all that we’ve got.”

BABE Week, which is not just specific to UIndy alone, is a national week for all females who choose to celebrate it.

“Each BABE Week is independently run by those who choose to engage,” Burton said. “A lot of people have decided that they like the idea of being authentic and being empowered, so they adopted their own week. We decided, then, to adopt our own, too.”

Throughout the week, Delight Ministries and Salt and Light Ministries were able to receive several donations. Not only was there money donated, but feminine products were donated as well.

“We’ve had a couple hundred individually wrapped product donations as well as monetary donations,” Burton said. “So far, we’ve got[ten] about $60 to $70 in [monetary] donations. Our goal was to be able to set up at a lunch table, because what girl doesn’t have a tampon in their book bag or purse, and they could just throw a couple or a few products into a tub as they walked by.”

By UIndy partnering with Fletcher Place Community Center, located within close proximity to UIndy, the donations, both monetary and products, will serve the women and girls they have taken in.

“We chose to donate to a community center that is for the homeless where there is a soup kitchen, a free store, a kindergarten school for those who can’t afford to send their kids to a good school right away. They informed us that they needed tampons and pads for their girls because it is considered a luxury item, and they can’t get them with food stamps,”  Henke said. “Partnering with them worked out really well in collaboration with BABE Week because of the women we’re serving here and there.”

Because women do not consider feminine products to be luxury items, Henke and Burton researched what women who lack the products do in order to get through the days of their cycles.

“We researched what homeless women do when those products are not readily available for them. They either choose to pay for those products with the money that they have and not eat for a week or they do eat and somehow figure out an unhygienic way to go about their periods without feminine products,”  Henke said. “That shows that those products are a necessity and that there should be no reason for them to be considered a luxury item.”